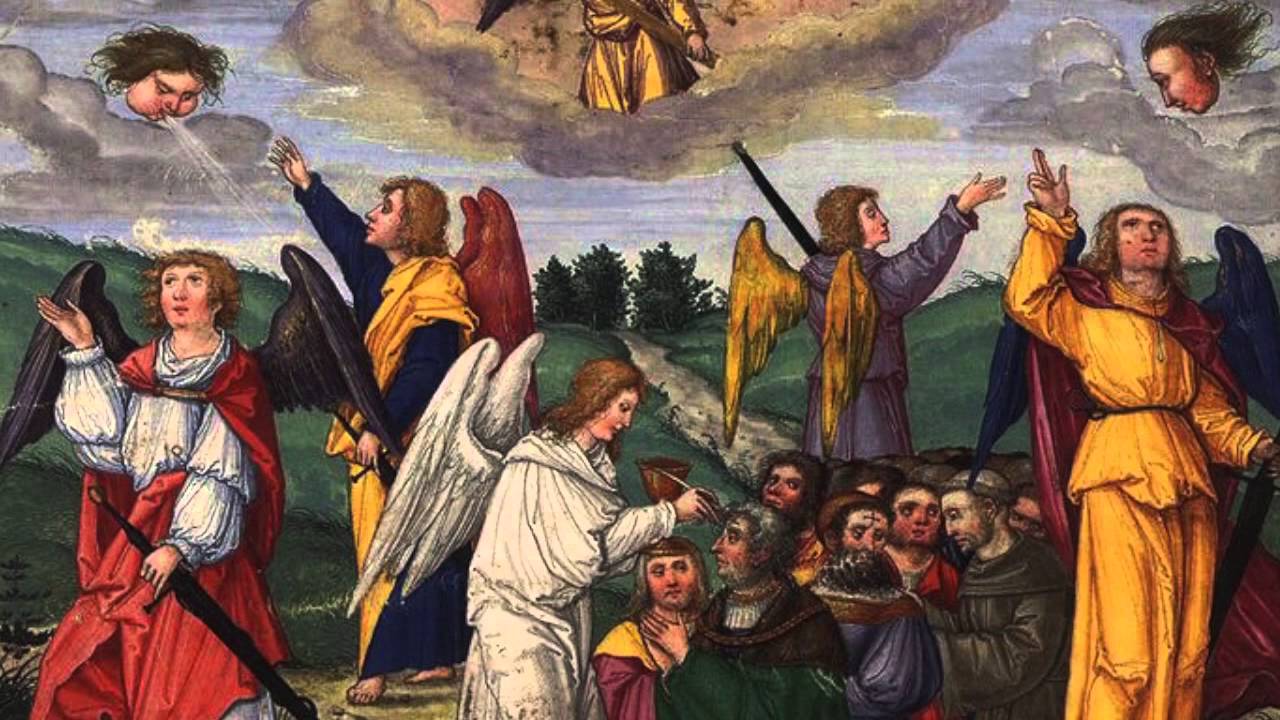 Jesus concludes the Parable of the Workers in the Vineyard declaring, “So the last will be first, and the first last. For many are called, but few chosen.”

Who are the chosen? They are the last who are set to be the first. In the context of the parable they are those to whom the landowner chose to “do what he wishes” with his own things, which was “whatever is right (just)” and “good,” as the parable makes clear.

Simply put, the chosen are those God wishes to select as the objects of His abundant goodness, something He declares right and just. They receive their wages not as reward, but as “whatever is right (just)” due to God’s goodness. As St. Paul writes to the Romans, “Now to him who works, the wages are not counted as grace but as debt. But to him who does not work but believes on Him who justifies the ungodly, his faith is accounted for righteousness.” (Romans 4: 4-5)

What about the “few”? Why does Jesus say, “Few are chosen”? Are only a few to be in heaven? Are the “called” the many who are baptized and go to church, but the “few” are the elite frozen chosen who really give their hearts to Jesus? Who truly surrender to Jesus? Or who join a monastery? Or who among all the “sheeple” are enlightened?

Indeed, that is as the Gnostics believed, that there is an elite few who truly received the grace of gnosis. Gnostic movement throughout history has always begun when a handful of “frozen chosen” in any congregation believe the are elect by God and have a special insight into the truth, who are purified above the rest.  The text does not support that interpretation. The focus is on the chosen as the object of grace, not on the special insight they gain because of this fact.

What then? Who are the few? The Greek word for “few” can also be “small” or “little.” It’s the same word used when Jesus says, “Oh you of little faith.” It’s not a quantitative statement, but a qualitative one. It’s in the spirit of St. Paul’s words when he says:

God has chosen the few, the small, the little, the weak, the things that are not. Ultimately, what drives this theology is the cross of Christ.  On the cross Jesus was all these things.  Christianity has always been a religion of the “few,” the little, and the weak.

But it all begins with Jesus. Jesus is the ultimate “chosen one,” as Isaiah 42: 1 reveals: “Behold! My Servant whom I uphold, My Elect One in whom My soul delights!” You can’t get fewer than One!

This truth – the Christ is the Elect One – helps us grapple with predestination as well. The doctrine of predestination was never intended to cause anxiety for Christians, as it does for all puritan movements – Am I among the elect??? Do I demonstrate my election by my purity enough??? – but hope and joy. Rather, when your focus is not on whether you are elect or not, but that Christ is the Elect One, your goal is no longer to validate your election by reference to yourself, but to be in Christ.

In reference to yourself, you’ll always have nagging doubts – Am I pure enough? Knowing whether you’re in Christ or not – precisely because He is in the flesh and His Church is His Body – is a rather simple question. Are you baptized? Are you in communion? Are you in the Church? Then you are elect! St. Peter, when discussing how to make your election sure, ultimate counsels his readers to fall back on baptism: The one who doubts his election is the one who “has forgotten that he was cleansed from his old sins.” (II Peter 1: 9)

Do you see how Christ’s incarnation makes election a simpler issue than it does when the incarnation is downplayed? Think of it this way. Let’s say you’re a contestant on the Bachelorette. It’s down to five bachelors remaining and the bachelorette is going to choose one of you (I have no idea how the show runs so I’m going to frame it that way) for her final mate. As you stand there in a row of five, the bachelorette facing all five, you wonder whether you are the chosen one. All you have are feelings, intuitions, dreams, and whatnot. In other words, you have nothing. Not until you get that rose and a hug from the bachelorette – both physical things and signs – do you know for sure.

God’s election works the same way. Between God’s election and us is Christ’s physical person and physical Church, Who is and Which is God’s Elect One. To be in Christ and His Church is to be in the Elect One. This St. Paul teaches when he writes, “He chose us in Him before the foundation of the world.” (Ephesians 1: 4)

Now, what of the called. “Many are called, but few are chosen.” Again, how silly to turn this into a passage more conducive to Gnosticism, where the chosen are those who “go the extra mile” and do something greater, higher, and more pure than all those run-of-the-mill sheeple who fill the pews. The chosen aren’t the “go the extra mile” types, but just as it says, chosen. Chosen by God’s grace.

But back to the called. Who, then, are the called?

Given the Jewish context of the parable and Jesus’ big theme that He is something greater than Moses, the Temple, and the Sabbath itself, and that God will raise up a new people from the stones, we can’t help see in Christ’s parable a contrast between the Jews, who “bore the burden and heat of the day” and the gentiles, who are latecomers to God’s grace.

With this framework, the many who are called would be the “many sons of the called one,” Abraham. Abraham was called in Genesis 12, and Abraham’s name means “Father of many.” In Abraham’s call, many were indeed called. Many were called, but many also fell away in faithlessness, getting the evil eye of jealousy that God’s grace would be open to those who didn’t bear the burden and heat of the Law.

That should not be a cause of pride for gentiles, those late-comers to God’s goodness, but as St. Paul writes, “Because of unbelief they [the Jews] were broken off, and you stand by faith. Do not be haughty, but fear. For if God did not spare the natural branches, He may not spare you either. Therefore consider the goodness and severity of God: on those who fell, severity; but toward you, goodness, if you continue in His goodness.”

Yes, continue in His goodness. The Parable of the Workers in the Vineyard is all about the landowners’ goodness.  May we continue in it and not become haughty, but fear.