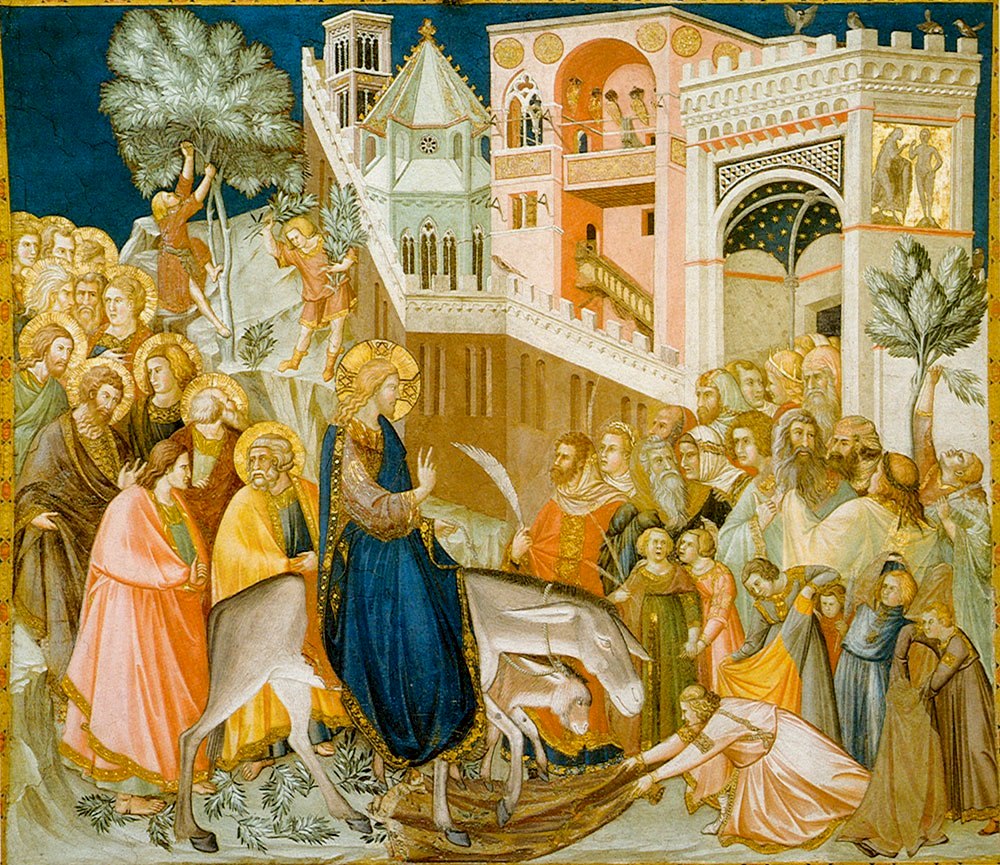 The Gospel for the First Sunday in Advent, the traditional Palm Sunday Gospel, sets the tone for the season of Advent.  Advent uses the first coming of Christ to set our minds on the second coming of Christ, anchoring it on the coming of Christ for His ultimate mission, in Jerusalem, while also hooking it into the present coming of Christ, in the Sacrament. In short, few texts better spell out why Advent is called Advent, which in Latin means “coming.”

We lose focus on what Advent is about if we see it merely as a built up to Christmas. Historically, the Advent fast was first connected with the fast of baptismal candidates leading up to the date of their baptism, on Epiphany (January 6). Advent became more connected with Christmas as Christmas itself rose in prominence, in the late fourth century. This moment in history is significant, because it was during this time that the Church was debating the Person of Christ. Christmas became important for its theological meaning: God was truly come in flesh in the Person of Christ, from conception on.

On those terms, Advent too took on that same important meaning. It’s interesting to note the first reference to Advent as a feast day was at a council that also condemned the Gnostic heresy of Priscillianism. Priscillianism, typical of Gnosticism, believed in two realms, a realm of light and a realm of darkness. Being spirits of “God” fallen into material bodies, the goal of human existence was to leave behind the realm of materiality and darkness. Interestingly, Priscillians fasted on Sunday and Christmas Day. Perhaps orthodox Christians were making a statement by setting the time of fasting as Advent, and the time of feasting on Christmas Day.

This would follow Christ’s words, “Can the friends of the bridegroom mourn as long as the bridegroom is with them?” The question is, is Christ truly “with us” on our days of feasting, as we confess by our feasting? If He is present, He is there in the flesh and blood. Christmas celebrates God’s coming in flesh; Sunday celebrates His coming in flesh and blood. The time leading up to this “coming” is indeed a time of fasting.

But lest “coming” become nothing more than esoteria about the mystery of God’s coming in human flesh, the Palm Sunday Gospel starkly reminds us what the goal of the “coming” was ultimately all about. He came to go to Jerusalem, to be the sacrifice for sins, to die there. That detail nicely ties together all the other comings.

His first coming on Christmas emphasizes that Jesus is God in human flesh. In Jesus, God and man are at peace, and for this reason, the angels can testify to the peace on earth.

His second coming, chronologically speaking, was to Jerusalem. There, the children sang, “Hosanna to the Son of David! Blessed is He who comes in the name of the LORD!” “Hosanna” is Jesus’ name turned into a prayer, “Please be Jesus, our Savior, for us.” As the angel said in Matthew’s Gospel, “You shall call His name Jesus, for He will save His people from their sins.” And then we learn how Jesus will actually bring about the peace that He has with God to others. He will give out the very flesh and blood in which was that peace between God and man. He will give us His flesh, and take on our sin.

His third coming is His coming in the liturgy. There, we join the angels testifying to the mystery of God in human flesh, singing, “Glory be to God on high, and on earth peace goodwill toward men.” We also join the throngs on Palm Sunday, praying for Jesus to give to us that same peace the angels testified to at His birth (a testimony we joined in the Gloria in Excelsis). When the minister presents the body and blood of our Lord and says, “The peace of the Lord be with you always,” we are close to this third coming, this culmination of Christmas and Calvary.

His fourth coming, or traditionally His “Second Coming” will be a coming not in weakness, but in power. Palm Sunday also points forward to this coming, as this is what the people thought Jesus would be doing that Sunday, inaugurating His kingdom. We get this from the prophet Zechariah, who describes the coming of the Lord thus, “Then the LORD will go forth And fight against those nations, As He fights in the day of battle. And in that day His feet will stand on the Mount of Olives, Which faces Jerusalem on the east.”

This puts some form on the sort of expectation we should have for Jesus’ second coming. As we meditated on recently, the second coming is not intended to be a thing of fear for believers, but a thing of wonderful fulfillment of our expectations. Jesus is coming to defeat our enemies, sin, death, and the devil! He has done so by dying on the cross and rising again, and He will finalize that victory one day when He raises us from the dead and removes “all things that cause us to sin,” and finally throws the devil into the lake of fire forever.

This also helps us understand the liturgy as a rehearsal for the last day, or, the Lord’s Day, on which each liturgy occurs. Jesus is coming. He is coming to save His people. Our prayer to Him is, “Hosanna!” or “Please be Jesus our Savior for us!” And He is. How? By communicating, or sharing with us, that mystery of peace attained by His first coming, when the angels testified of Him that with His nativity there is peace on earth.

On the last day, Jesus is coming to get His own, to save His own flesh, to love His neighbor as He loves Himself.