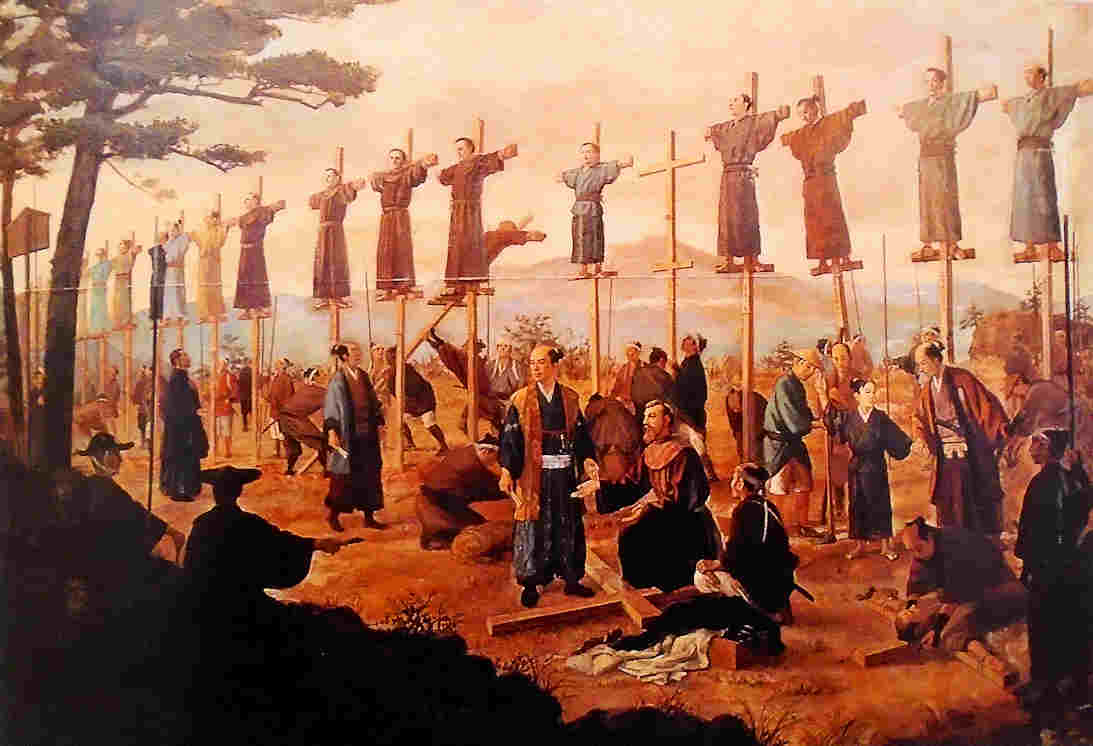 “The time is coming that whoever kills you will think that he offers God service.”

The language Jesus uses in our passage for today is stunning. Whoever kills Christians will think they’re offering God service. Not doing something good, not bettering the world, but doing a religious rite. For that is what the Greek word Jesus uses technically means, “religious rites.”

To worship is to engage in religious rites – as the Old Testament demonstrates clearly – and the New Testament as well has always had religious rites, including residuals from the synagogue worship, the reciting of Psalms and New Testament canticles, the Lord’s Prayer, readings, and Holy Communion. Christian rites are earthly actions infused by the Holy Spirit with heavenly realities.

Every act of worship involves earthly actions. The question is whether those actions will be infused by the Holy Spirit with heavenly realities or not. This point needs to be emphasized in our age of “worship wars,” which are dictated by the “formal/informal” binary. But the binary is ridiculous. Insofar as worship necessarily involves earthly action, it must be formal. Why? Because every earthly action by necessity takes some form. Running is a formal activity distinct from walking, but both are formal activities. So also with worship. A rock band leading songs from a particular trending American musical style is as formal as a minister leading a liturgy with historic canticles that have been in the church for millennia and are used the world over. Everything has form, the only question, again, is which form? The forms in which the earthly action is infused by the Holy Spirit with heavenly realities, or forms in which this is not going on?

What’s remarkable about today’s Gospel is its description of the persecution of Christians as “religious rites.” They are earthly actions believed (falsely of course) to be infused with divine meaning. Let’s unpack this a bit, because it unmasks how pernicious Christian hatred truly is. It’s like gaslighting the Christian, making the Christian feel as if he’s evil because of what he believes, while his enemies believe they are righteous and good, doing an act of worship.

First, let’s deal with the theology founding the religious rites of persecution. You don’t have religious rites without some sort of theological foundation, so we need to look at why persecuting Christians is seen as a good and righteous thing.

It goes back to Gnosticism. Recall that for St. John, Gnosticism is the Antichristian theology, and one of his main missions in his writings was to combat this subtle and dangerous theology. Gnosticism denies that Jesus has come (and still is) in the flesh. In philosophical or theological terms, Gnosticism rejects the idea that there is a limit or boundary between God and man, that Jesus’ flesh and blood would set the boundaries where God ends and the rest of creation (like me) begins. Gnosticism, as we saw in yesterday’s meditation, believes the divine spark is in each of us, and but for the flesh of man, which causes us to be distinct from other beings, we would all be in collective oneness.

The offense of Jesus throughout history has been His exclusive claim of access to God, that there is no way to truly know, understand, and be saved by God other than through Him. Gnosticism prefers to see God as something transcendent, who at best communicates to us through various archetypes common to all humanity. You call God to-MAH-to, I call him to-MAY-to, but what’s really the difference when – and this is the key point – God is nothing more than a projection of our own inner divinity. So, for Jesus, or the Christians, to claim He and His Church are the only doorway into salvation, that is exclusivist, and therefore evil.

Now, that concept itself is one that has to be asserted against reality. Everything we deal with is dealt with in exclusivist terms. If I want to eat an apple, my doorway into that event is through a fleshy fruit with red peeling, that tastes like an apple. And my eating is exclusively confined to the action of my jaws, teeth, and other gastronomical organs. Every human endeavor is similar.

But this gets to the whole Gnostic program. Exclusivity is necessary in a material world, where we deal with each other through bordered, boundaried things and actions, because we’re all bordered and boundaried ourselves! By God becoming human flesh, He came to us where we are at, which is exactly where He first put us when He established the physical world. Flesh, blood, physicality, materiality are all manifestations of God’s will and mind. It’s what He brought into being when He chose to make something good. And it was good.

Gnosticism’s only recourse is to lift their program completely out of the material, physical, and even cosmic realm. This is their piety. This is the center of their religion. And this is the basis for their religious rites. And part of this piety is to declare the world evil, and not only the world but all its concomitant implications, like the bordered and boundaried actions, peoples, and things, or like the male/female binary, or like marriage, or like boundaries of nations.

That is their piety. A Self is thrown into this material world and born under all these masks and foreign impositions – his body with its gender designation, his family name, his country of origin, his religion “rammed down his throat,” all the social systems imposing their “constructs” on him – but once he becomes “woke” to the true delusion that all these things are, his Self is liberated from the tyranny of these impositions, and he rejoins the great collective, the Gnostic Pleroma. That is the religion, and that is the basis of the piety.

So, rebelling or iconoclastically destroying all such manifestations of the “world order” with all its boundaries, borders, limits, systems, constructs, and institutions, is the act of piety. Defacing an icon is an act of piety because it is a lie to claim any earthly thing can be infused with divine realities.

Well, we see what this means when, for instance, that icon represents, say, the American Military acting on behalf of American values to stop the spread of communism. It means spitting on Soldiers. This is an act of piety, a religious rite. It’s not just spitting at a person – what are people, after all, in the Gnostic system? Everyone is simply physical fallout from a broken world order that should not have happened. Rather, that person is an archetypal icon of a nation preserving its territory by destroying the “other,” and this would need not happen if everyone understood we’re all one.

We could say the same about police officers, parents, politicians, clergy, Wall Street bankers, and all other representatives of “the system.” To destroy them is iconoclasm, and iconoclasm is an act of worship, an earthly action infused with divine meaning. Remember, the divine in the Gnostic system is pre-cosmic, transmundane, and non-physical; and this physical universe – our cosmos – is a mistake put into effect by a usurper, evil deity. So to collapse the current world order into oblivion is the earthly act infused with divine reality.

And Christians are at the heart and center of iconoclasm, because as “little Christ’s,” we represent the affirmation of the current world order. Christ is the restoration of humanity, the beginning of the new creation, and God’s affirmation of His original creation. He is the threat to Satan’s goal of collapsing the world into nothingness. He is the one living being in all of history who doesn’t return to dust. If death and Hades are a great monster popping living beings into their mouths like popcorn, Jesus is the popcorn kernel made of iron, the one that breaks their teeth and ends their reign. He is flesh and blood and will be so till all of eternity. He breaks the cycle.

And the Enemy cannot tolerate this, so He goes after Jesus and all His followers. That’s his religion. That’s his piety. That’s his devotion.

So what exactly are these religious rites? They are the knee-jerk affirmations of non-exclusivity so commonly seen today, the knee-jerk confessions: “We all worship the same God. We’re all one people. I don’t care who you sleep with. As long as you’re true to yourself.” And on and on. It’s the virtue-signaling against Christians and what Christians believe as a way of making oneself feel superior.

It’s very clear, as Jesus said, a religious rite. People feel holy and good by putting down Christians. Imagine! Christians proclaim the one Person who defeated death and brings hope to the world, and the world thinks it pious to reject that. It’s like a doctor coming with the cure to cancer, and everyone embracing a piety so powerfully embedded in their minds that they say, “Who are you to claim the only cure to cancer?” They’d rather die than give up this piety.

But that’s where we’re at. And Jesus promised it. As He said, “But these things I have told you, that when the time comes, you may remember that I told you of them.”