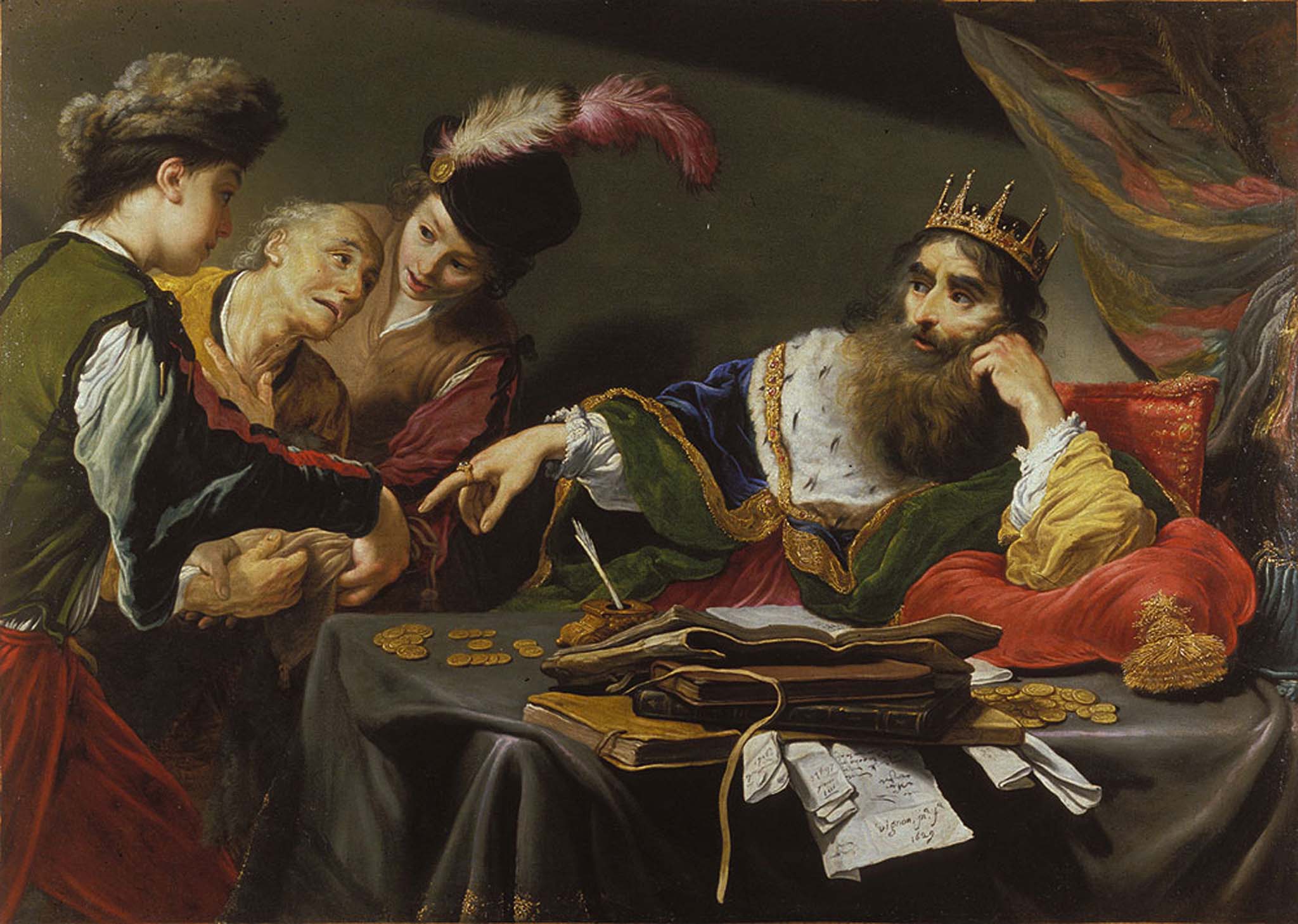 For with the same measure that you use, it will be measured back to you.

Let us recall our Father and what He does. Out of some pretty immeasurable grace He creates a universe. It’s staggering to contemplate how far, how deep, how immense this universe is. Evidently, based on what the Scriptures say, He made the stars for “signs and seasons,” of which two of the main ones were (1) to show Abraham how many kids he’d have and (2) to be timed in such a way that something pretty amazing happened around the time Jesus was born.

Life bursts forth at every turn. Plant life, animal life, creatures of all sorts, all over. This is the Holy Spirit at work.

Then, when man, who for some reason in God’s wisdom had the potential to gain knowledge of a heretofore unknown “evil,” strives after that evil, all that is “good” – the entire creation – collapses back to nothingness and void. So God undoes what man did, by Himself becoming that man, to stop that collapse into perdition and bring the creation back to life. Through man. Huh? Man must be pretty important in the big scheme of things!

The “he’s” and “his’s” should be capitalized, because this is talking about Jesus. For who but Jesus has “all things under His feet.” So, our Father is eternally and infinitely “mindful” of man, because man is Jesus, the second Adam in whom the new creation is created. So yes, Man is pretty important to the Father.

Our Father once again doesn’t seem to do things in moderation. What is man? Man is Me, God says.

And in His renewal of man, He performs the same abundant acts of grace. No skimping here! The Lord doesn’t just offer some help. He offers Himself, His Son, His very life. And not just a one time act, but a continual, eternal act of poured blood and given body. No sin remains uncovered. “Whatever sins you forgive, they are forgiven.” How often? Seven times? No, seventy times seven. Really? Well, what’s this like? It’s like a man who had a debt the equivalent of what a medium sized country might have, all being forgiven, that’s what it’s like.

Wow. That’s abundant grace, matching the abundant grace going on when the Lord created a universe whose depths no one has yet to understand and never will.

What’s the point of all this? It’s this. When the Lord says someone is forgiven, He means it. This is His creation. This is His plan. His Church will be a place of forgiveness, where condemnation ends, where judgment ends, where life is renewed. There is therefore now no condemnation for those who are in Christ Jesus. Most assuredly, Jesus says to us, he who hears His word and believes in Him who sent Him has everlasting life, and shall not come into judgment, but has passed from death into life.

The one who doesn’t “get this,” will be judged by the measure he uses. This is a terrifying statement, but one that underscores how serious Jesus is about the forgiveness He wins for us.

Again, this doesn’t mean Christians shouldn’t be discerning, or not judge doctrine, or not admonish or rebuke those who are caught in a sin. But it absolutely means the Church will be a place of forgiveness, and Christians will be people of forgiveness.

Of course, this is why Christians should be adamant about pure Christian doctrine. There are doctrines that minimize or monetize God’s grace.

Is Calvinism – to take an example that I think this week’s Gospel addresses – a sin against God’s grace?

Think about it. Jesus says, “Judge not.” He does this because He has died for the sins of the world. Therefore, there is not a single person alive to whom we could go to and say, “You are judged.”

But according to strict Calvinism, which says Jesus only died for the elect, we could not go to every single human and say, “You are not judged.” That would be a lie in some cases. God’s grace would end prior to that person. Jesus would be “Man” but with provisos, not including all people in His Person.

What are the words that come out of Christians? They’d better be clarity about Jesus’ absolute forgiveness for all sins for all people. They’d better not leave a single human being in doubt about whether he falls under God’s grace. Does Calvinism do this? Not if it makes me ask, “Am I among the elect? Maybe I’m not.”

What a terrifying thought to contemplate being judged by the standard we use to judge others, if indeed we are stingy with God’s grace. But what a comfort to know the backing we have from our Lord, to hold the world not in a state of judgment, knowing that as we reckon the world in that way, we ourselves fall under that same grace.

Will the world be judged? Jesus says as much. But not because our Father is a harsh, wrathful judge. Rather because people will stand self-condemned, by their own words. As far as our Father is concerned, His world is a place of abundant grace. That’s the new creation He has brought into being by His Son. That is the world each of us lives in, and that is the world we should see every other person alive living in as well.