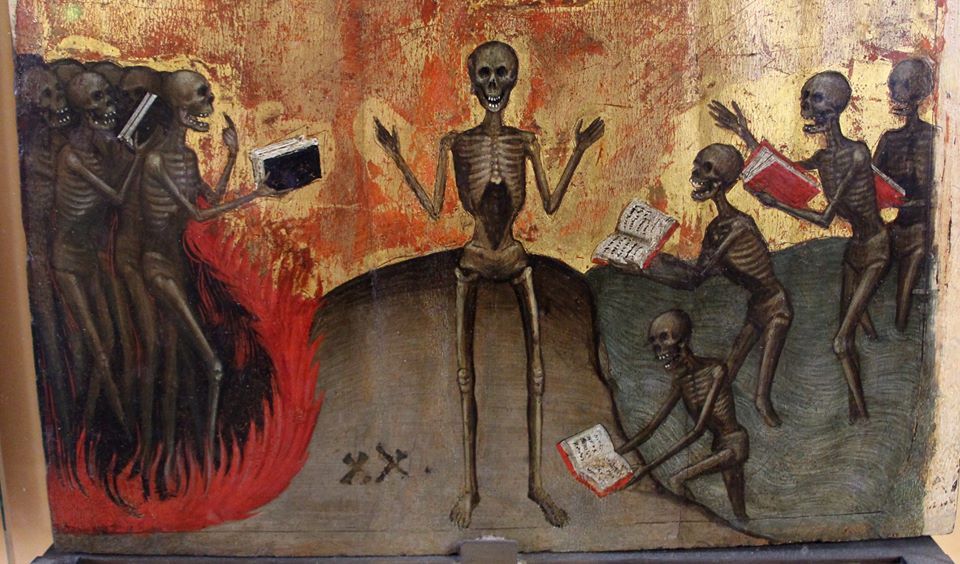 (1) It comes up when we pray, “Thy will be done. What does this mean? It means the Father’s will being done is something prayed for and enacted by grace. We assume a posture of passiveness and submission.

(2) It comes up when Jesus says it’s not the Father’s will that any of the lost little ones should perish; He teaches this in the context of bringing the lost brother back into the fold by showing him his sins and giving him the forgiveness of sins; this block of teaching in which He discusses the Father’s will climaxes with His teaching on the keys: whatever is bound on earth is bound in heaven, and that in turn leads into the parable of the unforgiving servant. So, bottom line up front, to not do the will of the Father is to not forgive.

(3) It comes up when Jesus is praying in the garden and asking if the Father might remove the cup from Him; He asks if he must suffer the cross but ends the prayer, “Thy will be done.” And His will was done. Why? Because it was the Father’s will that none of the little ones perish in their sins.

So, the Father’s will is that in His grace He might save the sinner by Christ’s death. Pretty simple. Now, this doesn’t preclude the Father’s will being other things, law things, but at least in the Gospel of Matthew, that’s a major focus.

When Jesus teaches about the preacher or prophet who doesn’t do the Father’s will, this needs to be kept in mind. It might seem at first glance He’s talking about a pastor who lives in sin – and we’ve meditated on how this can be a problem – but the primary false teaching of the false preacher is to run interference with God’s plan of saving sinners through the death of Jesus Christ.

What then of the three archetypal “ministries” of the false preacher? He does three things in Jesus’ name: prophesying, casting out demons, and wonders. Let’s modernize that a bit. He’s a teacher or preacher. He’s good at the art of battling dark mental states. He may do supernatural wonders, or, he may do things that make everyone go “wow!”

Let’s modernize it a bit more with possible candidates. He’s a teacher of some “Christian” program that’s popular at hotel conferences, but has nothing to do with the Gospel and in fact leaves the hearers with a burden. He’s a great Christian counselor with several “How to Do” books on dealing with your psychological distress, but again, there’s little in his teaching in the way of forgiveness, mercy, or even Jesus. He does great things around the world, beginning mass movements, or doing things he says, “could only happen by God’s grace.” But again, there’s very little in his program that has anything to do with Jesus, the cross, or the Father’s intent to save lost little ones.

Do you get the point?

The Father wants His lost little ones saved. He wants forgiveness given out abundantly. That is His will. That’s His will that church’s that pray the Lord’s Prayer – and not all do – pray be done.

Many preachers and teachers may have excellent talks, motivational talks, fun things to listen to. Many “Christian” counselors have excellent abilities to heal our psychic illness. (Or, we think of Jordan Peterson in this regard.) Many people claiming to be Christian preachers do wonders that amaze: “How could this preacher be a false prophet while filling a stadium with people?” they wonder.

In this regards Christians need to be far more discerning than they have been. Anyone who claims to be Christian or appeal to Christian ideas – Oprah Winfrey, Jordan Peterson, Joel Osteen, Rick Warren – may do great wonders or have great abilities healing psychic distress. But if their doctrine denies the incarnation, denies salvation for the literal lost little ones (babies), minimizes the preaching of forgiveness, or minimizes the theology of the cross, it doesn’t matter. They look good on the outside, but there’s an awful hangover afterward, that you’ll very often feel in your wallet.