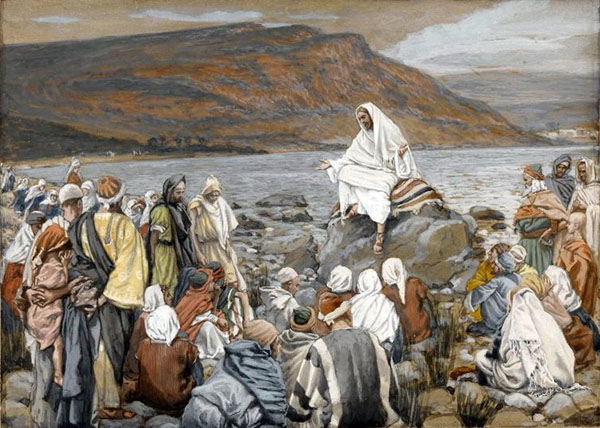 Jesus spoke by parables. He explains His reason for doing so to His disciples: “To you it has been given to know the mystery of the kingdom of God; but to those who are outside, all things come in parables, so that ‘Seeing they may see and not perceive, And hearing they may hear and not understand; Lest they should turn, And their sins be forgiven them.’” (Mark 4: 11-12)

Jesus was not the only teacher to speak in parables. Gnostic traditions throughout history have used the parable as a means of communication, for instance, in the Zen and Sufi traditions. (Sufism is Islamic Gnosticism.) Christian Gnostics especially loved the above verse because it supported their idea that there was a secret knowledge (a gnosis) known only by the enlightened ones.

But a brief survey of parables in the Gnostic tradition reveals a major difference between Jesus’ parables and the mystical or gnostic ones. By way of example, consider the Sufi “Parable about Variants of Teachings on One Truth.” A disciples goes to his Sufi master and asks, “Why are there so many differences in the Teachings about God and the Path to Him? Why even among Sufi teachers are there so many variants of what they teach, not to mention various religious faiths of different people? They argue and quarrel with each other about how to worship God! Why does this happen?”

The next day the Sufi master takes the disciple out on a small journey through a valley to visit a friend. Along the way they take several paths, each chosen by how greatly it was lit up and beautified by the sun. They take several of these paths, and the disciples learns that while there are many paths, there is the same sun that enlightens them all. So also the paths to truth.

This of course offends Christian teaching, which is rooted in Christ’s words that He alone is the “way [path], the truth, and the life,” the only way to the Father. But it is typical of Gnostic parables.

Here’s a question to understand the difference between Christ’s parables and the more Gnostic parables: What role did God have in the above parable? He’s in the parable only as the sun, which remains, as it were, immovable in the parable. All the movement is on the part of the gnostic seeker. He takes the path. He learns the mysteries. He comes to the enlightenment.

In Jesus’ parables – particularly in the Parable of the Sower (much like last week’s parable) – God is the main actor! God runs the verbs! “A sower went out to sow his seed,” and later we learn that this is the Father sending the Word, His Son. Notice the fundamental shift in focus differentiating the Christian parable from the Gnostic one. The Gnostic god – as well as the gods of all false religions – is a stationary, “out there,” transcendent god that we have to make our way to. Our Lord Jesus is God making His way to us.

Everything about the Parable of the Sower reflects this. Who sows the seed? What does a seed have to do to grow? What’s the power behind a seed’s growth? Is it not the life in it from God that miraculously turns dirt, water, and sunlight into a towering plant?

Even when Jesus talks about those who understand His parables, the language is one of grace: “to you it has been given to know.” This isn’t some secret knowledge known only by an enlightened elite they come upon through their contemplative efforts.

Are the disciples who did not understand among those “to whom it has been given” or not? What do we make of this? It’s simple. They didn’t turn away from Jesus.  Or as the above passage said, “they turned to Jesus [for forgiveness].”  That is what the understanding of the parable hinges on, they kept following Him, and eventually He explained the parable so they did have understanding.

Those who do not follow Jesus hear His parables and say, “Whatever. Let’s get out of here. This makes no sense.” Those who follow Jesus hear His parables – and all His words – and say, “This makes no sense to me either – as it didn’t for the disciples! – but I’m not leaving this movie until the end, because I want to see where it’s all going!” And in the end all is explained.

This is what Jesus means when He says, “Seek and you will find,” or “Knock, and the door will be opened to you.” It’s not about some personal contemplative effort to gain enlightenment that “any path” can achieve. It’s about persistence in looking to Jesus for all answers, trusting that in His time we will indeed have all understanding, even if very often we are like the disciples in their lack of understanding.

St. Paul invokes this truth when he writes to the Philippians, “I press toward the goal for the prize of the upward call of God in Christ Jesus. Therefore let us, as many as are mature, have this mind; and if in anything you think otherwise, God will reveal even this to you.” (Philippians 3: 14-15)

Our goal is not enlightenment, but the Enlightener. Jesus is not a means to an end, but the end itself. And in His time, in His way, He will reveal all truths to us.