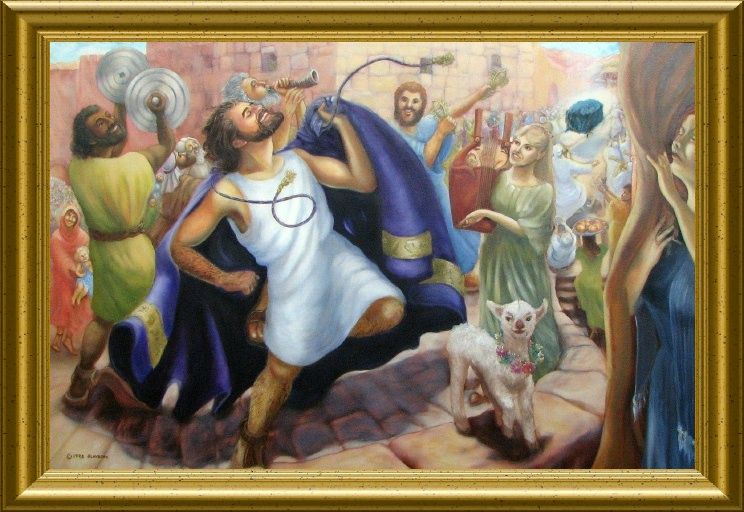 Jubilate begins the first of three “-ate” Sundays. There’s Jubilate first, then Cantate, and finally Rogate. They translate as “rejoice,” “sing,” and “ask.” They are imperatives. In Latin, the imperative is made by taking the “-re” off the root infinitive verb (jubilare, cantare, rogare) and ating “-te” which is also the Latin word for “you,” which parallels English grammar, where in any imperative there is a “‘you’ unstood,” so that, for instance, if you say “jump!” what you’re really saying is “You jump!” It’s ultimately a second person verb.

The Gospel is a second person proclamation, from Jesus to you. Pastors sometimes struggle with this, because “you” can sound too finger-pointy, or appear to be assuming too much authority. But if indeed they stand “in the stead and by the command” of Jesus Christ (and key here, if they have no fear they’re not being faithful in this mission!) they should have no fear of standing in Christ’s place saying “you.” Because, after all, if they’re not standing in the place of Christ and by His authority, what are they doing there?

But let’s dive a bit deeper into these “-ate”s. They are imperatives, and imperatives mean “commands,” but the “commands” given here are not like legalistic “do this/do that” type commands, like a list of errands Jesus is giving. They have a different tone: sing, ask, rejoice. To flesh those out and amplify the point, they say: sing a new song, ask for anything in my name, have your sorrow turned to joy.

Those “commands” are of a different tone than “Don’t kill, don’t steal, and don’t commit adultery.” These commands are needed because our nature is to fall into these sins, and so God has to threaten us with punishments and warnings lest we break His law.

But if the Law came through Moses, grace and truth came through Jesus Christ. And now, you might say, there’s a new tone in town, new wine skins unfit for the old wine. Now, there is a new way of commandments. They are not signposts warning us on the way down to hell, but signposts giving direction on the way to heaven: “Rejoice, ask, and sing! You’re on the way to something wonderful!”

Now, a similar dynamic is going on with the other way of commands. Our human nature doesn’t want to rejoice, ask, and sing. Our nature falls into sorrow because of the world, the devil, our sins, and death. We don’t ask because we don’t feel ourselves worthy. And we don’t sing the new song because we’re still caught it he old ways. So Jesus needs to command us.

It’s a mandate to embrace what He has attained for us. Mandates are different than commands and nicely distinguish between the two “tones” we’ve been talking about commandments. Whereas commands say “do this or else,” mandates say “do this so that.” A commandment says, “Don’t go in the cookie jar or you will get a spanking.” A mandate says, “I have a treat for you. Go into the cupboard and look behind the Cheerios, and open the box of cookies and eat them.”

There has been a tendency among Gospel reductionists that you see frequently, and that is, the Gospel is all about no law whatsoever, no commandments, no obligations, no nothing. It’s just, “you’re saved from hell,” and end of story. Everything else is freedom.

OK, but here’s a good place where that distinction between commandments (Law) and mandates (Gospel) comes in. “Do this” and “be baptized” are not of the Law; they are mandates. They are Jesus saying, “I have a treat for you! Go into the cupboard behind the Cheerios. Get the bread, wine, and water. Say these words as you apply these gifts, and you will get eternal salvation.”

To say we’re saved by baptism or that communion gives eternal life is not to claim we’re saved by the Law and not by Jesus. No, not anymore than it would have been “law” to tell a leper, “Go over that man over there. See Him over there? By the tree? Yeah, go over to Him and he’ll heal you.” Those are “commands,” but certainly not “the Law.” To say that salvation only exists where Jesus is located – and here’s how you get there – is not Law.

And to extend this to today is no different. Is Jesus still present in the Church? Yes. Is He still flesh and blood? Yes. Therefore does the dynamic with the leper also apply to us? Absolutely. Where is Jesus located today? In water, bread, wine, ministers, and in His body the Church. What does this mean? Well, this is where the mandates come in.

“Here is water! Now baptize in the name of the Triune God. Jesus took bread and the cup, and said ‘Take, eat’ and ‘Take, drink.’” Those are mandates, beautiful mandates.

And how glorious they are! To rejoice, ask, or sing, or is not to take the tone – like so many evangelical prayers go with their “we just” prayers – of a humble suppliant lucky to be where he is: “Lord, we just have this small little favor to ask and then I’ll get out of your hair.”

No, it’s more a sense of, “Get in here and ask what is rightfully yours! Behave the way you should because this is your existential truth!

Faith is a confidence, as we see from the book of Hebrews. There’s the confidence of having the right to approach the throne of our Father. Sometimes we forget this and fall into our natural self-loathing, as far as our status with the Lord is concerned. The “-ate” Sundays remedy this.