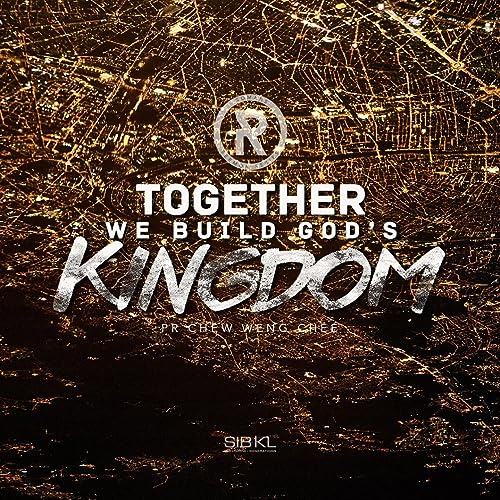 The Gospel for Septuagesima is the Parable of the Workers in the Vineyard. To summarize: A landowner sends out five shifts of workers working various lengths of the day. After hiring the last shift who only work an hour, he proceeds to pay each shift a denarius, beginning with those who worked the least amount of time. The Gospel is a contemplation of God’s grace as revealed in the landowners words to the complaining 1st shift workers: “Is it not lawful for me to do [good] with my own things?”

This Psalm, coupled with the parable, suggest the idolatrous end of those who miss the point of the first eight words of the parable, who believe we have an active role in bringing about the kingdom of heaven, that it’s part our show, or God and we working together.

Historically, evangelical movement has most often yielded to a confusion about this concept. Their movement leaders speak in terms of “cooperating with God to bring about His kingdom.” It’s the heart and soul of the “evangelical fervor” driving many a Church Growth program: We have to get out there to advance God’s kingdom!

It was this confused spirit that drove many to see the Civil War as a divine crusade: My eyes have seen the glory of the coming of the Lord.

Robert Schuller propagated his “Self Help” Reformation in which he believed we would “be caught up in a vision of a cause, a crusade, a divine calling . . . [we] will accept God’s invitation to play our important part in the kingdom he is busy creating NOW in this world.” (Remember what I said yesterday about the NOW of the immanentizers of the eschaton!)

The recent Emergent movement heavily drunk from this well. As one Emergent wrote, “The practices of the church are, then, gifts of the Holy Spirit and as such participation in God’s embodied story.”

The progressive leanings of the Emergent Church movement came honestly, because evangelical movement has always devolved into unitarian progressivism. Progressivism itself began as a project on the part of 19th century philosophers to de-spiritualize the idea of Christ’s coming kingdom – to strip it of all its doctrinal or sacramental components – and reconstitute it through political movement: It’s the woke, awakened consciousness working with Historical forces which will cause humanity to progress to the next stage of human evolution and bring about a world where Christ’s teachings of love will be writ into human DNA.

Here is the idolatrous end of this belief that the kingdom of heaven is something we cooperate with God to bring about. It ends up being an idolization of humanity. Just as the Psalm says, “Those who make [the idols] are like them.” Here explains the current religious fervor and idolatry we see in Leftist politics: political movement has become their replacement God/church!

Septuagesima’s Gospel is the antidote. The kingdom of heaven is like… someone other than us doing something. The same truth is suggested in the Our Father petition, “Thy kingdom come.” That this is a prayer and not a command often eludes Christians (in the same way Christ’s prayer for unity is taken by the ecumenical movement not as something answered, fulfilled, and confessed by faith, but something we bring about by working together.)

On the contrary, prayer puts us in a posture just as the Psalm says, “Not unto us.” In prayer, we’re helpless, on our knees, in a posture of utter need, which is perhaps why elderly widows are often highlighted for their prayerful faith. As St. Paul says, they “continue in supplications and prayers night and day.” Widows aren’t exactly in the business of building kingdoms or leading crusades, but great at depending on others, which is exactly the sort of faith the Lord seeks.

But something more is afloat in the evangelical understanding of God’s coming kingdom, and it’s the inherent Gnosticism going on. So long as God is understood as completely distinct and “other” from me, then there should be no confusion about where God ends and I begin. Prayer also makes sense: He’s the giver; I’m the receiver. But if there is a fuzzy line where God ends and I begin, that’s where the problems begin.

The orthodox understanding of Christ allows for no such fuzzy understandings, because in Him there are fleshly borders on God (the specific thing Gnostics could not bear). And this translates into presence of Christ in the Church as well: the Kingdom of God is something going on in delineated Word and Sacrament, located outside of me, bordered by clear forms which make God’s grace and operations distinct from me.

Whereas in evangelical movement, with its Gnostic understanding of God – an understanding which rejects the physical presence of Christ through the sacraments – God sort of leaks out of Christ into my heart and soul, so that a nameless spirit leads me to be a “christ” in this world taking part in bringing about God’s kingdom. (Reread the Emergent quote above!)

And you thought the differences over communion between Lutherans and other Protestants were just minor doctrinal differences! Not at all. Dislocating God from His divinely ordained means – turning Him into a mere symbol of His “real” activity going on in the heart – releases spiritual forces we claim to be God into the soul to do all manner of shenanigans.

Today’s parable is the antidote. The Kingdom of Heaven is like… NOT US. May this put us ever in a posture not of looking to politics or our own action for our salvation, but a posture of prayer, which looks unto God for all good. (This is not to deny the need for Christians to be politically active, but this is for another day.  In short, politics should be a tool to support the family, not an arena for working out ones mis-perceived divine impulses.)