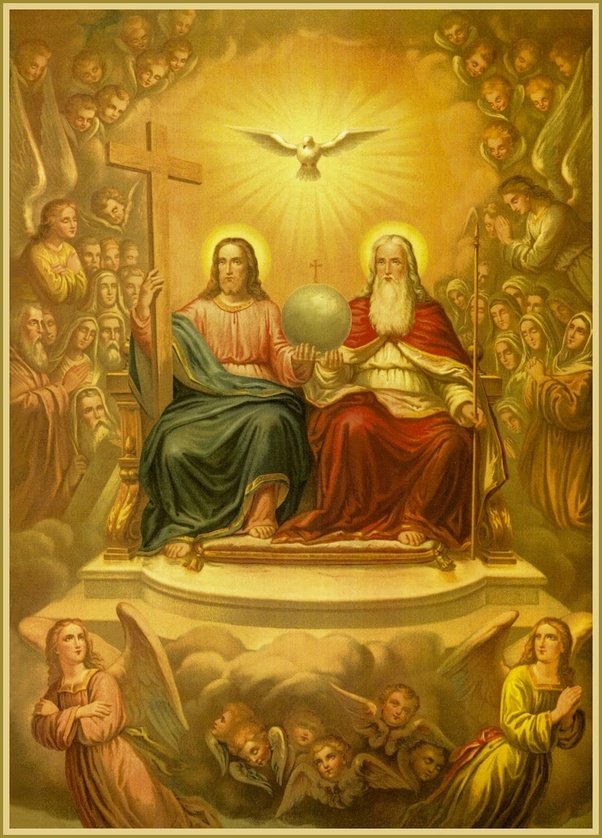 Does the Holy Spirit proceed from the Son? This issue hearkens back to the major breach in the Christian faith between the eastern and western Churches, Orthodoxy and Catholicism, in 1054 AD.

What’s the issue? It’s the “filioque” controversy. “Filioque” means “and the Son.” It’s the phrase all Nicene Christians in the western church speak when they confess their faith in the Holy Spirit, who proceeds “from the Father and the Son.” Why is this an issue? Because the original Nicene Creed did not have that phraseology. The eastern Church, staying true to the council of Nicea (and it’s followup council at Constantinople), only confess that the Holy Spirit proceeds from the Father.

Much of this brings up other issues. The Orthodox Church relies heavily on the seven ecumenical councils as the standard of orthodoxy, while the Roman Catholic Church sees the pope and his magisterium as the final arbiter of dogma. Meanwhile, Protestants look to the Scriptures as the final authority, even if they are guided by a tradition of councils and canons (as the Lutherans were).

What is all this to say? That the addition of the “filioque” could be supported by the two western traditions – papacy and Scripture Alone – but not by the eastern one.

The phrase entered the creed by a Council of Toledo in the early Middle Ages, due to the pressures of Arianism in western Europe. Arianism believed Jesus was only the first created being of the Father, and not co-eternal with Him. To buttress this truth – maybe the Arians were claiming “If Jesus is equal with the Father, why doesn’t the Holy Spirit proceed from Him?” – they added the phrase. The Holy Spirit proceeds from the Father and the Son.

For a teaching not to be in the Nicene Creed is not to be unbiblical, of course. And you can’t help but wonder if other factors contributed to the eastern church bristling at the additional phrase. In other words, what never was really an issue suddenly became the ultimate issue when historical circumstances compelled the fissure between east and west: “And besides all that, you people added to the Nicene Creed without a council! Heretics!”

The western church took a different attitude toward creeds and councils, obviously. The Nicene Creed is supremely foundational, of course, but the nature of the later councils and creeds has always been to confess the faith in the face of particular heresies. The West needed to fill out who Jesus is and His relation to the Holy Spirit. So they added the phrase.

But is it biblical? Does the Holy Spirit proceed from the Son?

Today’s passage is where the language of the unadulterated Nicene Creed comes from. “The Spirit of truth who proceeds from the Father.” No Son there. Only the Father.

There are two arguments that could be made.

First is simply the doctrine of the Trinity, “The Father and I are one.” If Jesus and the Father are one, then of course if the Holy Spirit proceeds from the Father He will also proceed from the Son.

“Man shall not live by bread alone, but by every word that comes from the mouth of God.”

“And all spoke well of him and marveled at the gracious words that were coming from his mouth.”

“Let no corrupting talk come out of your mouths.”

“And the rest were slain by the sword that came from the mouth of him who was sitting on the horse.”

“Then the angel showed me the river of the water of life, bright as crystal, proceeding from the throne of God and of the Lamb.”

Insofar as, in all but the last verse, “proceed” is related to how words go forth from the mouth, we can’t help but think of Jesus after His resurrection. “And when he had said this, he breathed on them and said to them, ‘Receive the Holy Spirit. If you forgive the sins of any, they are forgiven them; if you withhold forgiveness from any, it is withheld.’”

Also, both Jesus and the Father are involved in sending the Holy Spirit. “But the Helper, the Holy Spirit, whom the Father will send in my name.” “Nevertheless, I tell you the truth: it is to your advantage that I go away, for if I do not go away, the Helper will not come to you. But if I go, I will send him to you.”

The issue, I suppose, is not so much about who’s sending the Holy Spirit, as it is the ontological relation between the Father, Son, and Holy Spirit.

But that last verse from above sounds almost exactly as the Nicene Creed – the western version! – sounds: “the river of the water of life…flowing from the throne of God and of the Lamb.” What is that water of life? Jesus says, “Out of his heart will flow rivers of living water.” And St. John adds these words, “Now this he said about the Spirit.”

That image in Revelation of the water is a symbol of the Holy Spirit, and it flows from one throne, the throne of God the Father and God the Son, for the Father and the Son are one.

So, why does all this matter? Because it does. If we say something week after week as part of the very substance of our faith, we’d better know why we’re saying it. Wouldn’t it be awful if we learned we were lying every week in our very statement of faith?

And quite frankly, the western church is out on a limb a bit. We’ve gone ahead and added the filioque without any ecumenical legitimacy. So even more, we’d better have that belief grounded in Scripture.

Does the Holy Spirit proceed from the Father? If the Son is one with the Father, and He is, then the answer to that is yes. It might be noted that the Athanasian Creed also supports the Holy Spirit’s procession from the Son: “The Holy Spirit is of the Father and of the Son, neither made nor created nor begotten, but proceeding.”