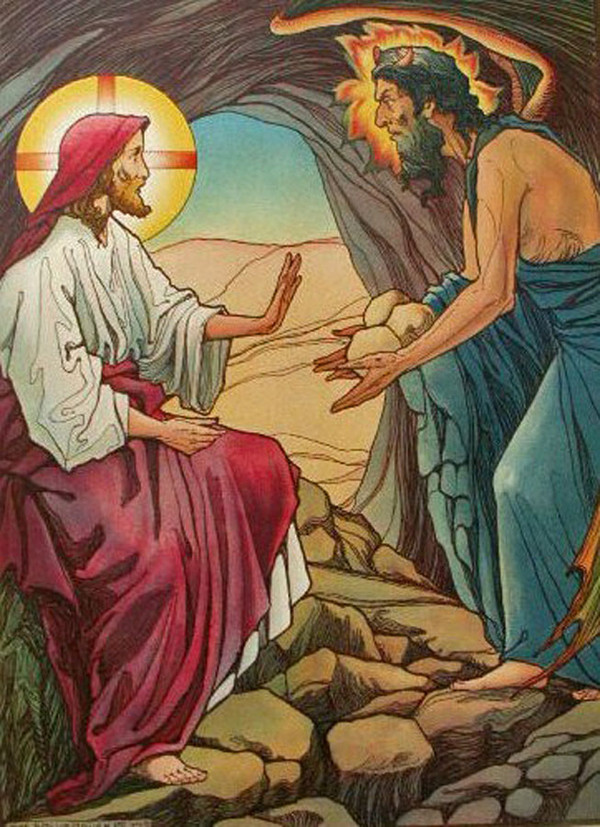 If the flesh is important – and it is if God created it and became it – it matters how you build the flesh and sustain it. And the thing that builds and sustains the flesh is food. In so many ways food is a glorious intersection between God and man. Man cannot make food on his own, even as he can’t make life on his own. He must be a steward of some product that eventually came from the seed (or sperm), that is, from the instrument of God’s Spirit.

Not only that immediate stewardship, but think of the sort of communication needed to cause seeds to feed some 6 billion people. Think of all the naming – the investigating and categorizing of plant and animal properties – needed so as to apply agricultural principles. Think of all the work of community-building needed, to establish trade routes and methods of delivery, to defend from foreign enemies who ransack the land. Communication is a reflection of our divine image, and in the production of food to feed us, it’s staggering to consider how many forces conspire together to put a loaf of bread on my table.

For God to give me this day my daily bread, this bread that builds the flesh.

From the beginning to the end of the Scriiptures, food plays a huge role. Just a few of the highlights: the forbidden fruit, the manna, the Last Supper, the everlasting banquet of the life to come.

Adam and Eve turned food into something other than what it could be. They turned it into a their ticket to godhood, to self-salvation. If this is the original sin, it remains as the foundation of all sin, the idea that some earthly thing will be our ticket to self-salvation. This is why St. Paul said covetousness is idolatry. It’s when created things become the basis of phantasms representing the possibility of self-exaltation. Phantasms are projections of human covetousness. An apple is no longer an apple, but something we covet, to make us wise and be like God. That’s not a problem with the apple, but a problem with the human mind and will, for nothing is ever wrong with God’s creation.  It’s human will that makes the creation to be something other than what it is, a phantasm of the original crafted from human will and imputed with human meaning.

God had to train His people in the proper use of food, as a builder of flesh and not a builder of humanistic fantasies. Consider, in the wilderness Israel was dreaming of the foods they had back in Egypt, all the cucumbers and leeks and melons and whatnot. But that dream hid the fact they were dying in slavery in Egypt. By contrast, the manna God gave them from above was building them for a life in the Promised Land, their place of rest and peace. He was teaching them man doesn’t live by bread alone – He does live by bread, but not bread alone – but rather by the Word of God.

Jesus, our second Adam as well as our second Israel (in the wilderness for a period of 40, like Israel), lives by the Word proceeding from the mouth of God, that is, by Himself. That’s why He can fast for 40 days. As God, He’s self-sustaining and doesn’t need food. He lives “by Himself.”

But as man Jesus had a human body which necessarily needed food, and so He was hungry. He needed to eat. And eat He would, but not in Satan’s or humanity’s way.

By Jesus going hungry, He was changing the rules, so to speak, of how the process of life-sustainment in the creation will go. The original plan was – eat food, live forever. Adam and Eve turned that into – eat what you imagine food to give you, die forever. Jesus rejects this food, but sets up the foundation for a new eating – eat the Word become flesh, live forever. Just as He said in John 6, He who eats this bread will live forever.

A new conspiracy of activities brings about this bread for us to eat, and again the human element is mustered. Mary bears the Seed. Disciples hand him over to the Jewish authorities and eventually Pontius Pilate, so the women can bury Him. The apostles harvest the fruits of His resurrection, the fruits of thanksgiving and confession, and ministers distribute the eucharistic bread which brings life.  The Church as a divine community is set up to make it all happen.

So that we might be given this day our daily bread.