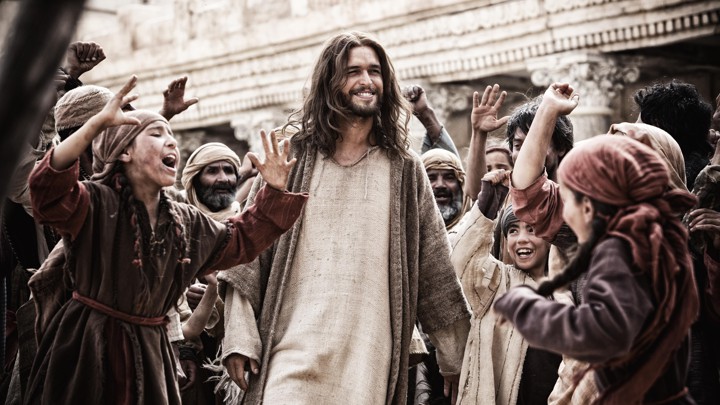 In those days, the multitude being very great and having nothing to eat, Jesus called His disciples to Him and said to them, “I have compassion on the multitude, because they have now continued with Me three days and have nothing to eat. And if I send them away hungry to their own houses, they will faint on the way; for some of them have come from afar.”

There’s a picture we get of Jesus from the Gospels and a picture we get of Him from liberal pieties, and very often the two are hardly similar. The liberal picture imagines a Jesus who was basically an ancient rebel, someone who rebelled against institutions and traditions. He hung around the marginalized of society and tried to lift them up. He cared about the poor and homeless, hating the rich and religiously privileged. And look, here He feeds the hungry.

Liberals want to turn Jesus into an ideological Savior, an ancient millenarian who wanted to set up an egalitarian society without class, gender differences, and racial tension, where there’s no poverty or hungry, and everyone has health care because He heals them.  It’s a nice thought, but has very little to do with the Jesus that actually emerges from the Gospels.

Yes, Jesus came to preach the Gospel to the poor. He told the rich man to sell all he had and give to the poor. He told the story of the rich man and Lazarus. He praised the poor widow. Yes, He spoke with the woman at the well, forgave the adulterous woman, and appeared first to the women after His resurrection. Yes, He strongly emphasized the eradication of the racial distinctions between Jew and gentile. Yes, He preached out in the wilderness like a hippy. He lambasted manmade traditions and taught not to judge.  And yes, He always showed compassion and healed those who were broken.

But He also said the poor you will always have with you and lauded the woman who poured expensive perfume on His feet that Judas said could have gone to the poor – and Judas probably wasn’t being cynical, if indeed he was a populist zealot; he genuinely probably cared about the poor. He also chose only male disciples and was Himself, the Second Person of the Godhead, a male.  He clearly taught God in the male terms of “Father.”  He called gentiles “dogs,” even if ironically; still, is subtlety ever allowed when racist language is invoked? Ever? He taught marriage as one man and one woman, and reviled the fashionable with their “effeminate” clothing. He also preached in the synagogues and temple, and emphasized He said nothing in secret, or did not come to break reeds – He was no revolutionary; He was a rabbi. He preached from the lectionary and taught according to the then-existent customs. He railed against the Pharisees’ attempt to update Old Testament law (the above-mentioned manmade traditions) and taught a stricter version of it rooted in the Scriptures.

Quite frankly, the picture emerging from the Gospels eludes both the liberal attempt to make Him into a revolutionary and the conservative evangelical attempt to make Him into a speaker of therapeutic “ten steps how to do” comments that fit the idiosyncratic goals of the particular preacher on any given Sunday. Why? Because Jesus is completely “other” than what people in this world are looking for. He talks mainly about the kingdom of heaven, the Holy Spirit, taking up the cross, forgiveness, loving neighbors, prayer, and in general, spiritual things.

He’s untranslatable to American pragmaticism, both from the left and from the right. In this week’s Gospel, for instance, we see this vast throng following Jesus and listening to Him preach. We don’t hear what He preached! Evidently it wasn’t important. Consider that. What Jesus had to say that day wasn’t as important as a bigger point that needed to be made. Rather, we see Jesus having everyone sit down, as He becomes the personal oasis for them in the middle of a desert. This is an otherworldly image. This is removal from the world, a foretaste of heaven. And given the allusions to the Church and Sacrament going on, it’s a highly spiritual event.

That otherworldly image translates forward, even more importantly than what Jesus had to say that day. Specifically put, it’s more important that there is a Church in the world having the sacrament than that we get some more teaching from Jesus about whatever. Jesus’ teaching is actually pretty basic: “I’m the Son of God and King of kings; love God and love neighbors; I’m dying and rising to save you from sin and death; be baptized and follow Me.” Obviously there’s more to it than that. But compare Jesus’ teaching to, say, that of Plato. Plato yammered on way more than Jesus and had way more complicating and arguably profound (and profoundly wrong) teachings.

But Jesus didn’t come to bring a tome about “Jesusian Theology.” Again, think about that for a moment. Most of Jesus’ teachings echo from Old Testament teaching, and as many have pointed out, have parallels even in other religions. But what He introduced about Himself and the Church He was going to institute, that’s unique, and that translates forward and continues today.

Here’s another example where something that Jesus did in this week’s Gospel is untranslatable to American pragmatic concerns. He fed the hungry. Now, liberals jump at that and turn Jesus’ entire ministry into a food kitchen: “See how He loved and cared for the homeless, poor, and hungry! That’s what we should be doing rather than worrying sexual issues and judgmentalism! Because I’m sure that when the Jesus Seminar voted on Jesus’ words about marriage being one man and one woman, they voted grey, not red!”

And again, yes, Jesus was compassionate on those who followed Him. And yes, we should also have that compassion. It is a sin against the fifth commandment for a Christian to see someone in distress or hunger, and leave him in that state. But to make what Jesus did programmatic for the Church would be akin to insisting the Church should be a barefoot ski club because He walked on water.

The big point of the feeding of the 4,000 is not that Jesus fed the hungry. His compassion is a huge sub-point, but only to serve the bigger point that there will be a Church one day, which will carry on that same compassion in, yes, caring for the hungry, but more importantly, in feeding those hungry and thirsty for righteousness the words of eternal life, and the Sacrament of His sacrifice for sins.

Also, consider that the people had houses to go home to. These weren’t the bedraggled masses flocking to Jesus from the streets. These were people with houses. Again, this is not to deny bedraggled masses need to be loved and cared for by Christians, but merely to hold the line against those who would paint a picture of Jesus that’s not entirely accurate.