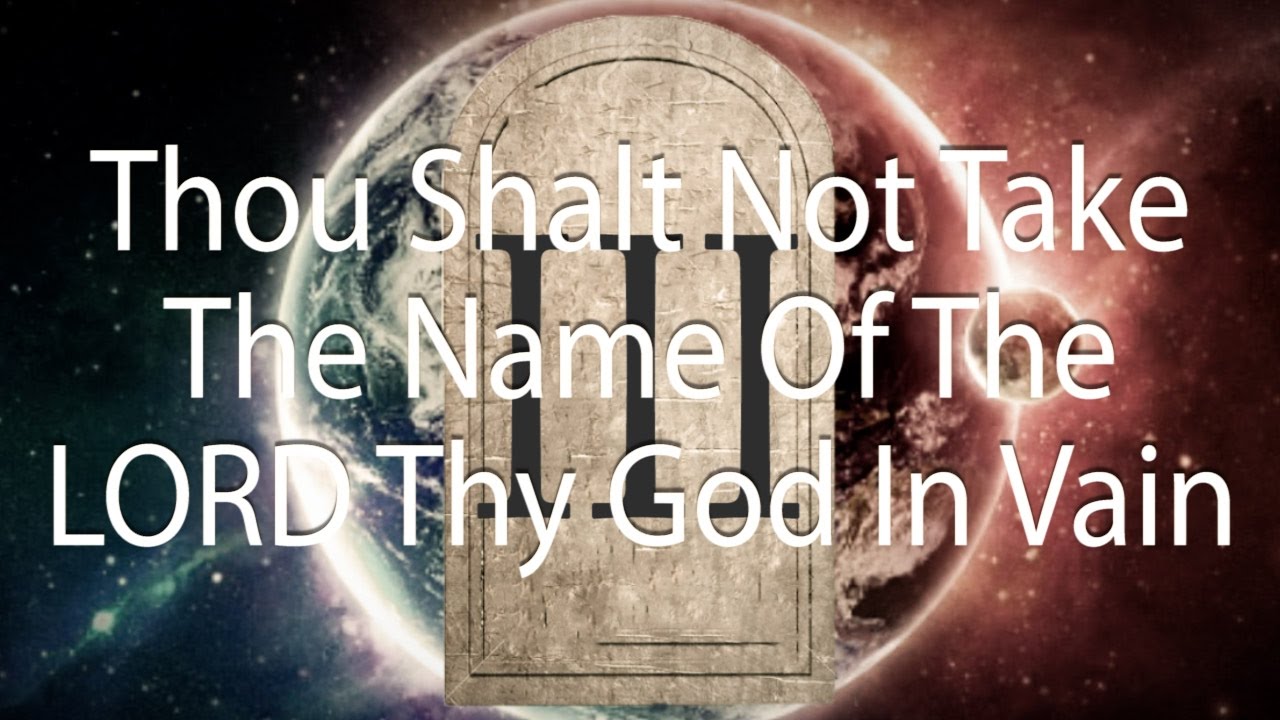 And at once some of the scribes said within themselves, “This Man blasphemes!”

Blasphemy is a sin of speaking. Blasphemy is to speak of God or on behalf of God things which are not true, that is, which are not authorized or ordained by Him. To curse someone is to stand in God’s place and declare something you have no right to declare. To swear in order to muster God in support of some claim you are making ties His good name to your nonsense.

To speak “in God’s name” or “in Jesus’ name” binds us to words He has authorized. Jesus only spoke in the Father’s name, and He sent out His apostles to speak in His name. No one speaking in the Lord’s name would make something up and attach His name to it. That’s blasphemy.

Preachers especially out to be careful here. How many preachers, implicitly preaching in the Lord’s name (because they’re in a pulpit), will talk about how God is weighing some nonsense on their hearts they feel compelled to speak? Blasphemy. How many preachers in the Lord’s name give their opinions on things the Scriptures do not speak. Blasphemy. How many lie or deceive in His name, saying things found nowhere in Scripture, or found out of context in Scripture?

How often do people speak truths they are not authorized to claim? How often are cosmic truths proclaimed with no basis in anything? They speak things about ethics, the origins of the world, or about the structure of invisible things which can only be opinions, but they declare them as if they are God. They stand in God’s place speaking things only He is authorized to speak.

On those terms we are a world of blasphemers. Everyone claims cosmic certainty about things they have no business speaking about. A humble approach defers to God, which means to defer to His Word.

And when it comes to the created order, we confine ourselves to the world as it is readily witnessed, observed, and physically presented to us. Language arises from this world, and communication based on the named items of this world has served humanity quite well. This language we are permitted to speak.

But again, how easily we slip into God’s role and pontificate from His throne about cosmic realities we are not authorized to speak about? “A loving God wouldn’t do such and so,” we declare. Or, “I feel like the end is near,” we prophecy. Or, “This is the way of the world,” we philosophize.

Theology by assertions arising from one’s rectum is blasphemy. We truly know nothing beyond the observable universe, and what we have as far as God is concerned is from the Holy Scriptures. Anything beyond this is, as Jesus says, from the evil one, who lurks and thrives in the grey areas of probing, desire-based phantasy projection – because that’s all the grey areas really give us, a canvass on which we can assert our own desires.

When Jesus declared the man’s sins forgiven, He was not speaking a lie, because He had insider information about cosmic realities. He, after all, fills the cosmos, and the cosmos was created in and through Him. He’s the Word and fulfillment of the prophetic word.

He declared the man’s sins forgiven in lieu of His fulfillment of the Old Testament atoning sacrifices and the ministry of the priests. As Hebrews says, “And every priest stands ministering daily and offering repeatedly the same sacrifices, which can never take away sins. But this Man, after He had offered one sacrifice for sins forever, sat down at the right hand of God.”

Jesus knew this, being eternal and omniscient (as we see when He knows what the scribes are saying in their hearts), so He declared the truth to the man. Later we hear the people glorifying God that He had given such authority to “men,” meaning the cosmic truth of man’s forgiveness is something granted not just to Jesus, but to anyone. It’s one cosmic truth we can pontificate about. It’s one divine teaching we have every right to declare to anyone and everyone: “Your sins are forgiven you.”

Of whom could this not be said? Of whom is Jesus’ statement that “Every sin will be forgiven man” not true? No one. Therefore it is not blasphemy to say it.

See what mysteries of the incarnation are at work here! By His divinity, Jesus knows the cosmic truth that He would die for sins. By His humanity, Jesus testifies to that truth as the first man and on behalf of “men”: “Your sins are forgiven you.”

Jesus hasn’t really done an absolution yet. Or better put, the language in the text so far, while suggesting an absolution, hasn’t been clear whether it’s an absolution properly speaking…yet. An absolution would be to say, “I forgive you your sins.” “Your sins are forgive you” is more testimonial, that is, a cosmic truth claim regarding another’s forgiveness rather than an exertion of personal authority to forgive. Jesus will lift the narrative to a discussion of absolution proper in the verses to come, and that discussion will await a later day.