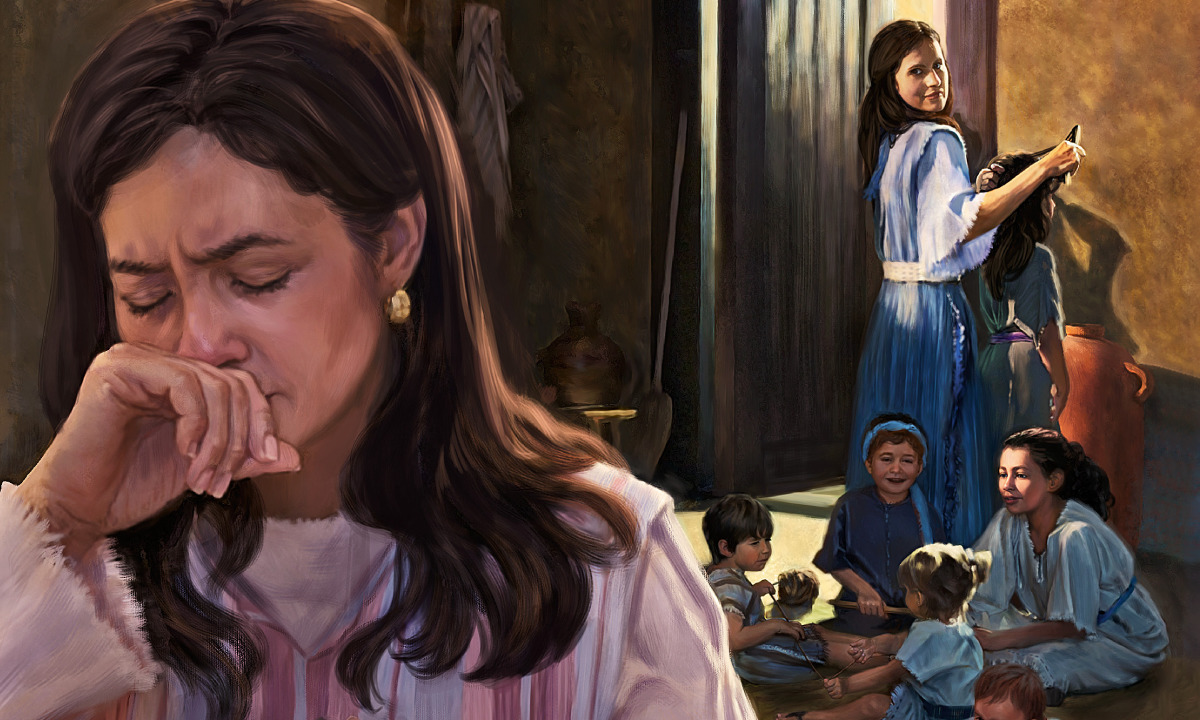 This is arguably among the few signature, all-encompassing themes of the entire Bible. As all the Bible centers on Jesus Christ, it outlines what we might call His narrative outline: He was humbled and became exalted, fulfilling in Himself so much of the story of the Old Testament.

The theme comes up most prominently first in Deuteronomy, where Moses teaches Israel that their wandering in the wilderness was to humble them, so that He might exalt them in the Promised Land.

Perhaps the most typical and fullest instance of it is in Hannah’s prayer, when she said, “The LORD makes poor and makes rich; He brings low and lifts up. He raises the poor from the dust And lifts the beggar from the ash heap, To set them among princes And make them inherit the throne of glory.”

Jesus teaches the same subject several times, each with a bit of different flavor.

The idea is, as teachers, the apostles should not lord it over others. Unlike the Gnostics, among whom a “Leader” or “Teacher” was truly a unique vessel of new, other-worldly teaching – so they would be exalted as sui generi (of their own kind) – the apostles were only humble bearers of the one Teacher, Jesus. Jesus isn’t saying it’s wrong to call pastor teacher or father – even as St. Paul referred to himself as a father of his hearers and the apostles had the role of teacher – bu that they shouldn’t presume to exalt themselves as “the Teacher” or “the Father.” They were only humble servants of One who already held these titles.

In the epistles, we get some unique flavors of the humble/exalted theme. St. Peter talks of humbling ourselves to one another, for instance, the younger people to the elders, but all to one another. This goes hand in hand with “humble yourselves under the mighty hand of God, that He may exalt you in due time, casting all your care upon Him, for He cares for you.” Note how the “for He cares for you” parallels the “He went home justified.” The Father cares about our weaknesses, our struggles, our sufferings. When we cast such things upon Him, humbling ourselves, He will certainly answer.

St. James teaches the theme as well in emotional terms: “Lament and mourn and weep! Let your laughter be turned to mourning and your joy to gloom. Humble yourselves in the sight of the Lord, and He will lift you up.” In the state of such mournfulness, he write, we “draw near to God” even as “He will draw near” to us. How true, that we find God most often in the darkness of our baptismal judgment, as the Psalm says, “He made darkness His secret place; His canopy around Him was dark waters And thick clouds of the skies.”

In St. Luke’s Gospel, from which our Gospel for this week comes, Jesus uses the same expression as He does in Matthew, but in a completely different context. Where Matthew focuses more on the apostle as a teacher, Luke focuses more on disciples in general. In Luke Jesus teaches a humility that seeks the lowest place, not the highest, that seeks the lowest of people, not the great ones, so “when you give a feast, invite the poor, the maimed, the lame, the blind. And you will be blessed, because they cannot repay you; for you shall be repaid at the resurrection of the just.”

And that brings us to this week’s Gospel, which defines humility as beating the breast and praying the Kyrie.

Humility all around, from beginning to end. It’s the way of the Bible, because it’s the way of Jesus Christ, Who Himself was humbled, joining all the humble, but ended up exalted, showing what awaits all who humble themselves before the Lord.

As we look at those humbled, what do we see? We see a people wandering in a desert; a barren woman; the poor, maimed, lame, and blind; and sinners. Sometimes the Lord humbles us; sometimes we are to humble ourselves. Whatever the case, every breath of the Scriptures teach that being at the humble point is where we ought to be, so as to be lifted up. As it was for the one who cried out, “Into thy hands, O Lord, I commit my spirit,” so it is for us. Kyrie is the pathway heaven.