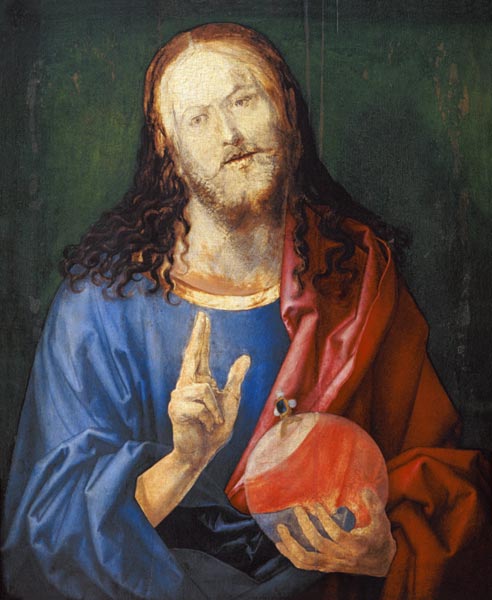 For God so loved the world that He gave His only begotten Son, that whoever believes in Him should not perish but have everlasting life. For God did not send His Son into the world to condemn the world, but that the world through Him might be saved.

Evangelicals who use this as a “Gospel in a nutshell” conveniently forget a context which alludes to Holy Baptism, the foundation for liturgical worship, and arguably Holy Communion. How so?

Because the entire flow of the Gospel is how we must be born from above in order to “see” the kingdom of God. This happens through water and the spirit, where these earthly testaments manifest heavenly realities, via the one who came down from heaven and will soon be “lifted up” as the pierced one, a moment testified by water, blood, and spirit, or baptism, communion, and absolution.

The liturgical element is insofar as the entire moment of “looking at the pierced one” occurs as we witness the “kingdom of God” by the Holy Spirit, who communicates into our faith a vision of heavenly realities, making real our existential reality at God’s right hand.

Simply put, as we look to baptism as the foundation of faith, receive the Holy Spirit through absolution, and look to the Sacrament, we see the pierced one, our bronze serpent. And this is everything that sets up the famous “For” in “For God so loved the world.”

We forget that little “For.” John 3: 16 is not a standalone text. It is not a “nutshell.” If someone wants a Gospel in a nutshell, you probably can’t do better than, “This is my Body given for you; this cup is the new testament in my blood, given for you for the forgiveness of sins.”

But John 3: 16 has a deep context, invoking visions of heaven by faith, water, the work of the Holy Spirit, the wandering of Israel in the wilderness, the complaining about bread, the bronze serpent, Christ’s being “lifted up” and what that means, His “pierced” status.

Still, it is a beautiful passage, and if there might be a gripe against the traditional emphasis on it, it might be because it’s very often used to highlight faith, as in “that whosoever believeth.” But again, it’s a “faith” ripped out of the greater context of “seeing” the kingdom of God, and “looking” at Him whom they have pierced, and being “born from above” by water and the spirit.

Rather, what retains its beauty in the passage is the bit about God so loving the world. He loves the world as He loves His Son, whom He lifted up and by lifting up drew all men to Him.

Jesus is the fullness of God’s creation. He is the one “who descended [and] is also the One who ascended far above all the heavens, that He might fill all things.” This is “His body, the fullness of Him who fills all in all.”

At the cross, the creation was finished. Until then the creation groans with Christ until the new creation is given birth, which comes by water, blood, and spirit, which is the foundation of the Church, which is emergence of the New Creation in time.

Again from an above verse, but in greater context, read carefully: “(He who descended is also the One who ascended far above all the heavens, that He might fill all things.) And He Himself gave some to be apostles, some prophets, some evangelists, and some pastors and teachers, for the equipping of the saints for the work of ministry, for the edifying of the body of Christ, till we all come to the unity of the faith and of the knowledge of the Son of God, to a perfect man, to the measure of the stature of the fullness of Christ; that we should no longer be children, tossed to and fro and carried about with every wind of doctrine, by the trickery of men, in the cunning craftiness of deceitful plotting, but, speaking the truth in love, may grow up in all things into Him who is the head – Christ – from whom the whole body, joined and knit together by what every joint supplies, according to the effective working by which every part does its share, causes growth of the body for the edifying of itself in love.

The love of God in Christ, in Whom God loves the whole creation, is manifest in time as God draws people to Christ, the pierced one, through the three earthly testimonies, water, blood, and spirit. That, again, is the Church’s ministry, the manifestation of the new creation in time, by faith, through the earthly testaments. When Jesus says, “Abide in my love,” He means, “Abide in these earthly testaments.” This is the basis, after all, for understanding Holy Communion as a “love feast,” and its roll in leading us to have “fervent love for one another.”

No greater love has anyone than to give up His life for another, and what is Holy Communion? “Given and shed for you.”

The second beautiful element of John 3: 16 is the bit about being saved from God’s wrath. Those who look to the pierced one who manifests by the three earthly testimonies (water, blood, and spirit), and receive these by faith so that they have a vision of heaven on earth, are spared God’s wrath. Why? Because they are born of the water and the spirit, and one of the Holy Spirit’s tasks is to convince the world that it’s wrong about sin, righteousness, and judgment.

Sin is not believing in Jesus. Righteousness is Jesus at the right hand of the Father. And Judgment is Satan being tossed out of heaven. Those who are drawn to the pierced one, who sits at God’s right hand, are drawn to their righteousness. Their sin is not that they sin here and there, for there is absolution for this sin. But they have avoided the “sin unto death,” which is to not believe in Jesus. And their Accuser, who accuses them day and night, is thrown out of heaven.

This was the whole reason why Jesus came, that “the world through Him might be saved.”