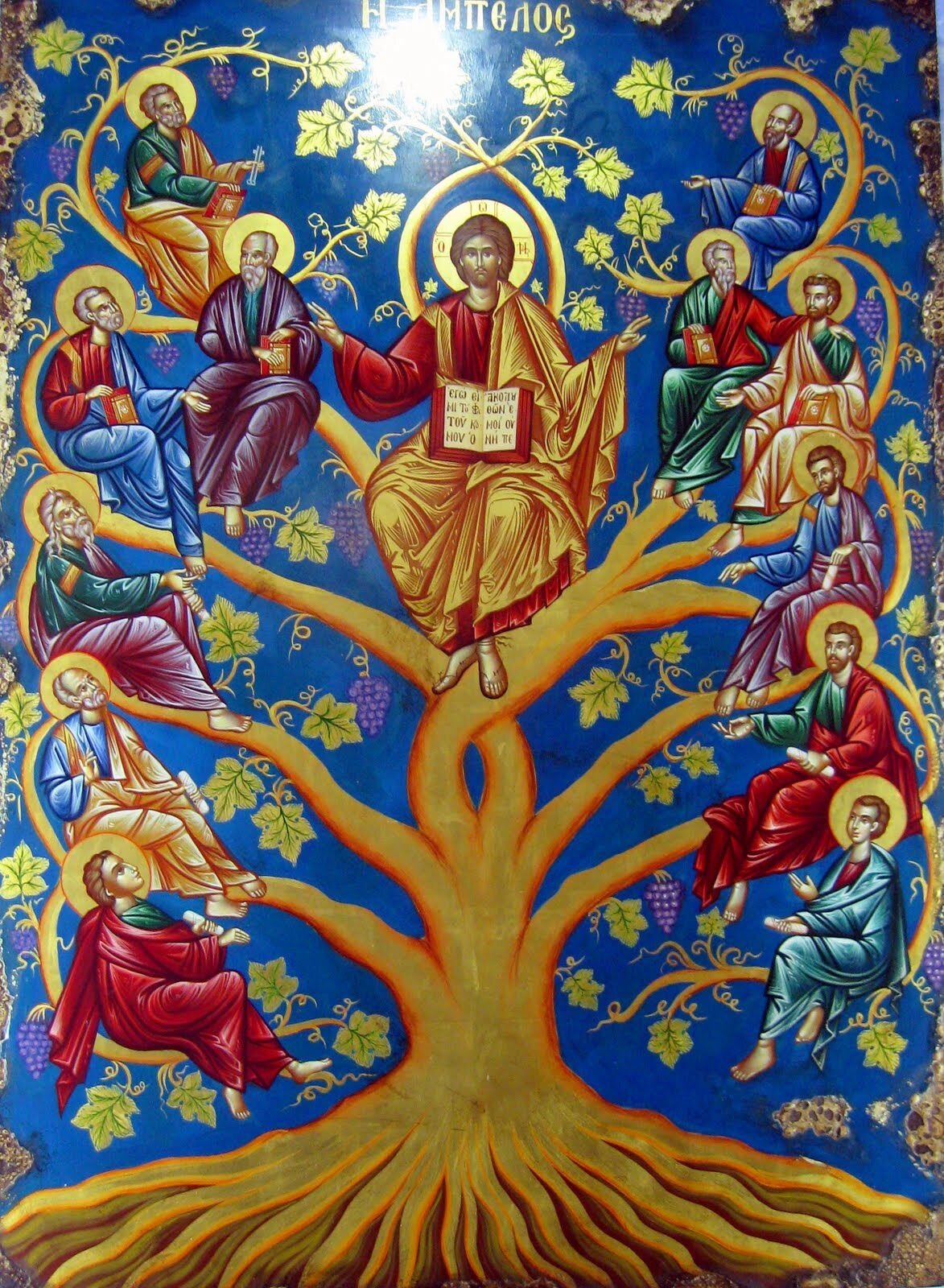 Since there are only twelve days of Christmas, to have two Sundays after Christmas is an occasional happening. When it does come up, usually January 6 will come shortly afterwards, setting up a strange situation. The January 6 (Epiphany) Gospel reading is Matthew 2: 1-12, whereas the Gospel for the second Sunday after Christmas is Matthew 2: 13-23. The oddity is that the latter part of Matthew 2, the flight to Egypt, precedes the early, wise man part of Matthew 2.

Oh well. There are plenty of themes in both readings to captivate our attention this week, given Epiphany falls in the week as well. But we begin with the Christmas reading.

Arguably the final sentence of the chapter sums it all up: “He shall be called a Nazarene.”
Jesus is called a Nazarene because His family settled in Nazareth. The etymology of Nazareth is from the Hebrew, netser, which means “branch.” For those who know the prophecy, a series of thoughts should be populating your understanding.

The prophecy is from Isaiah, “There shall come forth a Rod from the stem of Jesse, And a Branch [netser] shall grow out of his roots.” “The Branch” is a title for the Messiah. In fact there is no prophecy in the Old Testament that says, “He shall be called a Nazarene.” In fact there’s not much of anything close to that. We’ll deal with this conundrum in an upcoming devotion. For now, we work with the “branch from the stump of Jesse” theme.

The root of Jesse was in Bethlehem. It’s where Jesse was from, where Samuel anointed David king. The kings of Judah arose from Bethlehem. The dynastic family tree grew from the Bethlehem soil. The image is clear.

What led to the tree becoming a stump? Many things. Judah hadn’t had a king for centuries. The dynasty ended. King Herod represented all the power of pagan kings overthrowing the Judean kings and causing that dynastic tree to be a stump. In particular, Herod’s act of massacring the innocents was the axe at the base of the dynastic tree, and for all practical purposes, the tree came tumbling down…again.

Yet God had promised there would be an anointed one, a Christ, to sit on David’s throne forever. Either God’s Word and promise were false or there would arise a Messiah to fulfill that promise. Jesus did precisely that. He was to be the final and forever cap on the family tree.

But He was down in Egypt. Egypt is where the Lord calls His sons. Egypt is like the nursery for God’s young plants, as it is written, “You have brought a vine out of Egypt; You have cast out the nations, and planted it.” Herod represented “the nations.”

Although the metaphor is a bit mixed – a transplanted vine and a Branch growing out of a stump – it’s botanically tied together at least. We all get the image. Jesus is the Branch who would rise from the hewn dynastic tree of Bethlehem; He’d be the vine brought out of Egypt and planted in Nazareth, the place of the Branch, and for that reason, yes, Jesus is called a Nazarene. He’s the Branch.

It’s a beautiful image, but lurking beneath the surface of this image are some horrid things to contemplate: swinging axes, murdered toddlers, traveling over deserts…paganism’s triumph over God’s people. To say nothing of the “out of Egypt” concept: four hundred years of slavery, Joseph sold into slavery and false accused of rape, Pharaoh’s massacre of male children…paganism’s triumph over God’s people.

And yet, behold the little sprig arising from the hewn, ashen stump, that little sprig of life that has power to turn chaos and void into powerful life. That’s the work of the one called “Nazarene,” “the Branch,” Jesus of Nazareth, King of the Jews.