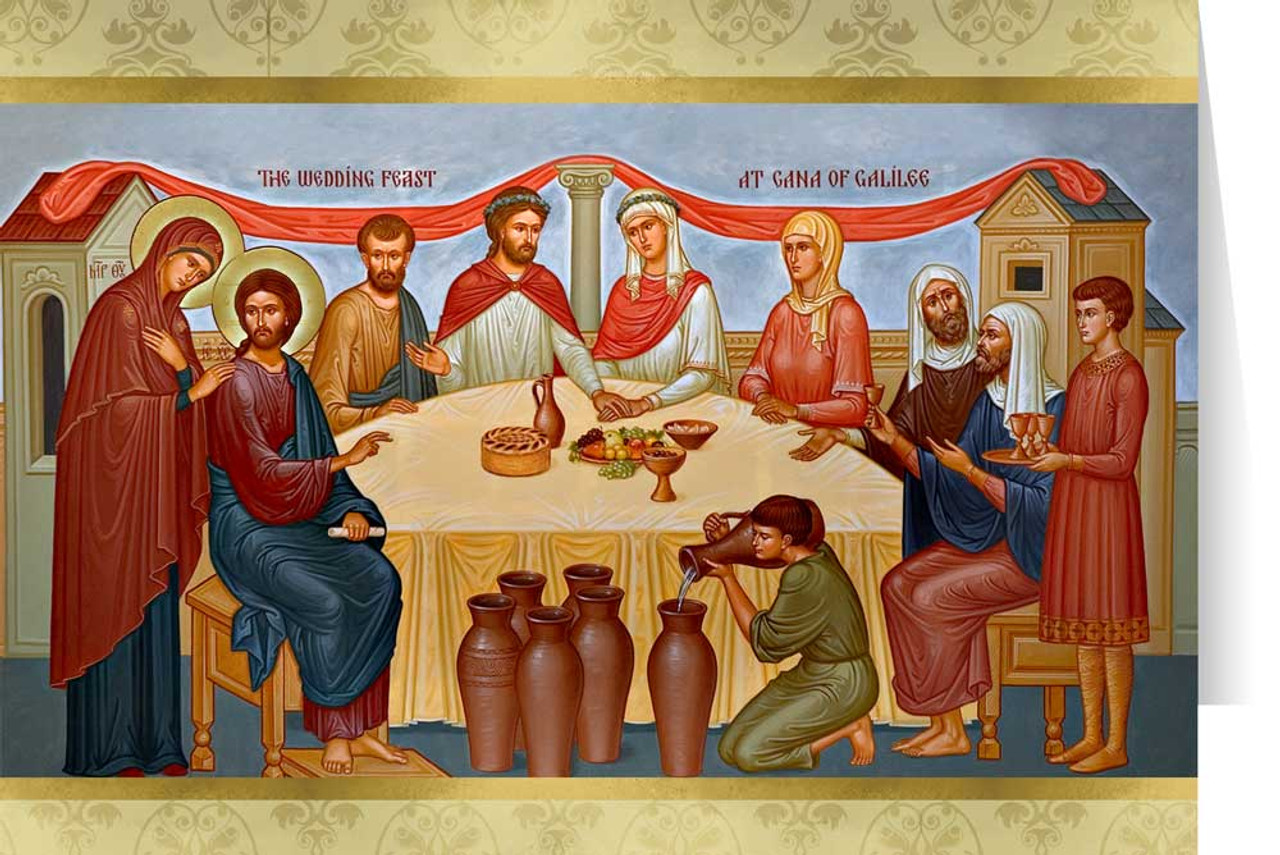 This week’s set of readings is, well, epiphanic. The Old Testament reading is the account of Moses seeing God’s glory as He passed by, while he hid in the cleft of the rock. He could not see God’s face, because to see it would have meant his death. How does this relate to the historic Gospel of Jesus’ miracle at Cana, the turning water into wine? It’s a strange pairing of readings.

That is, until we survey what is meant by the face of God, and what it means when God is face to face with His creation, or His new creation.

For me, the verse that caused a flood of data to populate my understanding was this, from Song of Solomon: “O my dove, in the clefts of the rock, In the secret places of the cliff, Let me see your face, Let me hear your voice; For your voice is sweet, And your face is lovely.”

When you survey the data from the beginning, you realize something huge going on: the entire biblical account from beginning to end may be an entire marriage saga, like a big, divine soap opera! This is Jesus’ first sign, after all. It’s also the final image from Revelation, that is, the great marriage feast of the Lamb. Does the Scripture begin with a marriage metaphor?

Darkness was on the face of the deep. Put another way, the Lord could not behold the face of His beloved creation, the creation in which He would delight. The darkness and waters were like a veil over the face of the Lord’s about-to-be creation. The creation account is then like the veil coming off. One by one the Lord revealed, from the watery darkness, the wonderful varied elements of creation, light and dark, seas and lands, the light-filled heavens, and the birds and animals.

And then, look at the words around the creation of Adam: “[A] mist went up from the earth and watered the whole face of the ground.” Again, the Lord brings the climax of His creation out of a watery veil covering the “face” of the earth.

It’s a marriage! A marriage of the Lord with His bride, His creation!

The Lord facing His creation, His bride, means life. The opposite means not life. When the Lord’s “wife” sinned against Him, by chasing other gods (Satan and Self), He turned His face. As the Psalm says, “You hide Your face, they are troubled; You take away their breath, they die and return to their dust. You send forth Your Spirit, they are created; And You renew the face of the earth.

The flood is like the Lord putting the veil back on His bride. Yet, the longing prayer of His creation – at least as reflected by the type of the anointed representative one on humanity’s behalf (the Psalmist) – is that it might behold the face of its Lord again.

As the Psalmist cries, “How long, O LORD? Will You forget me forever? How long will You hide Your face from me?” Many, many Psalms run this way.

Alas, the Lord will not hide His face from one, His anointed, as we hear in the crucifixion Psalm, “For He has not despised nor abhorred the affliction of the afflicted; Nor has He hidden His face from Him; But when He cried to Him, He heard.”

This is the Anointed One, the Christ, about whom we hear, “O God, behold our shield, And look upon the face of Your anointed.” And “For Your servant David’s sake, Do not turn away the face of Your Anointed.”

This messianic age will be a marriage, we learn from Isaiah, “For the LORD delights in you, And your land shall be married. …And as the bridegroom rejoices over the bride, So shall your God rejoice over you.”

In the Jordan, as the Lord Jesus emerged from the watery veil, indeed, the Lord did not turn away His face. Rather, He proclaimed His delight in His creation – at least the “firstborn of all creation” – in His words, “This is my beloved Son, in whom I am well pleased.”

And Jesus? On behalf of the Lord’s bride over all biblical history, what of this verse could not be applied to Him? “O my dove, in the clefts of the rock, In the secret places of the cliff, Let me see your face, Let me hear your voice; For your voice is sweet, And your face is lovely.”

Yes, old humanity – in that adulterous affair – could only remain in the clefts of rocks with Moses. The climax of this situation is given in Revelation: “And the kings of the earth, the great men, the rich men, the commanders, the mighty men, every slave and every free man, hid themselves in the caves and in the rocks of the mountains, and said to the mountains and rocks, ‘Fall on us and hide us from the face of Him who sits on the throne and from the wrath of the Lamb!’ ”

But Jesus, humanity’s renewed and redeemed creature, while claiming the humanity of Moses’ generation even as He Himself is bonded to the Lord with an unbreakable bond, sees the dove of “her” Lord descending, as He emerges from behind the watery veil. The Lord pulls aside the watery veil and beholds His beloved bride, in Christ.

Christ, of course, is the marriage of heaven and earth, of humanity with her Lord. He is the one flesh union, the God-man. So, while we more often hear of Him as the groom, it’s not completely wrong to see Him, in His humanity, as the bride, the Church. The Church is His body, after all. The body is what emerged from the watery veil, what the Lord beheld and delighted in.

Once again we’re back to baptism. Baptism is where the Lord pulls back a new part of the veil of His new creation, His new bride. It’s where He beholds, in Christ, His beloved One in whom He delights, and they behold Him. “They shall see His face, and His name shall be on their foreheads.”

“And He will destroy on this mountain The surface of the covering cast over all people, And the veil that is spread over all nations. He will swallow up death forever…”

“Then, behold, the veil of the temple was torn in two from top to bottom; and the earth quaked, and the rocks were split, and the graves were opened; and many bodies of the saints who had fallen asleep were raised…”

“[T]he veil is taken away in Christ.”

And then there’s this from the last chapters of Revelation…

What sea is that? Again from Revelation, “And I saw something like a sea of glass mingled with fire, and those who have the victory over the beast, over his image and over his mark and over the number of his name, standing on the sea of glass, having harps of God.”

The sea mingled with fire is baptism. It’s where the holy dead come out, as opposed to “Death and Hades.” And once this watery veil is taken away, in heaven, it is “no more.” The marriage is complete.