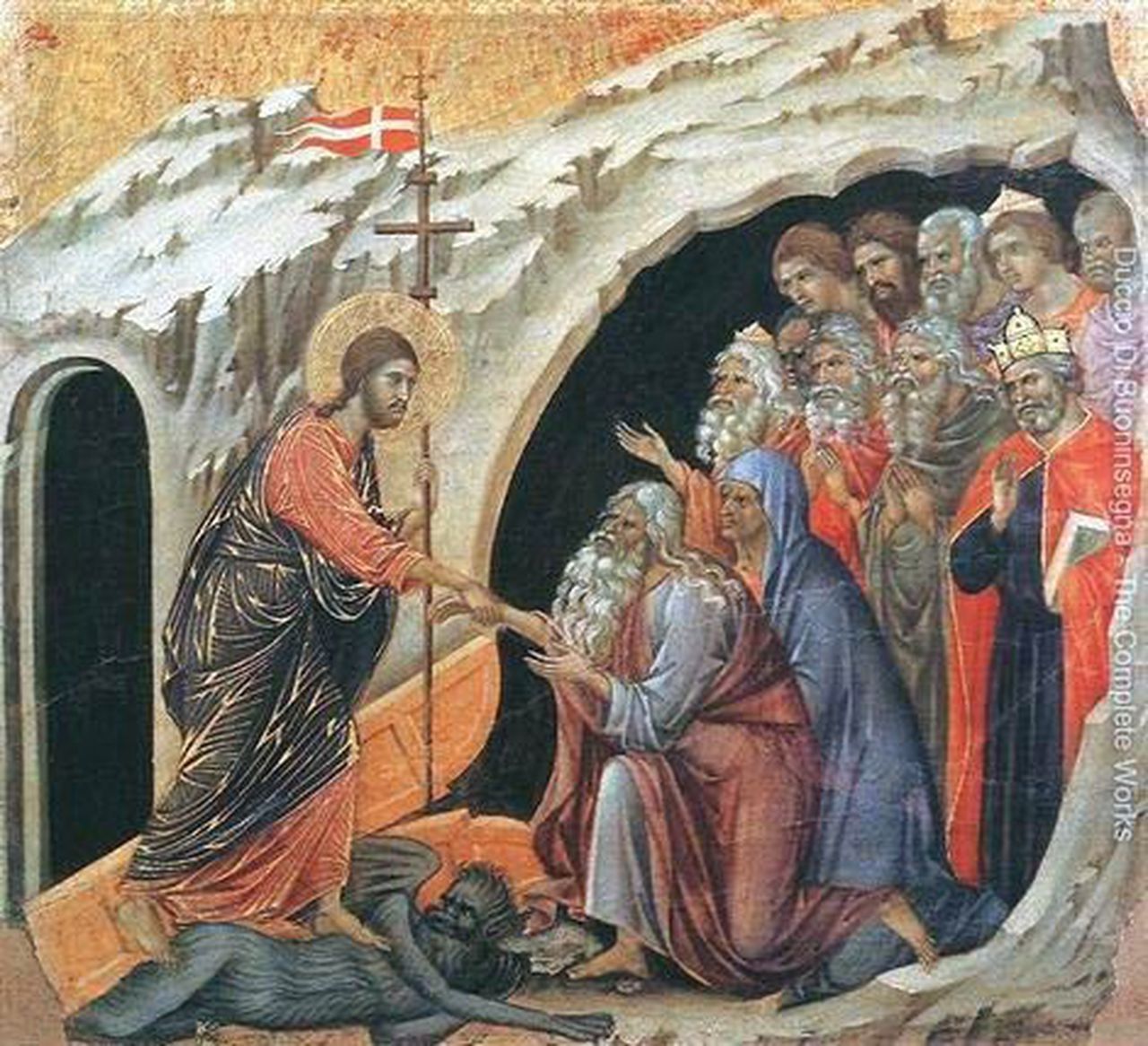 “For whoever exalts himself will be humbled, and he who humbles himself will be exalted.” This is the last passage from this week’s Gospel and it’s the last we hear from St. Luke in the Church year. (I was wrong last week when I said that was the last Luke Gospel – it’s this week.) Interesting, but this was how Luke’s contribution in the Trinity season began, with the account of Lazarus and the Rich Man, another Gospel about the humble exalted and the exalted humbled.

It’s also arguably what the entire Lucan contribution is, even as he begins with those powerful Christmas Gospels, invoking Mary’s hymn, which in turn invoked Hannah’s hymn, in which are the words, “The LORD kills and makes alive; He brings down to the grave and brings up. The LORD makes poor and makes rich; He brings low and lifts up. He raises the poor from the dust And lifts the beggar from the ash heap, To set them among princes And make them inherit the throne of glory.”

How is the entire life of Christ not a fulfillment of these words? As I teach the Old Testament, I always explain how there are four ways the Old Testament prepares the way for Christ. First there are the blatant prophecies about Christ. Second are the typologies, like the Exodus or King David, which are essentially action prophecies about Christ or the Church. Third is the Seed Promise, first given in Genesis 3: 15 and flowing through the entire Old Testament in the patriarchs, in characters like Rahab and Ruth, and in the dynasty of King David – Matthew’s Gospel picks up this strain in his first chapter.

The fourth way it prepares for Christ is in the unfolding humble-exalted theology that we see throughout the Old Testament. We get an early example of this in the two lines of Cain and Seth. Cain’s family was urban (because the land was cursed), innovative, and accomplished. Of Seth’s family all we hear is “and he died” over and over again. Yet Cain’s line ended in the flood, and Seth’s family line carried on through Shem to Abraham and into the starry sky, as fulfilled eventually in Christ’s children by faith.

God uses a childless Abraham to populate His kingdom. The enslaved Joseph becomes a prince of Egypt. A nation of slaves becomes a great people. Gideon’s army of 300 defeats a nation. David kills Goliath. On and on we could go. The humble are exalted; the ones falling down into the pit are lifted up on high. It’s a theological theme woven throughout Scripture culminating in the humiliation and exaltation of Christ.

Jesus uses the parable of a donkey or oxen falling into a pit to illustrate His point. Who on the Sabbath wouldn’t go down to save his own animal if it fell into a pit. That no one answers indicates clearly it was well within acceptability to show such mercy on an animal on the Sabbath.

Jesus analogizes the point. Just as the people could save what belonged to them on the Sabbath, so can Jesus save what belongs to Him. Interesting, but in the analogy, we’re the donkeys or oxen. Lots to mine from that. He doesn’t compare us to spider monkeys or gazelles, fleet-footed or agile animals with lots of skill. He compares us to lumbering herd animals who are helpless. Because that’s what we are in our curse of sin and death! We must be helped; we must be saved.

Also by analogy, we have fallen into a pit. Now, where did Jesus reach down into a pit, on a Sabbath Day, and save us from that pit? Isn’t this what Jesus did on the day between His death and resurrection, on the Sabbath Day, when He descend into hell? His descent becomes the event metaphorically replicated every time, through the ministry, He reaches to us in our “pit” – of despair, of sin, of disease, of death – and saves us by the Gospel, by forgiveness, by grace.

“But it’s the Sabbath! You can’t work on the Sabbath!” Such was the reaction of the Pharisees. To which Jesus’ response is – if we glean all the material on the Sabbath from the Gospels – the Sabbath was an unfulfilled day made for man pointing to a greater fulfillment and a truer rest centered in Jesus Christ. And, by the way, as we learn in St. John’s Gospel, the Lord never really stopped working, but “has been working until now, and I [Jesus] have been working.”

The heavens and earth were “finished” on the sixth day, but in God’s wisdom, this “finished-ness” needed to be fleshed out in time, and was fleshed out in Christ on the day (the sixth day) when He said, “It is finished.” So, whatever Sabbath was begun on the first seventh day needed another fulfillment, when Christ sanctified the grave with His own rest and rose from the dead.

This is why Christ says now of rest, “Come to Me and I will give you rest.” He’s our Sabbath Day, not a time, but a Person.

Jesus began the Sabbath Day in the grave, grabbing the hands of Adam and all his children – those helpless donkeys and oxen – and lifting them up on Easter Day into their exaltation, with Him. This is the true rest we, the weak and heavy-laden (like oxen), have. The humble are exalted.