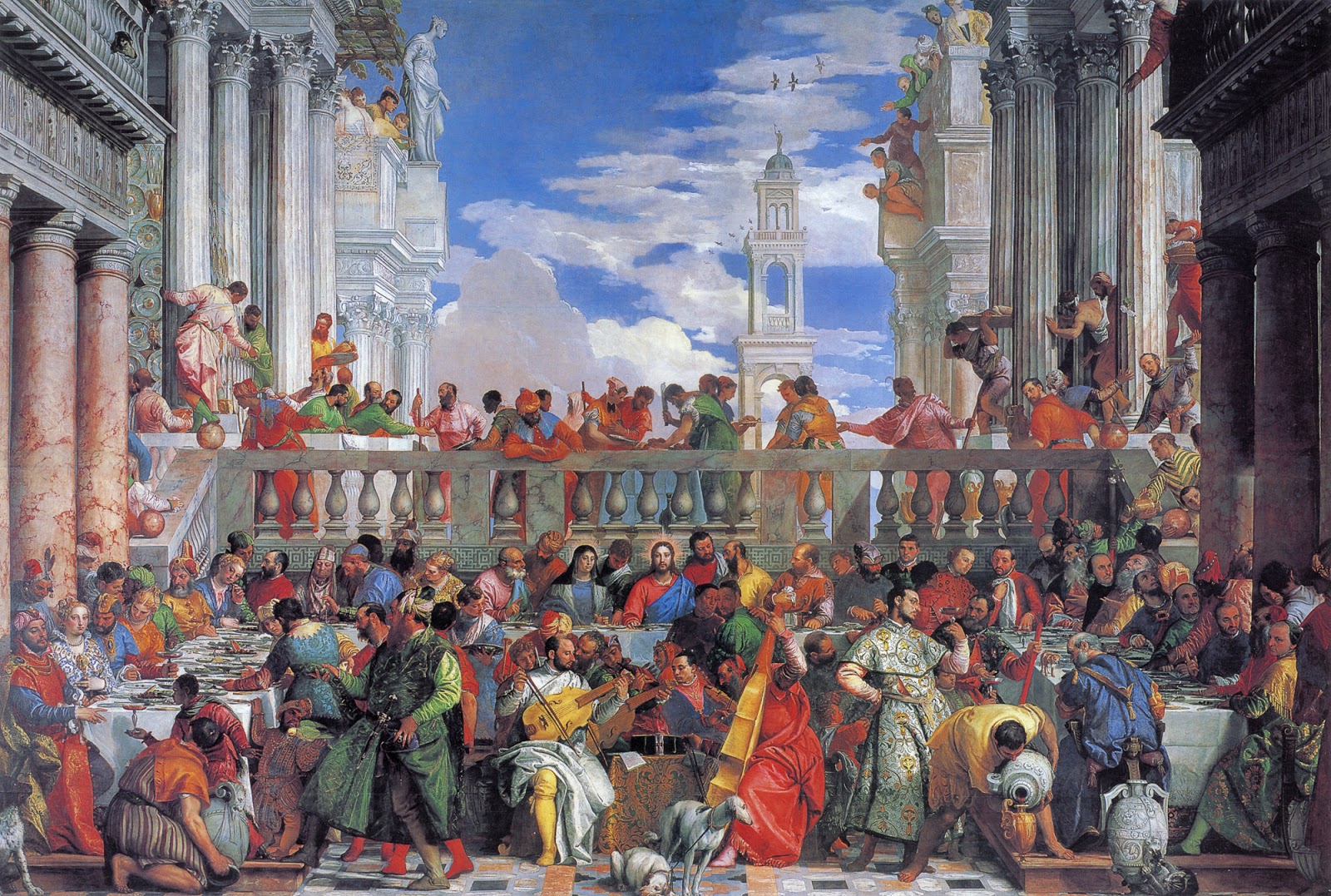 We need to back up a few verses and discuss the time line of the Gospel of John.

Right off the bat we get a strong clue that John’s Gospel is about the new creation. His Gospel begins, after all, with “In the beginning.” Well, after “in the beginning” were seven days of creation. Do we get any indication of such days in the Gospel of John? In fact we do, strongly.

In the first several chapters of John, there are repeated references to the day it was. Let’s first lay the date out:

John 1: 29 – The next day John saw Jesus coming toward him, and said, “Behold! The Lamb of God who takes away the sin of the world!

John 1: 35-37 – Again, the next day, John stood with two of his disciples. And looking at Jesus as He walked, he said, “Behold the Lamb of God!” The two disciples heard him speak, and they followed Jesus.

John 1: 43 – The following day Jesus wanted to go to Galilee, and He found Philip and said to him, “Follow Me.”

John 2: 1 – On the third day there was a wedding in Cana of Galilee…

Now, because the first verse says “the next day,” that puts the focus on what happened the day prior. What happened then? It was John answering the question of who he was: “I am ‘The voice of one crying in the wilderness.’ ”

So, assembling the data, we have a “beginning” in which there is a wilderness, or chaos and void. A “Voice” pierces that wilderness, chaos, and void, and proclaims the coming of the “Word.” What Word? The “I Am,” or the “Let there be.”

This would be Day One, when John proclaims the testimony. He called himself “the voice” proclaiming in the wilderness, not unlike the voice calling out into the chaos and void, “Let there be.”

The next three days are the days of new creation – Day Two through Day Four – of the Lord calling His disciples. Andrew and John leave John the Baptist and join Jesus. Then Andrew fetches Peter. The next day, Nathanael and Philip join Jesus. How does the calling of the disciples parallel the new creation? The Gospel of John tells us right away how: “But as many as received Him, to them He gave the right to become children of God, to those who believe in His name: who were born, not of blood, nor of the will of the flesh, nor of the will of man, but of God.”

In the original creation, the first four days of creation were the completion of what we might call the architecture of the creation into which the animal beings of the final two days were placed. There are some intriguing biblical items that we could develop.

First, the disciples “born from above” fulfill God’s promise to Abraham that his children would be numbered as the stars of the sky.

Second, there is Psalm 19, which St. Paul applies to the apostles: “The heavens declare the glory of God; And the firmament shows His handiwork. Day unto day utters speech, And night unto night reveals knowledge. There is no speech nor language Where their voice is not heard. Their line has gone out through all the earth, And their words to the end of the world. In them He has set a tabernacle for the sun, Which is like a bridegroom coming out of his chamber, And rejoices like a strong man to run its race.”

Here’s how St. Paul interprets that Psalm: “So then faith comes by hearing, and hearing by the word of God. But I say, have they not heard? Yes indeed: ‘Their sound has gone out to all the earth, And their words to the ends of the world.’ ”

The apostolic ministry is the “architecture” of the new creation. So, that could explain the calling of the apostles on days two through four.

On Day Six we expect the creation of man. But Jesus is a second Adam, and He’s the source of those “born from above,” a new and redeemed creation of humanity. So we only get silence on that day, as well as the Sabbath Day – after three days. Nothing those days.

Then the wedding happens. On Day 8. This is the day of new creation. You might say, “But didn’t God rest on Day 7?” And Jesus answers, “My Father has been working until now, and I have been working.” The new creation isn’t finished until Jesus breathed out the Holy Spirit after saying “It is finished” and then delivered that same Spirit to the apostles assembled in the upper room, an event about which we read, “You send forth Your Spirit, they are created; And You renew the face of the earth.”

That day was Day 8, the day of resurrection, or, the “Day of the Lord.”

This was the day John received His revelation, “I was in the Spirit on the Lord’s Day, and I heard behind me a loud voice, as of a trumpet…” This day culminates, toward the end of Revelation, with the great heavenly wedding banquet.

The divine liturgy is the architecture of the new creation. It’s elements are established by the apostolic testimony, a light unto the world. Each eighth day is a great wedding feast. Of course, as with John, a lot else is going on in our world in the background – spiritual and demonic things – but due to his faith, his being “in the spirit,” he was able to see the events of the world as worked by the Lord toward the ultimate, marital blessing for Church, His bride.