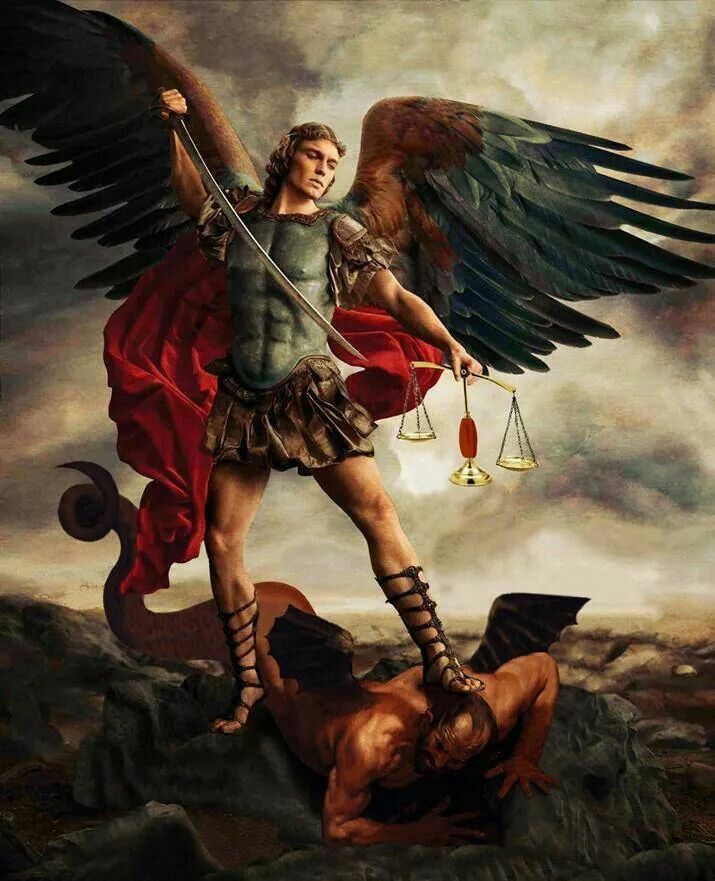 Jesus’ image of the house ruled over by the strong man has an interesting subtext. Twice it refers to the devil’s status in the house as a state of rest or peace. There’s this first: “When a strong man, fully armed, guards his own palace, his goods are in peace.” And then there’s this: “When an unclean spirit goes out of a man, he goes through dry places, seeking rest.”

We’ll probe this idea that demons seek human bodies in order to find rest later, but today we meditate on the simple truth that demons residing in human bodies is simply “situation normal.” It’s the default. Of course, this is what’s going on when Jesus referred to the devil as “this world’s prince” and St. Paul called him “the prince of the power of the air.” It’s what Satan alluded to when he tempted Jesus with all the kingdoms of the world, “for this has been delivered to me, and I give it to whomever I wish.”

It’s what’s going on when Jesus said, “You are of your father the devil, and the desires of your father you want to do. He was a murderer from the beginning, and does not stand in the truth, because there is no truth in him. When he speaks a lie, he speaks from his own resources, for he is a liar and the father of it.” And finally, it’s the theme behind St. Paul’s teaching that, we “were by nature children of wrath, just as the others.”

This is why the people laughed when Jesus said of the little girl, “She is not dead, but sleeping.”

Simply put, our nature is to accept the principles of Satan and Beelzebub, those being self-accusation, self-loathing, and self-guilt (Satan the accuser), and the dissolving effects of sin on our bodies, returning them to dust (Beelzebub, lord of the flies). It’s the basis of the motto, “Let us eat, drink, and be merry, for tomorrow we shall die.”

When we’re thinking that way, we’re at our default. In a perverse way we’re at peace.

Sin has the same effect. What is the allure, after all, of all the vices? What is the allure of anger, lust, drunkenness (and all the drugs), covetousness, and so on? Is there not a sort of peace of mind you get, or rest for your soul, when you first partake of vice?

Of course, the self-loathing and dissolution of the person only happens later, because that’s what demons do ultimately, they lie and destroy. But at first there is something restful and peaceful about working out our “default.”

Jesus and the Word He brings is like a bull in a china shop, the china shop being the arrangement of our souls according to the sinful nature, the carefully ordered glass shelves full of chinaware, all set up according to our elaborate will to self-justification…all idols, but more like a house of cards. And when Jesus comes in, via the ear, and He begins working His fingers in our hearts and mind, it all comes crashing down, exposing the china shop to be nothing more than a continuation of Adam’s fig leaf covering up the chaos and void man’s soul had become.

It’s jarring. And how part of us always wants to end that trauma to the system and return to things being “swept and put in order,” the very thing Jesus warns against. No, you need Jesus’ trauma to the system. Your soul needs to be jarred. Because it’s all part of Christ’s call to “take up your cross daily and follow Me.” It’s His call to lose our life, so that we might find it in Him.

There is a certain nihilism in this week’s Gospel, the allowance of warfare for a greater good. And indeed, there is a certain amount of nihilism in Christianity, the very thing Karl Marx identified as dangerous, that is, the unwillingness of Christians to make a go of things in this world, to build heavens on earth.

The paradox is in the end, Christianity ends up have a net positive effect in this world. Jesus brings warfare leading to the “peace that passes all understanding,” and a rest that’s deeper than a day off. And this, in the end, is far from nihilistic, but the reaffirmation and re-establishment of our very being. When you have a culture downstream from those sorts of souls, good things tend to happen.