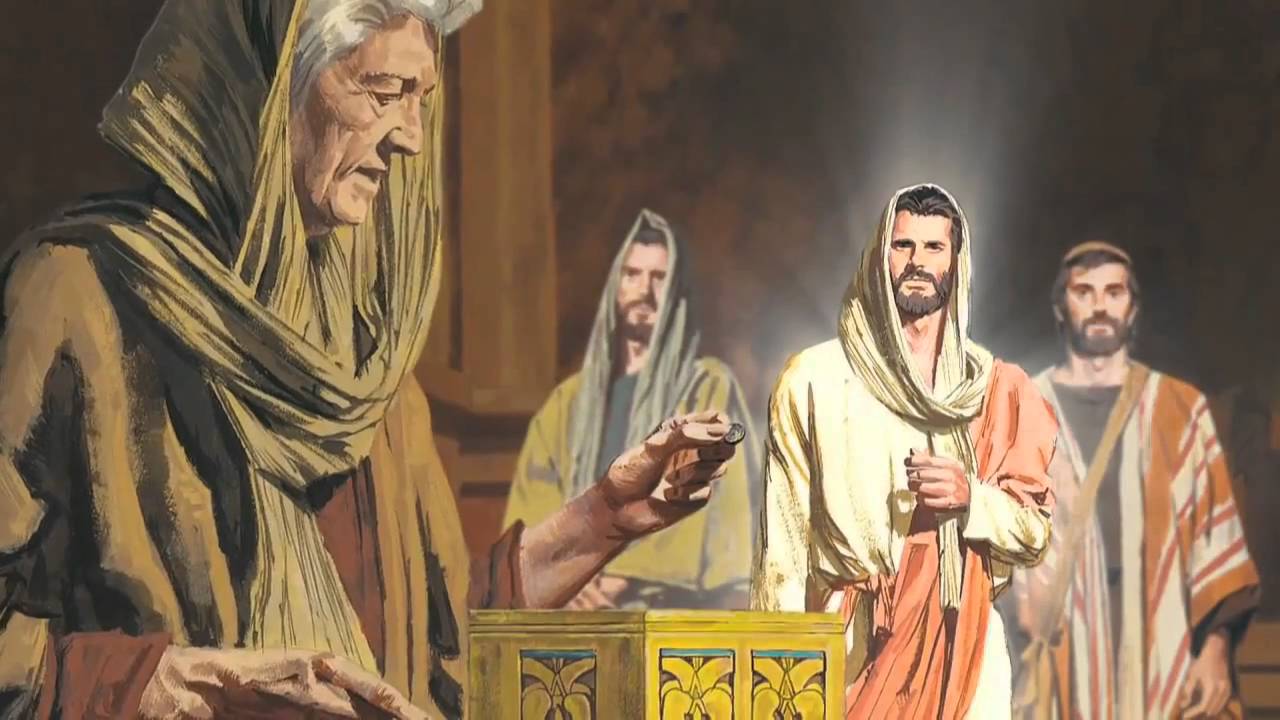 So two things we have to explore. What does it mean to be faithful? And what is unrighteous and “least” about mammon?

What does it mean to be faithful? To make friends. Make friends with whom? Those in debt to the rich man. A parable is an earthly story with heavenly meaning. Who are the heavenly debtors? Sinners, the poor, those indebted to God. We’ve contemplated how Jesus fulfills the debtor, which is why to befriend the debtor is to befriend the one who has power to receive you into an everlasting home.

And this we do with unrighteous mammon. Yes, that could be money. You give to charity because in a sense you’re depositing to your heavenly account. Why not? Is it wrong to give expecting reward? Does not St. Paul say “Therefore we make it our aim, whether present or absent, to be well pleasing to Him. For we must all appear before the judgment seat of Christ, that each one may receive the things done in the body, according to what he has done, whether good or bad.”

And for those who say, “I have nothing to give,” Jesus gives the widow’s mite.

Who hasn’t noticed that very often the same people who are stingy with their money are also stingy with other more spiritual gifts? They may not be very patient, forgiving, or hospitable.

But Jesus is clear. To be faithful is to be generous with debt forgiveness. That motivation may be to secure a place in heaven, but Jesus seems to say this is fine.

The thing is, once the mind has changed, the heart begins to follow suit. It’s sort of like the prodigal son in the parable that comes up immediately before this parable. He has a change of mind – he comes to himself – and comes up with a “save your skin” plan to go back to his faith and ask to be a slave in the household. But when he goes back, he’s received as a son. Now the heart must follow suit, as the younger son relearns what it means to be in that family. Shrewd thinking toward the good eventually yields a good heart.

So also with the steward. He too had a change of mind once faced with his accounting for wasting the rich man’s goods (same word describing what the prodigal son did, by the way). So he changes his mind toward the debtors. What were previously fools to be exploited now become his best friends, even if for self-serving reasons. But he is going to be received into their homes! He’s becoming part of their world. Surely he too will grow into that role, and his heart will follow suit.

Why all this talk? Because when we do good, or are generous toward this world’s “debtors,” whether that be a literal poor person or a poor sinner, it may begin in a “tit for tat” manner: “I’m giving because hopefully Christ’ will pay me back one day.” Jesus after all teaches this very thing when teaching charity. “When you do a charitable deed, do not let your left hand know what your right hand is doing, that your charitable deed may be in secret; and your Father who sees in secret will Himself reward you openly.”

But though this at first be done shrewdly, the heart will follow suit, and soon the soul will be “all in” as far as generosity goes. The steward left a world of “tit for tat” mammon behind and entered into a world of debt forgiveness. That new world will leave its mark on him.

Because mammon by its very nature is a measure of limited goods or services. It only exists because of scarcity. We don’t sell air. It’s available to everyone without bounds. But almost every other thing we need to live is limited, and therefore has a price.

But the things of the Holy Spirit are without limit. He gives without measure. As Jesus says, “for God does not give the Spirit by measure.” And His righteousness, which comes from above, by the Holy Spirit, flows from the eternally abundant gift of Christ’s death and resurrection. There is not limit to it.

The steward left this world behind once he realized he was facing judgment, and that’s what made him shrewd. He began to see a new world of a new sort of measurement, the kind that begins to cut debt even by half.

This is the sort of world St. Paul speaks of when he speaks of the righteousness of God. “Now to him who works, the wages are not counted as grace but as debt. But to him who does not work but believes on Him who justifies the ungodly, his faith is accounted for righteousness.”

The world of works and debt are a world the steward left behind. He needed, and entered into, a world created by grace, the grace of those who could receive them into their homes.

Jesus teaches, those who treat unrighteous mammon generously – not according to its innate rules of limits and measurableness, but according to rules of abundant debt forgiveness – will also be liberal in their use of spiritual things, like hospitality, forgiveness, and generosity.

It’s the day of accounting that got the steward to this point. We all waste the rich man’s goods. We all will fail. When we do, and we come to awareness of this fact, it leads us to be faithful, which is to be generous both with what is least, and with what is greatest.