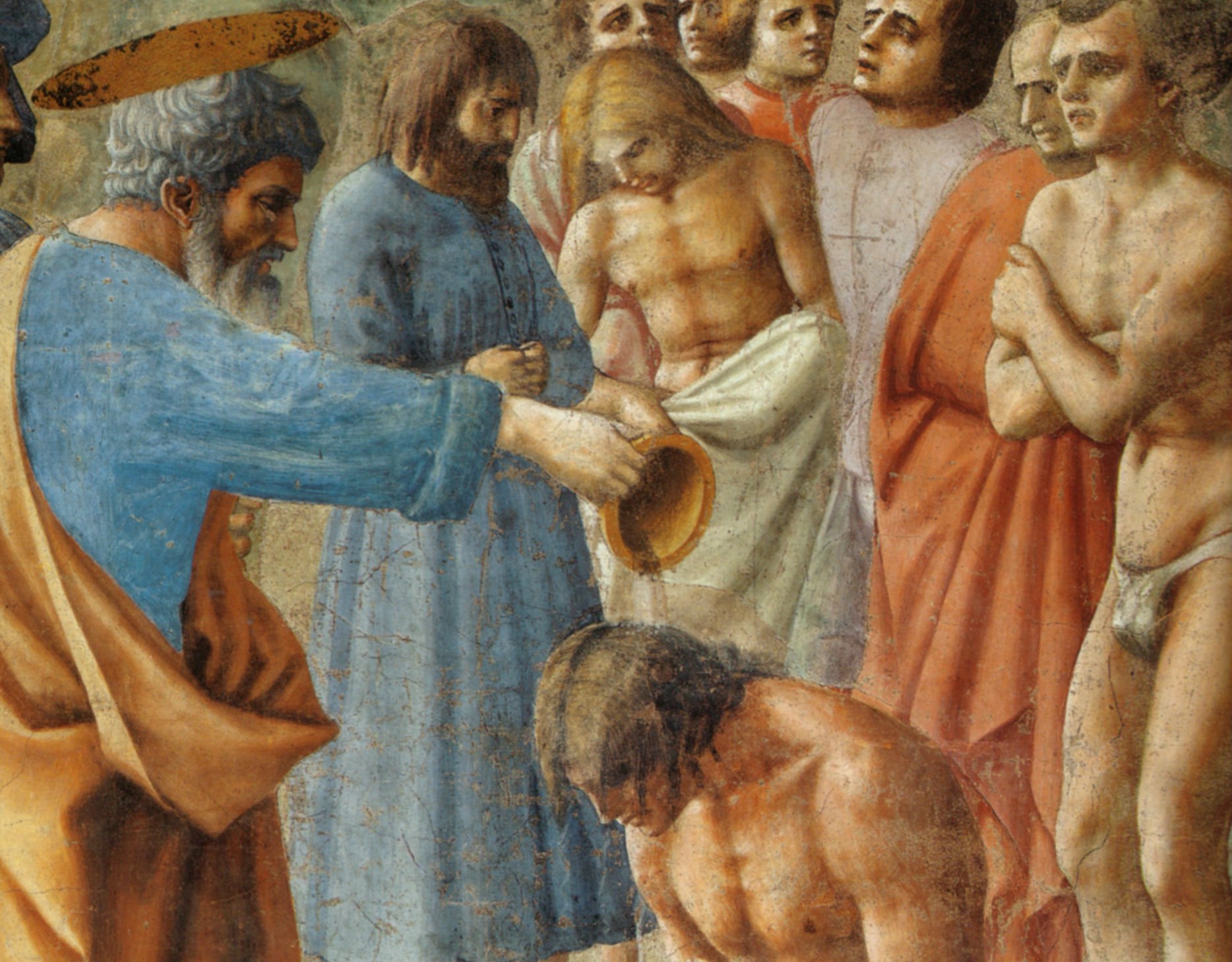 When Jesus first began His ministry, which was to save sinners, He sought baptism. Both the Savior and those who want salvation seek the same thing, baptism. Why? Because at baptism the Father declares His love for His beloved children. He does so in view of where Christ’s ministry would go and end up, at the cross and open tomb.

But there’s something untoward about a Savior being baptized, at least in John’s mind. Baptism may be where the Lord declares His love for His beloved children, but on the front end it’s where sinners get washed off. Let’s unpack that.

First off, we look at John’s reaction to Jesus’ approach. “I need to be baptized by You.” John recognized baptism as something for sinners, something done by a holier one for one who is less holy. John had no problem, evidently, baptizing others. If someone came up to him and said, “I need to be baptized by you,” he’d say, “You’re right!” Because, as is implicit in John’s words, baptism is done by one who is holy to one who is less than holy.

Baptism is for sinners, and John placed himself among them. John! This is the one about whom Jesus said, none born of women is greater. None! Yet, this one recognized his need for baptism. What does this teach us about sin? It’s not really about deep moral iniquity, about sin per se, but about our status in this fallen world. It’s about sinners. Everyone needs baptism, from the least to the greatest.

Second, what was it about Jesus that John recognized Him as the one who would properly baptize? Where did this come from? Recall, the Pharisees had asked John around this same time, “Why then do you baptize if you are not the Christ…?” That is, it was assumed by the religious leaders of the day that one of the things the Christ would do is baptize. Where did this come from? Where is the messianic promise that the Christ would baptize?

Well, the full verse above is “Why then do you baptize if you are not the Christ, nor Elijah, nor the Prophet?” So it was not only the Christ, but Elijah and the Prophet who were expected to baptize as well.

The rise of the “Prophet” was a promise of Moses, who said, “The LORD your God will raise up for you a Prophet like me from your midst.” If the “Prophet” would be “like Moses,” then it follows he would lead a newly created people through the waters, as Moses did. St. Paul speaks this way of Moses when he writes, “all were baptized into Moses in the cloud and in the sea.”

The “Elijah” figure was fulfilled in John the Baptist. Of this figure, Jesus Himself said, “Behold, I send My messenger,…But who can endure the day of His coming? And who can stand when He appears? For He is like a refiner’s fire And like launderers’ soap. He will sit as a refiner and a purifier of silver; He will purify the sons of Levi…”

This was what the big Bronze Sea was all about, a place for the Levitical priesthood to clean themselves for service in the tabernacle. Well, the second “Elijah” would “purify the sons of Levi,” that is, the corrupted priests, through similar washing, as the prophet Malachi promises. By the time of John the Baptist, evidently, many understood this to mean the sanctification of a new priesthood, from among all the people.

This brings us to the Messiah, the Christ. What passages suggested that the Christ would be a baptizer?

Isaiah’s prophecy early on has these words, “Wash yourselves, make yourselves clean; Put away the evil of your doings from before My eyes.” Doing so, the prophecy continues, will result in the following: “Though your sins are like scarlet, They shall be as white as snow.”

As we follow the prophecy, we learn the Messiah, the Suffering Servant, would take upon Himself these sins. This is how those sins would become as white as snow. “Wash yourselves” therefore is wrapped up with the work of the Messiah.

Israel also likely knew their Psalm 2, which linked the Lord with the Messiah in a bond no one could break. As it is written, woe betide the ones who rage “Against the LORD and against His Anointed, saying, ‘Let us break Their bonds in pieces And cast away Their cords from us.’ ” Such cannot be done. Rather, the Messiah was the Lord’s literal “right hand man.”

So, when they heard such prayers as, “Wash me thoroughly from my iniquity, And cleanse me from my sin,” they knew the Messiah could have this task of washing.

They’d think the same when they heard this prophecy from Ezekiel, “Then I will sprinkle clean water on you, and you shall be clean; I will cleanse you from all your filthiness and from all your idols. I will give you a new heart and put a new spirit within you; I will take the heart of stone out of your flesh and give you a heart of flesh. I will put My Spirit within you and cause you to walk in My statutes, and you will keep My judgments and do them.”

There was no “I will do” from the Lord in the abstract or in a generic way. “I will do” needs a messenger, someone to do the actual sprinkling and washing. Israel would know this person would be the Lord’s right hand man.

Israel knew a washing – a sprinkling of water – was going to be part of the messianic age. When John began baptizing, those who heard of him knew he could have been (a) the Prophet like Moses come to create a new people from the waters (Joshua sort of fulfilled this also when he led Israel over the Jordan into the Promised Land), (b) the second Elijah who would purify the sons of Levi, or (c) the Messiah acting on the Lord’s behalf to wash Israel from all her sins.

Whatever the case, baptism and the Messiah go hand in hand. Which is, again, why Jesus’ first act upon beginning His ministry was to go where the sinners were, and to be joined with them in the waters where the Lord was declaring His love for His beloved Son.

This was the new people He was creating through the “Prophet like Moses” through a new “Red Sea,” a moment about which the Lord had said, “Israel is My son, My firstborn. So I say to you, let My son go that he may serve Me.”

This was the purification of a new priesthood, who were “not a people but are now the people of God.” Such would proclaim the Lord’s praises, an offering done in righteousness.

Jesus came to baptize, everyone knew.  And eventually He did baptize, through the apostles.  But here, at first, He assumes the role not of baptizer but baptized, baptized by the Lord through John (Elijah).  Jesus thus numbers Himself with sinners.  He not only takes on all their sins, impurities, and uncleanness, but He assumes the role of the one who washes them from their sins.  Of course, this is because Jesus is both God and man.