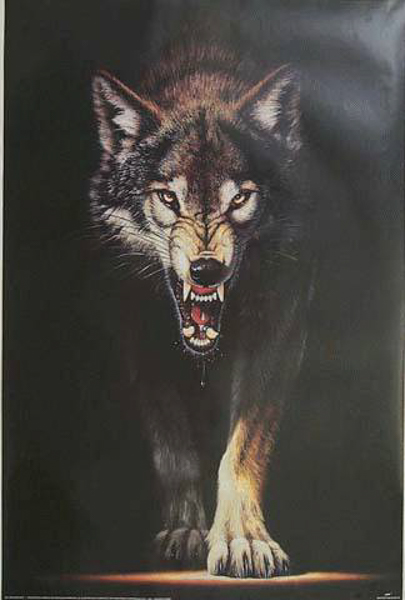 Beware of false prophets, who come to you in sheep’s clothing, but inwardly they are ravenous wolves.

What is it about the wolf that makes it ravenous? It feeds on others to satisfy its desires. That in a nutshell is what makes a false prophet thorny. Recall, Jesus asked if you gather grapes from a thornbush. To do so, one will stick his hand into the bush expecting to find grapes, but end up getting cut. The ravenous wolf masquerading in sheep’s clothing is similar. He comes across benign, innocent, and Christ-like. But as you reach into his soul, you find out he only feeds on others to satisfy his own desires.

Now, there is no minister of the Lord without sin. As the writer to the Hebrews tells us, “[the high priest] offer[s] up sacrifices, first for His own sins and then for the people’s, …For the law appoints as high priests men who have weakness.” Similarly did Jesus appoint apostles who had weaknesses and small faith. Their spirit was willing but their flesh was weak. Even St. Paul had his messenger of Satan which he begged the Lord to keep away from him, but the Lord said, “My grace is sufficient for you.”

The difference gets into how they deal with the desires of their selves. Often, in the Bible, when the Lord is describing the false prophet, He reveals how they are all about themselves. They prophecy their own thoughts and ideas. We get this especially in the Old Testament reading for this week from Jeremiah. Listen:

“They speak a vision of their own heart, not from the mouth of the LORD. …And to everyone who walks according to the dictates of his own heart, they say, ‘No evil shall come upon you.’  …Indeed they are prophets of the deceit of their own heart, who try to make My people forget My name by their dreams which everyone tells his neighbor, as their fathers forgot My name for Baal.”

False prophets speak “the deceits from their own heart.” They speak from their own desires. St. Peter echos this when he describes the false prophet, saying, “By covetousness they will exploit you with deceptive words.”

It gets even more subtle than this. Last devotion we meditated how an antichrist fuzzifies the borders between himself and God. A good prophet wouldn’t do this! It’s very clear in his mind where God ends and he begins. He is a mouthpiece, a servant, a messenger, and the Lord is something quite distinct, with signs, indications, and clear markers as to His presence. In the New Testament this was perfectly clear – God ended where the flesh and blood of Jesus ended. In the Old Testament it wasn’t as simple, but still clear – God made clear His presence with burning bushes, signs, without-a-doubt visions.

The point being, God has never made His voice known through gentle tuggings of the heart or nebulous dreams and visions which could be anything. But the antichristian spirit arises from exactly this dynamic. “I feel like God is moving me to do X, Y, or Z.” There begins the false prophet speaking from the deceits of his heart.

What’s actually happening is pernicious, and leads to that thorny “ouch!” The false prophet has some internal desire, some desire of his heart. That could be anything. It could be a philosophy of life, an ideology, a way of thinking, a paradigm; or it could be some obvious sin, like greed, lust, or disobedience. Where the good prophet is always dying to self, the false prophet begins with a premise that he is to be identified with the desires of his self. “This is who I am!” is running through his veins. Another word for that is pride. He identifies with his desires.

The one who identifies with his sin ends up being defined by it. It’s the difference between an adulterer and one who commits adultery. King David committed adultery, but confessed his sin and was forgiven. Others embrace and celebrate a life of adultery. Being “an adulterer” is a thing of pride.

Well, the false prophet takes things to the next level, creating a message out of the identity arising from his own desires. This is where what we meditated on last devotion about the antichrist comes in. When the line between God and you becomes fuzzy, “Christ” leaks into your heart, and the desires of your heart now begin to be seen as the desires of Christ! Put another way, we project out the desires of our hearts, making an idol, but then we name that idol Christ.

An idolater at least is honest. A false prophet is pernicious, using the name of Christ – as we see in the Gospel for this week – to support the desires of His heart.

But where does the particular thorniness come in? Well, when you, as a hearer, realize your preacher is all about himself, not merely in his personality, but in his preaching, you begin to realize you’re nothing more than a player in his personal psychodrama. You help enable him in his sin. You feed his ego. And in far too many cases, you may end up sexually exploited, or financially exploited. You’ve met the wolf.

Now, the more antichristian ones theology is, the more the thorn will hurt. That is, the more one’s theology has that fuzzy line between God and self, the more one’s preaching will become nothing more than his heart’s desires. This could be the charismatic evangelical informing everyone that God wants the church to raise four million dollars, but it could also be the liberal Christian sharing with everyone her feelings that God would never make someone gay without being in favor of that.

A faithful church that rightly understands the incarnation, and knows without a doubt where God ends and man begins, will always yield to His Word, and put to death the self. Still, even in faithful churches, pastors have to be ever mindful that they’re not subtly adjusting their good theology to support their bad, unrepentant behavior. This is the closet sinner preaching the Gospel a bit too “freely” and teaching the Law is no longer in effect. But it could be the opposite, a closet sinner overcompensating by railing others with the Law.

Bottom line, every preacher needs to be ever careful. And we recall from our previous devotion what the will of God is, so that we can discern who among the “Lord, Lord” preachers is not simply using us to enable him in his sin. The will of God is that not a single little one would perish, and that Jesus would die on the cross. The preacher who “does” that is faithful. How does one “do” that? By stepping out of the way and letting the Lord do what He, in response to our request that His will be done, wills to do. And that is to save little ones through repentance and forgiveness.