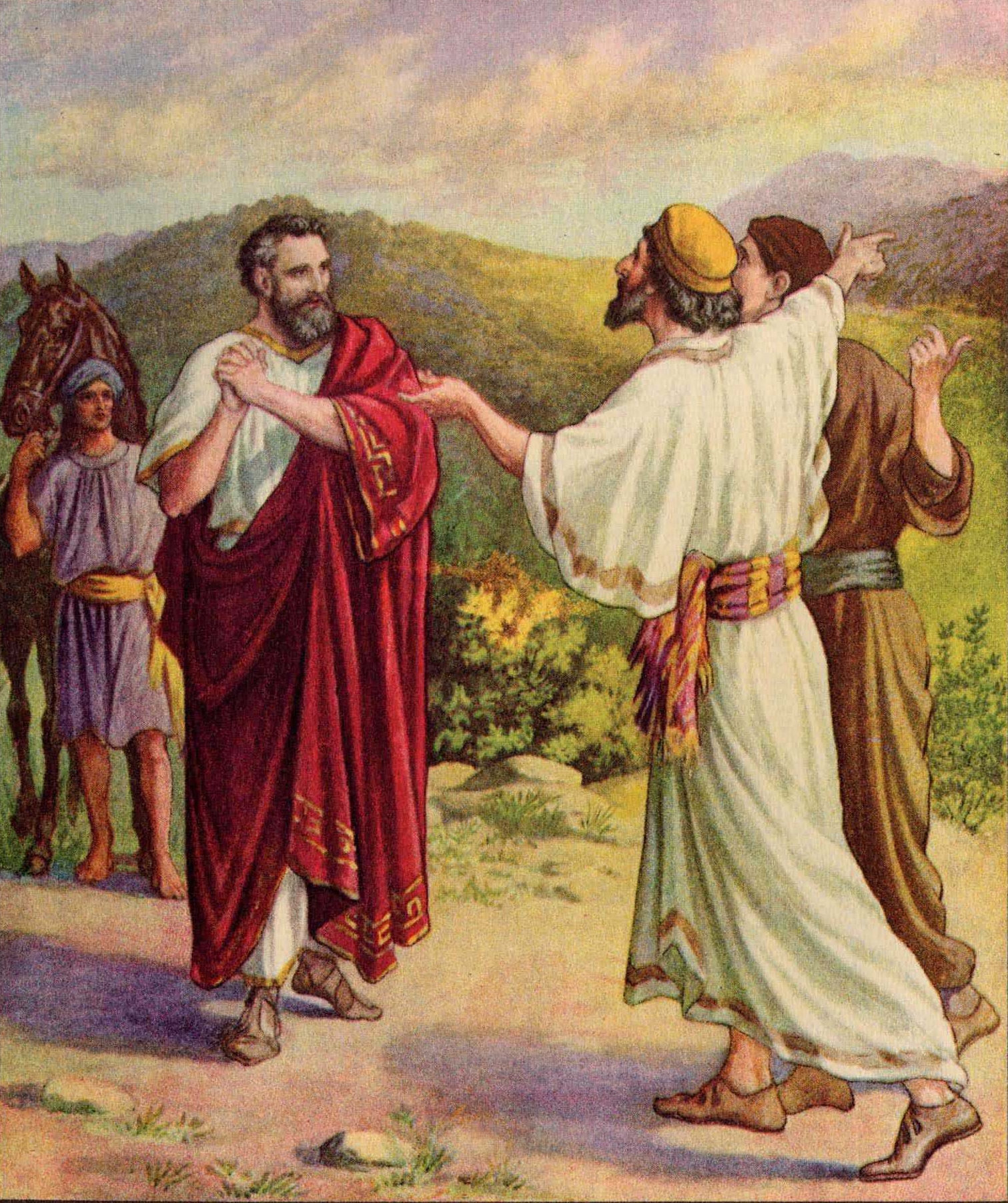 In most of Jesus’ miracles, He follows the pleading parent or whomever back to their home and performs the miracle. We can think of the little girl, Peter’s mother-in-law, or even the centurion’s servant. Jesus was ready to localize His presence for those who needed it because His touch was the touch of God.

In this week’s Gospel, when a man asks Jesus to “come down and heal his son,” Jesus gets short with him. “Unless you people see signs and wonders, you will by no means believe.” The man pleads again, to which Jesus says, “Go your way; your son lives.” We then learn that what Jesus said in one locality was just as if He said it in His localized presence.

It’s similar to the theme of the healing of the centurion’s servant. Like a leader of soldiers, Jesus only has to say a word, and that word will carry His authority.

Now, John’s Gospel especially works this point, about the mystical presence of Christ through His Word. His Gospel begins, after all, with “The Word became flesh and dwelt among us.” It’s his Gospel that lays the beautiful theology of the Holy Spirit, Who takes everything that is Jesus and belongs to Jesus and delivers it to us by declaration. If in the Gospels Jesus localized His flesh and blood presence by walking to a location, they also ready us for a new mode of Christ’s existence, still in the flesh, but mystical.

The Gospel for this week demonstrates this truth as well. It’s interesting that the location of the boy is “down.” Three times the text refers to the “down-ness” of the boy’s location. Like earth. And if Cana was a type of the heavenly wedding feast – a theme John explicitly works with in Revelation – then it’s significant Jesus remained in Cana and spoke His word there, while that word was just as effective “down below” as if He had been there Himself.

Much like absolution. In Holy Absolution, what the minister says down on earth carries what our Lord up above in the place of the wedding banquet is saying. The Holy Spirit, breathed out from Jesus to the apostles after His resurrection – carries that word, for that word takes what belongs to Jesus and gives it to the pleading ones down below.

That word communicates the presence of Christ and all His authority. His word created a new world, a new creation, for this nobleman and his family. This week’s Old Testament reading is the creation account. There too, words create worlds. God’s “Let there be” brings into being the entire created order. Jesus is the Creator, so as He speaks, so it is done.

In interpersonal relations, how frustrating it is when someone loses management or ownership of his own person, because someone else bore false witness about him, or created a strawman and named it after him. How do we manage our own persons? Generally through what we speak, our actions, and our “presence.”

The same is true with our Lord. Our Lord manages His presence among us by being here in the flesh and blood, and by speaking. His words manage Who He is for us. But how often do people bear false witness against the Lord, by projecting onto Him ideas or images that He has not spoken.

When people do that to us, projecting onto us their own personal images and fantasies, it’s irritating. How much more the Lord! In fact, this dynamic is the spirit of Antichrist, the reception of Christ other than in the flesh, which is to say, other than a way in which Jesus manages His person for us.

Perhaps this is what Jesus was warning against when He got curt with the nobleman, bemoaning how everyone seeks after “signs and wonders.” Isn’t that our desire to manage our Lord’s person? Isn’t that actually magic, the attempt to manipulate divine forces for our advantage? It is, and it’s Gnostic and antichristian.

Jesus manages His person for us, and He does it on His terms, which we learn now in John, means by His Word. This is why the Gospels are so important, and trump all attempts of anyone to contemplate what Jesus “would” do or say.

Thankfully, the word Jesus spoke which communicated His person to the nobleman was “Your son lives.” As Jesus said, “Because I live, you will live also.” Jesus was communicating His essential life to the boy by His word. The man believed twice, first when Jesus spoke, and second, after the boy was healed and he believed Jesus.

We believe both Jesus’ word and His Person, the two go hand in hand. Jesus’ word without His Person can turn Christianity into a do-gooder handbook. Jesus’ person without His word turns Him into a doctrine-less spirit guide or cosmic archetype. The proper faith receives Jesus Christ the person as He is present among us through His word. This was the promise of Christ, that the Holy Spirit would take what is of Him and give it to us by declaration.

And few declarations are greater than “Your son lives.”