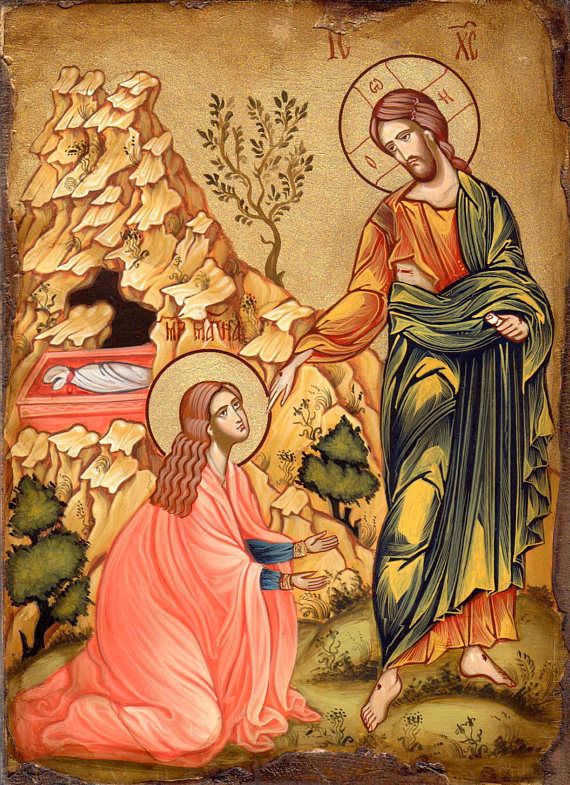 Why didn’t Mary recognize Jesus when He appeared to her? The focus of all her passion and anxiety was standing right there before her, and she had no idea it was Him.

Why didn’t the disciples on the road to Emmaus recognize Jesus? Same there. The one who filled their minds was walking right there next to them, and they had no idea.

Why didn’t Peter recognize Jesus on the beach? The one he had walked with for three years was speaking with him, and he had no idea.

A spiritual body is not a non-body. The doctrine of the resurrection of the flesh or body believes that the body that is buried will be the very body that rises from the dead. But it will be a “spiritual” or “glorified” body. What does this mean? Evidently Jesus’ own resurrection sets the pattern. It will be a body that is not recognized, that can disappear, and that can go through doors.

And it’s also a body that can be on millions of altars around the globe on Sunday morning.

If Jesus’ body is in a different “mode” of being after His resurrection, even more pertinent is how we have contact with Him in this mode. Mary and Peter didn’t recognize Jesus until He called their names. The disciples at Emmaus didn’t recognize Him until the breaking of bread.

In Holy Baptism, your name becomes part of the liturgy. Jesus calls your name even as we confess His name, for as Jesus says, “If you confess my name before men, I will confess you before my heavenly Father.” Jesus calling our names is how we recognize Him, and how He has chosen Himself to be revealed in His post-resurrection appearance.

Oh yeah, one more highly important appearance of Jesus. That’s when He passed through the doors and showed His pierced hands and side. For, “They will look upon Him whom they have pierced,” as all must. The disciples recognized Him then as well. And it’s there that He breathed on them and said, “If you forgive the sins of any, thy are forgiven.”

So, when Jesus calls our names, when Jesus breaks bread, and when He shows us His wounds…the basis of baptism, communion, and absolution. These are how Jesus makes His presence known to us in His post-resurrection mode. This is the presence of Jesus in His body, the Church.