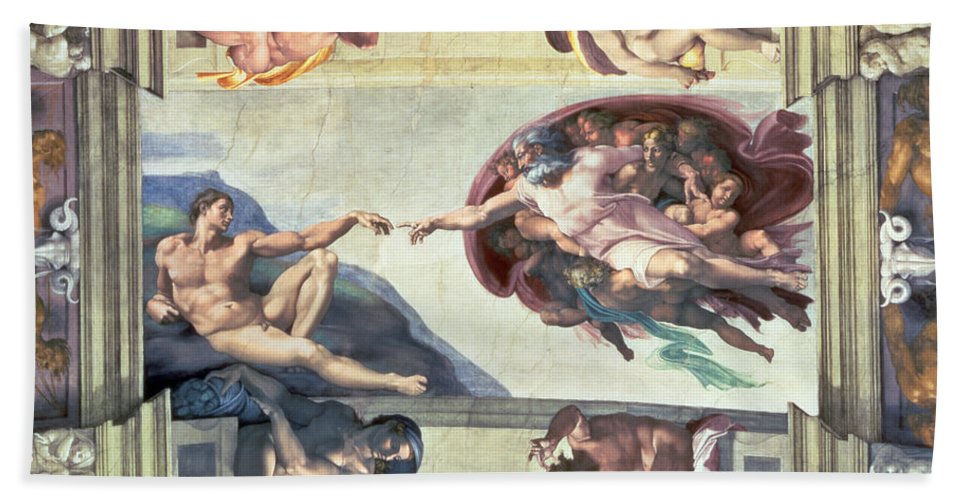 There are a lot of body references in this week’s Gospel. The big image of the Gospel itself is related to the body – the house which is the human person. And what a curious suggestion lurking in the background that demons somehow find themselves “at rest” in human bodies.

And then we have the implicit reference to the body in the name Beelzebub, “the lord of the flies.” Well, why is he named that? It’s because the flies gather around…rotting bodies. Beelzebub is lord wherever death does its handiwork to bodies.

And then we have reference to God’s finger, and finally the breasts and womb through which Jesus was brought into our world. Finally, there’s something going on with the body in this week’s Gospel, titled “Oculi,” based on the introit, or “my eyes,” another body part!

Rooted in that title, “my eyes” – and how the light conspires with the eyes to introduce knowledge of specific things, bodies, beings into our minds – how does Jesus’ reference to “the finger of God” contrast with the devil’s attempt to dissolve bodies into a heap of rotting, fly-ridden – soon-to-return-to-dust – flesh over which he rules?

Well, right there you see it! By reference to God’s finger, you have reference to something in eternal existence that is a located “other.” Put another way, you have reference to something with borders at which point God ends and other “things” begin. And more, that which is contained withing the borders of “God” (His finger) is the source of life for that which is not contained by those borders, like Michaelangelo’s finger of God touching Adam’s finger. Two fingers; one ain’t going away, one will dissolve back to dust if it ever forgets the source of its life!

Satan’s theology (Gnosticism) doesn’t work this way. Satan’s theology would say the divine permeates all things, so that “the God in me greets the God in you,” and but for this flesh keeping you and me separate, we could all be one. Well, in that case the dissolution of my and your flesh is a good thing, paving the way to our “return to unity.” And in that case we should welcome the flies as signaling the tearing down of walls, the wall of our flesh, which keeps you and me separate.

But reference to a finger of God, like the incarnation of Jesus Christ, establishes the word God said to Job: “Where were you…When I fixed My limit for it, And set bars and doors;
When I said, ‘This far you may come, but no farther.”

God is a limiter, a separater, a delineator, a builder of walls. And he does it to give life and existence to all creation, including us. And it’s a reflection of His own nature, to establish with His Word a beachhead in the “chaos and void” where there is order, life, existence, and being. In Christ – as a consequence of His Triune nature – God “limits” Himself, for it is in the limits in which He has life. And He shares that life.

His finger does it, because He Himself actually has a finger. Forget all this metaphorical garbage, as if we have to excuse God’s unsophisticated language in lieu of what the Greek philosophers have educated us on, that of course God is not a being with fingers because He’s spirit. Remember, the only God we truly know is the one who became flesh. And last I checked to have a body is to also have fingers.

In a nutshell, this finger brings life. The finger which proved to Israel its power over Egypt then carved out the Ten Commandments, in which to live was life. But future, better things were foretold when the Lord promised through Jeremiah a day when “I will make a new covenant with the house of Israel and with the house of Judah…I will put My law in their minds, and write it on their hearts.”

And this followed new demonstrations of God’s finger defeating the demons, in this week’s Gospel. It’s God vs. Egypt all over again, but the Egyptian gods being unmasked for what they truly are, demons.

What then of this “writing of the law in their hearts”? Surely Jesus was alluding to this new writing of the Law when He wrote with His finger in the dust, forgiving the woman. And surely this prepared the way for the “new covenant in my blood,” a blood that speaks better things than that of Abel (i.e., forgiveness, not vengeance).

Lots going on with God’s fingers. In it is forgiveness, life, and salvation. And by it the Kingdom of God comes. Can you see why we pray the Lord’s Prayer just before communion? “Thy kingdom come,” and Jesus comes with His finger, writing His New Testament on our hearts with His blood, driving away the demons of death and accusation, and setting up shop in our house as “the Stronger Man.”