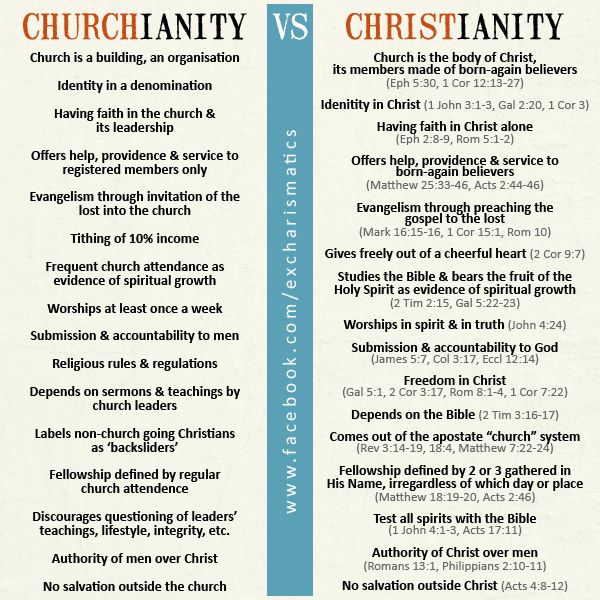 Take a look at the above verse and the following verses here, and see what they all have in common:

“And my trial which was in my flesh you did not despise or reject, but you received me as an angel of God, even as Christ Jesus.”

These verses all have in common a lightning strike against the popular notion that there is such thing as a Christianity apart from Christ’s body. The only way to have a Christianity apart from Christ’s body is to deny that He has come in the flesh, is still in the flesh, is still present with us in the flesh, and thus contact with Him draws us to His flesh and blood. And this is the Church, His Body, or as St. Paul puts it, “His flesh and bones.” Or as Jesus puts it(!), “My body…my blood.”

Yet, we live in an era where it’s popular to hear such things as, “I love Christ, just not His Church,” or “I believe in Christianity not Churchianity,” or “I don’t think you need a church to have a connection to God,” or “I believe you can just go directly to God without any middle man.” Or on and on. I’ve heard it repeatedly as a pastor. You’ve heard it. You may have expressed the sentiment. If so, you’re wrong.

The only way to have this understanding of Christ is to deny one part of those series of truths listed above: that Jesus did not ascend into heaven in the flesh, or that Jesus is not present with the Church today, or that Jesus’ flesh is in heaven, but He Himself is on earth as a disembodied spirit, something that denies that “Christ has come in the flesh,” a teaching St. John says is antichristian.

St. John was referring to the Gnostics, who taught this. Modern Neo-gnostics embrace the same teaching, believing “Jesus” is sort of like a radio wave, and anyone with the right spiritual antennae can tap into what He’s whispering to them. Or it’s to go with Carl Jung, who said, “Vocatus atque non vaocatus, Deus aderit.” (Invoked or not invoked, God is still present.)

True, but as Martin Luther said, “Yes, God is everywhere, but where is He for you?” And as we see in the above verses, where Jesus is invoked is in His name, there He is present in the flesh and blood. Flesh and blood sets up boundaries and borders around persons. And in the person of Jesus, you get “God for me.” You get God’s love and mercy.

Outside of Jesus you don’t know what you’ll get. You’ll get God according to His alien work, His wrath, His seemingly fickleness, the “God of nature.” Luther also said, “He who would seek God outside of Christ will get Satan.” Satan is a being worked by God’s alien work. It’s what you get outside of Christ.

Or did you get the forgiveness of sins leading to reconciliation and eternal life from that tree while out hunting, that sunset on the mountain, that beautiful fawn you saw…in the headlights before hitting it, that glorious mountain peak…that blew magma into the surrounding territory killing dozens, that warm sun…that parched the desert and caused a famine, or the innocence of children…who later in their lives waged wars that killed millions. Do you see the point? That’s all God, but God according to His alien work, God as He became after man made his decisions.

But where God is bounded by (a) flesh and blood, and (b) by words defining the contours of that flesh and blood (i.e., like the verses quoted above), you get God in His mercy, love, forgiveness, all centered in the flesh and blood Jesus Christ.

And that is the Church.

The two premier commandments are love God and love neighbor. Both God and neighbor are drawn together in Christ, where we love God and love neighbor by faith. You can’t claim to love God if you’re not drawn to the place where He says He will physically be. You can’t claim to love neighbor if you’re not drawn to where your neighbor will physically be. No voting, no writing checks for poor people in Timbuktu, no virtue signaling will substitute for “Love that person physically next to you,” for that is what a neighbor is. Jesus’s neighbors are those who are drawn to the “pierced one,” who come near Him, so He can grapple with their sins even as He’s pierced by them. How many do the opposite of Christ and run from sin?

Very often people reject the church because, “There’s only hypocrites there!” Or they feel they’ve been wronged by the Church.

Boo hoo. Seriously, BOO HOO. First off, I don’t buy it, because last I checked we don’t go to church to worship the other people in church – who are there, it bears mentioning, because they confess themselves to be, um, SINNERS. Or, perhaps you went because of some pastor who ended up hurting you. Well that was dumb! I see very few pastors hanging from crucifixes. We go to worship God. I may sound harsh here, but my years in the ministry have driven me to be cynical. People are looking for excuses not to go to church, and the whole “They’re just hypocrites there and I’ve been hurt at church” is so often used as an excuse.

Put simply, I’ve heard how you’ve been hurt. You’re overblowing the incident. Get over it, for the sake of your soul.

Second, whatever happened to forgiveness? Isn’t the church the place where forgiveness happens? It certainly is what Jesus established in the words for today, that if one he sends forgives you your sins, they are forgiven. Forgiveness is the driving engine of the Church. Perhaps you’ve been hunting the Holy Grail of that perfect church. Good luck with that. You’ll find that when you find the perfect spouse, the perfect neighbor, and the perfect political system. But keep on that hunt, because it certainly fuels the self-righteous energy you need to feel good about yourself.

There is no getting around the Church. Yes, I’m not denying there are reasons to leave a Church, if say, they make it not about Christ but about the person of the pastor, or about the happy faces and do-gooderism of the other members, or if they reject God’s Word regarding worship (which usually leads to the same problem, that it’s about the person of the pastor and do-gooderism of the other members). Nor am I denying there’s not real pain from members, ministers, or priests in the Church. Goodness, I can’t imagine the pain Roman Catholic parents of abused children feel.

But despite all that, there is no getting around the Church. And if faith calls us to grapple with the sins of others, including the minister, it will be because “if we say we have no sin, we deceive ourselves” and therefore need daily forgiveness, and therefore must learn forgiveness… “as we forgive those who trespass against us.” Did not Paul’s hearers have to bear with his fleshly trial, and yet receive him as Jesus?

Jesus sets up meditation points of contact with Him. To get forgiveness, life, and salvation, you must go through the doorway that is the Church. And even that’s a bit abstract. What are the defined flesh and blood boundaries that define that doorway? Water and the Word, by which you put on Christ and become part of His body. The flesh and blood minister sent by Christ to say, “Your sins are forgiven” and give you the words, which if you hear you hear Christ. The body and blood of Christ through bread and wine. The little child received at baptism in the name of Christ. The members gathered together in whose praises sits the God of Israel. The two or three invoking Christ, among whom He is present. The reception of others, all of who bear their crosses to varying degrees (leading to hunger, thirst, nakedness, imprisonment, etc), but the reception of whom is the reception of Christ.

There is no receiving Christ in the abstract, or in some wispy spiritual way where the boundaries between God and self are fuzzified. No, we receive Christ only in and through the Church, His Body.

Take a look at those words again closely. What does it mean if one whom Christ sends does not forgive your sins?