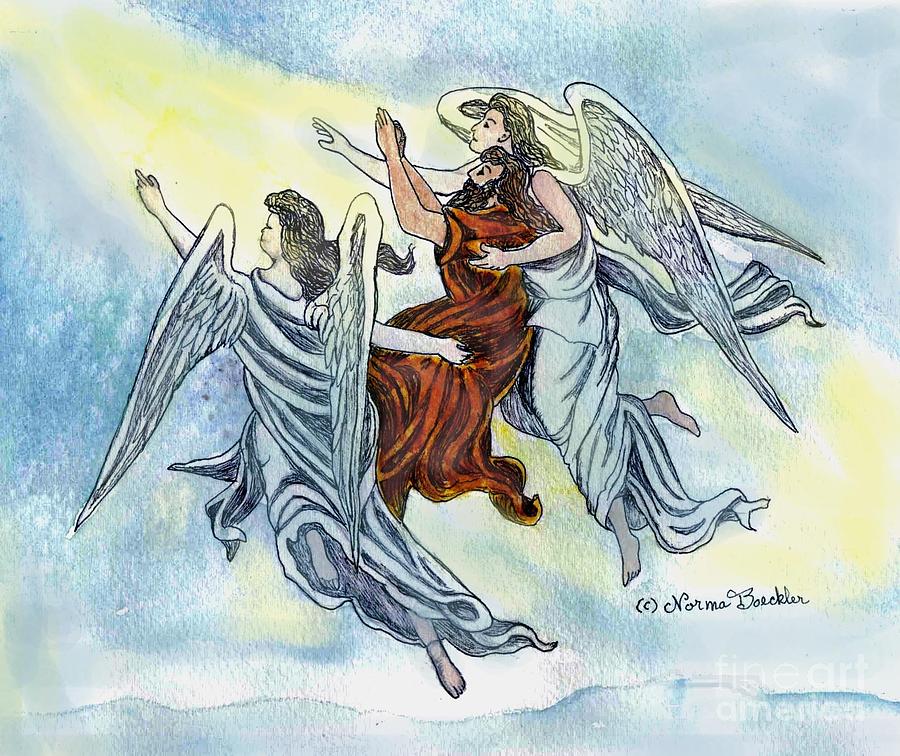 Last meditation, we contemplated how the Lazarus account pours Christ into all the broken situations on earth, redeeming those situations, providing hope that the abandoned are not forgotten, or that evil will remain unchallenged. This Gospel gives a name for all the Lazaruses in the world, while showing us that all the “rich men” of the world (understand what’s meant in the context of the Gospel) will get their comeuppance.

Left alone, this could imply that the poor Afghani child strapped to a bomb and sent into a coffee chop will be saved because his situation is pathetic. I can hear someone say, “But that boy didn’t know Christ! Therefore he would die and go to hell. Same also with crack babies.”

Of course, there’s a basic logic to that thinking. Only those who believe and are baptized shall be saved. There is no evidence of faith in these situations, and definitely no baptizing. On what basis could they be saved?

And against those who say, “Would God really send these children to hell?”, the response usually boils down to God’s justice. Man has sinned against God and all those born of man retain the curse unto eternal damnation. As Jesus says, “he who does not believe is condemned already.” And as St. John commented, “He who believes in the Son has everlasting life; and he who does not believe the Son shall not see life, but the wrath of God abides on him.”

So, if God does send those children to hell, He’s justified in doing so. Sin is with us from conception, and all of us are born “children of wrath.” And against those who would say, “Yeah, but they never had a chance! How fair is that?”, the response can be given in shades of Calvinism, “God in His glory can do whatever He wants. Why are some saved and others not? Because God in His sovereign wisdom does what He does.”

Also, understanding God according to His love rather than from the perspective that He’s the big boss man in the sky who can do whatever he wants sets up the creation on a different footing. He created not “out of His glory,” but “out of His love.” He loves Self-generating. He loves begetting. His first command to man and woman was drenched in love, love for each other resulting in love for what they generated, “be fruitful and multiply.” That’s our God, and again, it’s drenched in love.

Love compelled God to reestablish the “self-generating flow of life” once Adam and Eve short-circuited it, by sending His Son as the Second Adam and setting up the Church as the second Eve, with which Christ has been fruitful and multiplied, as children of faith are begotten in water and Spirit.

Now, starting from a foundation of God’s love doesn’t mean ignoring His justice, or denying clear statements of His Word, or accepting the modern understanding of love, as acceptance and tolerance of anything and everything. But it does mean, perhaps, that we might be driven to different emphases in the Word of God than those emphases that Calvinism compels.

(What are those Calvinistic compulsions? Well, the main one is from Romans 9, summarized by “Therefore He has mercy on whom He wills, and whom He wills He hardens.” It’s hard to emphasize enough how much of a lodestar this chapter is for Calvinistic theology, as if there are no other candidates for this lodestar, or as if St. Peter never said that in Paul’s writings are “some things hard to understand, which untaught and unstable people twist to their own destruction, as they do also the rest of the Scriptures.” Goodness, you can’t get much harder than “All Israel will be saved,” given the wild goose chase this statement unleashed.)

So, what are some of those other emphases? Simple. God so loved the world…the world! Or as Jesus says right after that, “For God did not send His Son into the world to condemn the world, but that the world through Him might be saved.”

Here are some other verses:

“That was the true Light which gives light to every man coming into the world.”

“the gospel which you heard, which was preached to every creature under heaven,”

“And I, if I am lifted up from the earth, will draw all peoples to Myself.”

“I bring you good tidings of great joy which will be to all people.”

“He who descended is also the One who ascended far above all the heavens, that He might fill all things.”

“And He put all things under His feet, and gave Him to be head over all things to the church, which is His body, the fullness of Him who fills all in all.”

There’s definitely a universal focus of the Lord’s salvation here that undermines the Calvinist idea that God sort of eeny-meeny-miny-moe’s it through the course of history, and well, if most of the world ends up in hell, tough beans. As long as God’s glory is kept intact.

That all being said, quite clearly “rich men” go to hell. And quite clearly, there is mass rejection of the Lord resulting in a lot of condemnation and wrath. Wrath, condemnation, judgment, worms not dying, unquenched lakes of fire are all clearly part of the Biblical teaching.

I don’t think you have to be a universalist if you allow your Spirit-informed sense of love, mercy, and compassion to direct you to passages in Scripture that provide hope, like, “The LORD lifts up the humble; He casts the wicked down to the ground.” Or, “Blessed are you poor, For yours is the kingdom of God. Blessed are you who hunger now, For you shall be filled.”

And Christians should have enough ability handling nuance to retain certain teachings without going off the deep end into liberal universalism or general liberal theology.

How this all plays out, who knows. We can conjecture – my personal conjecture is that there’s a lot that will go on between death and resurrection, or maybe even after the resurrection before the final judgment – but in the end it’s all just that, conjecture. But abiding by the Biblical principles should be enough, trusting that God is a God of love who will ultimately act way more loving than we ever could. Like, as in, we won’t be there on judgment day saying, “Aww, C’mon God, that wasn’t very nice to that ancient Moabite baby his parents passed through the flames.  And you’ve just handed over to more flames.  Give him a chance!” To which God says, “NO! I am SOVEREIGN and shall do as I wish according to my glory!”

Here’s a twist. The Bible says the saints will sit on thrones and take part in the judgment. How would you judge if Jesus laid in your lap that Moabite baby and said, “Choose. Heaven or hell.” And you, hearing Jesus’ words in the background, “For with what judgment you judge, you will be judged; and with the measure you use, it will be measured back to you”, well, how would you judge?

Perhaps Jesus was giving instructions for our role as judges on judgment day. Or perhaps Jesus is giving you the Moabite baby to baptize.

Again, who knows, but in the end we have those absolute principles we hold to. God is love. God saved the world. Only those who believe and are baptized will be saved. The Lazarus situations, all of them, will be redeemed as Christ judges the world in righteousness.

Back to Lazarus. Do we get any reason in the Gospel why he’s saved? The only indication of any theology governing Lazarus’ judgment is, in this world he had his evils, but now he’s comforted. Just as his being carried off by the angels into Abraham’s bosom is almost axiomatic, like, of course that’s what happens to those who suffer in this world.

If that’s the case, and if indeed, the Lord figures out in His wisdom how to give such people faith and baptism, why would we fight that, fighting for these people to be in hell? Really, why would we do that? I understand needing to be faithful to God’s Word, but if God’s Word provides other lodestars other than the Calvinistic one, why would we still cling to the one that paints a pretty miserable picture of God?