The postmodern move away from “logo-centric” communication toward phantasy, characteristic of the media revolution, fulfills the vision of Christianity’s oldest anti-Logos foes, the Gnostics.  Modern progressivism, rooted in Social Gospel theology, “Religion of Humanity” ideas, and Hegel are direct descendants of a Medieval-Gnostic perversion of Christian theology.

Neo-evangelicalism, or “non-denominationalism,” has become the Christian wing of the New Age movement, finding more in common with ancient Gnosticism than orthodox Christianity. America is far from secular!  Like Rome c. 325 AD, it is undergoing a spiritual revolution toward Gnosticism. – Peter Burfeind 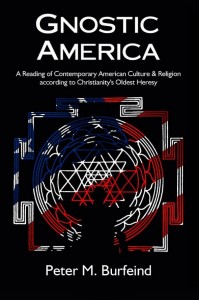