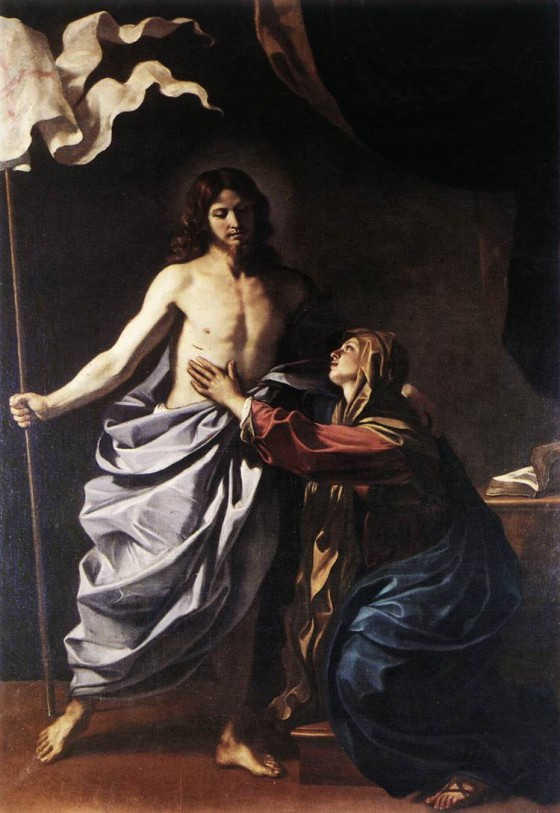 So he came and took away his body. Nicodemus also, who earlier had come to Jesus by night, came bringing a mixture of myrrh and aloes, about seventy-five pounds in weight. So they took the body of Jesus and bound it in linen cloths with the spices, as is the burial custom of the Jews.

Piecing together John’s account of the resurrection with those of Matthew, Mark, and Luke makes for an interesting overall narrative. Here’s an interesting question. When was Jesus wrapped up in spices? Luke and Mark say this was the reason for the women coming on Sunday morning, to anoint Jesus with the spices they had prepared. But John informs us Nicodemus had already wrapped Jesus up in 75 pounds of spices.

Was there just miscommunication? Was Nicodemus operating secretly by night, as he’s prone to do, squirrelly fellow he seems to be?

In any event, 75 pounds of spices is an awful lot of spices. Imagine the smell of myrrh wafting over the tomb. It was needed to hide the smell of death. As we learned about Lazarus who had died, “Lord, by this time there will be an odor, for he has been dead four days.” Best to catch that stench on the third day, before it begins!

If we run with the details from the Mark and Luke account, focusing on the women’s stunted attempt to anoint Jesus with spices, we could say, “Why do we seek to anoint the living among the dead? What smells are we trying to hide?”

But what of John’s account? Nicodemus anointed Jesus with the spices. Jesus was drenched in the aloe-myrrh mixture for two full days. What does this tell us?

It tells us Jesus smelled like myrrh when He arose! Either that or He didn’t rise in the body he was buried with. But we know this is not true. So, if the body drenched in myrrh rose from the dead, unless there’s evidence otherwise, we have to assume Jesus would have smelled like myrrh.

If we run with this detail, what does this tell us? We could interpret it according to another Johannine text, Revelation, “Then another angel, having a golden censer, came and stood at the altar. He was given much incense, that he should offer it with the prayers of all the saints upon the golden altar which was before the throne. And the smoke of the incense, with the prayers of the saints, ascended before God from the angel’s hand.”

Jesus is the one in whom our prayers, by His ascent, are lifted up to the Father. And if He smells like myrrh, the smell of the myrrh – replicated by the smoke of the incense – parallels His name, by which our prayers are taken to the Father.

However we interpret how Jesus smelled, the one thing we can be almost certain of is Jesus smelled like myrrh. Which means, as He went here and there, appearing to disciples, the smell of Him announced His presence. The disciples gather in the upper room, in fear of the Jews, when suddenly they detect the smell of myrrh. They look, and there is Jesus.

If the smell of myrrh announces the bodily presence of Jesus, does it still today? After all, Jesus’ body is present where He is present – He didn’t leave His body behind when He ascended. And the Church is the body of Christ. Does the Church smell like myrrh?

How would the Church smell like myrrh? What could the Church do to confess this mystery, that Jesus arose in the same body He died and was buried in, with all those 75 pounds of spices, and that this body is the Church, the people there, the minister, and the elements on the altar which become the Body and Blood of Christ?

And what could the Church do to confess the reality that in this smelling-like-myrrh Jesus, our prayers arise – the Bible says they arise like incense – to the Father’s ears, a sweet smelling aroma ascending to the Father?

What might the Church do to confess these truths? Here’s a possible idea, how about the use of incense? Well of course, this is what the Church has done for hundreds of years to announce these truths, anchored first in the truth that the Church is Christ’s body; Christ is present in body; and His sacrament is His true Body.  The places where Christ’s body is going on is incensed:  the congregation, the minister, and the altar.

Use of incense is rooted in a simple question:  What does the resurrected Jesus smell like?  And if His body is truly present, why wouldn’t we be smelling incense at church?