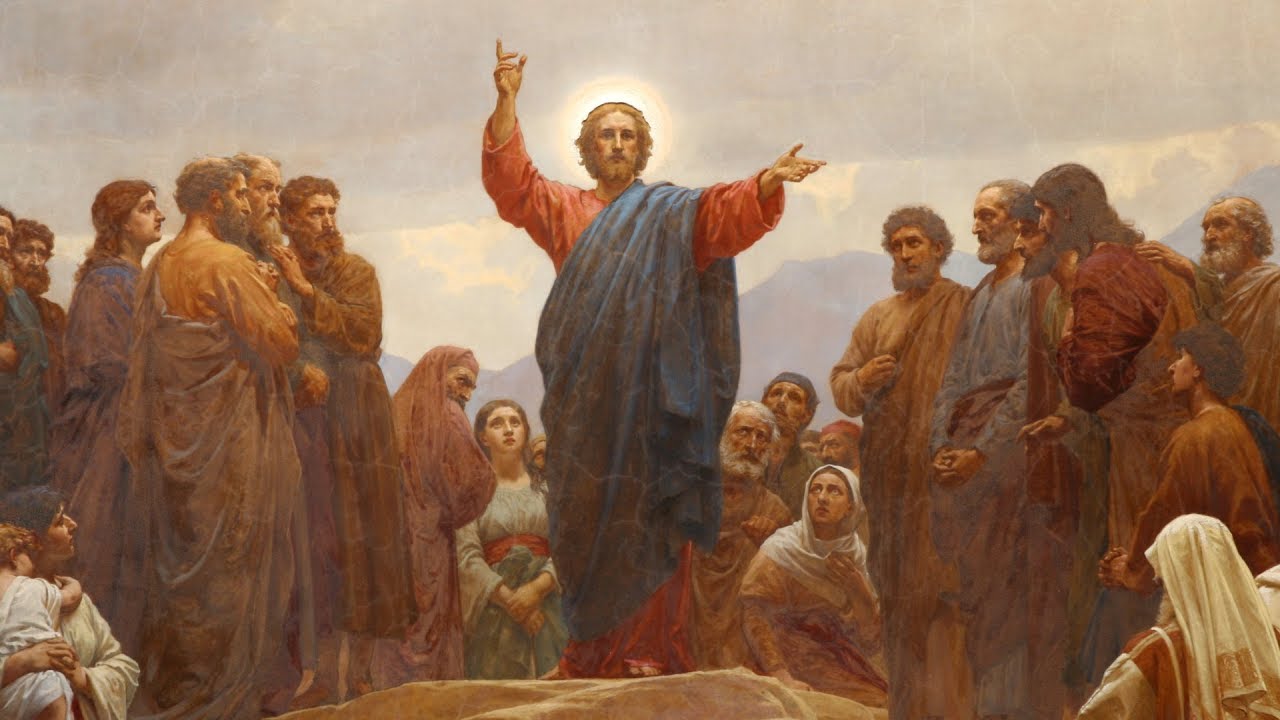 We now leave St. Luke and his themes for Matthew. We begin with some of Jesus’ first teachings in the Scriptures. Thematically, it’s primary. The beatitudes are the first primary teaching of Jesus in the Bible and very nicely lay down a solid foundation for Jesus’ teaching, but this Gospel comes in a literal close second, being right after the beatitudes.

Thematically, it lays down what has always been unique to Christian theology, its central ethical principle, that mere outward performance of God’s Law is not the sort of righteousness the Lord is looking for. Jesus’ understanding of righteousness exceeds this, and this was what the Pharisees taught.

People naturally have a “how to do” approach to ethics, or “give me the basics of what I have to do.” Do not murder means not taking anyone’s life. Do that, and you’re righteous. Jesus says, “no.” God’s heart, and His will, are something more. It’s a world where even the heart isn’t mustered in the cause of murder.

For we murder in the heart all the time. It’s hate. It’s name-calling. It’s anger. It’s anytime we wish that a particular person were not in our world. What does it mean to not want a person in our world than to want him dead? Think about it. We may hide in an objective evaluation of the world, thinking things like, “Oh, I don’t want that person dead. I just don’t want them in my world anymore.” Essentially we want them “dead to me.” Gone. Out of sight, out of mind.

But it’s God’s world, and each person is made in His image and redeemed in His Son. There is no such thing as another world other than “mine.” Jesus’ teaching is a call to leave our world behind, and embrace the mind of our Lord. Jesus doesn’t deny anyone at His altar. The Father doesn’t hate anyone whom He has made and placed in His world. We are to have that mind.

Really, Jesus is rephrasing much of what He taught us through St. Luke’s Gospel two weeks ago. “Judge not…condemn not…have mercy…forgive…give.” It’s the mind of our Lord to be this way, to have a creation in which no heart seeks to abandon another soul to abandonment and wrath. Mere avoidance of thrusting a knife into another person’s heart isn’t enough. The heart must be on board.

This is the righteousness Jesus teaches. Yes, it’s difficult. Yes, it’s out of reach. But this is not an occasion for, “Oh well, we can’t do it; thank God there’s a Jesus! Let’s go on a-hating.” No, what Jesus teaches should induce certain attitudes in our soul.

Who doesn’t know his spiritual poverty when hearing Jesus’ teaching about the disposition of the heart? Who doesn’t feel some sadness at a world where people wish each other’s non-existence all the time, and where we ourselves take part in this? Who isn’t humbled by the Lord’s incredible mercy – to embrace even the likes of Hitler has one made in His image – while we can hardly avoid cursing the one who cuts us off in traffic?

And who doesn’t want to have that sort of heart that the Lord reflects? Who doesn’t hunger and thirrst for it?

Ahhh, do you see where this is going? This is the brilliance of Jesus’ sermon on the mount. As you hear these words of Jesus, if you are hearing them correctly, you are being led through the first four beatitudes. Jesus lays down the foundation of the beatitudes, and then He teaches things that inspire the very attitudes laid down in the beatitudes! Truly, it’s brilliant.

Whenever I teach the Sermon on the Mount, I always first read the entire sermon. And then I ask the hearers how they feel. What’s going on inside? How are they hearing it? Usually, they begin articulating the attitudes described in the first four beatitudes: “I feel like I fall short.” “I wish I could do better.” “It certainly humbles me.” “It’s sobering to think what Jesus wants.” And on and on. I give a spiritual wink to Jesus and think, “Mission accomplished.” Jesus has just created disciples.

Here’s the really subtle thing about what Jesus has done. He never once laid down Who He is. He never said, “I am the Lord thy God! Kneel before me and heed my words!” No, He just taught. He taught words with the force of the Holy Spirit behind Him. This is exactly how the people first heard the Sermon on the Mount, and it’s how we continue to hear it today. When finished, the people recognized that Jesus taught as someone with authority, that is, the authority of God behind Him.

So also us. Seriously, who in their rational mind would conclude calling someone “moron” would be tantamount to murdering him, unless the one who taught those words were God Himself? In fact, so much of the Sermon on the Mount is counter-intuitive, yet we embrace it as divine. Why? Because the one teaching it is divine, that’s why.

So, Jesus subtly teaches His divinity even as He teaches the Sermon. Again, it’s brilliant.

But also brilliant is the inherent grace in the teaching. We hear this week’s Gospel and we hear difficult teaching. We hear going to hell for calling someone “fool.” But Jesus is changing hearts with these words. He’s creating the “blessed ones” even as He baptizes their hearts in His teaching, leading to that poverty of spirit, mournfulness, meekness, and hunger for righteousness He describes in the beatitudes.

It’s not unlike the other subtle grace teaching in the Sermon on the Mount, that Jesus refers to God as our “Father” 12 times. He’s sharing what He alone possesses! He’s giving His ascension gifts already, clearly doing in lieu of His coming sacrifice.

In other words, the posture of the Sermon on the Mount is Jesus teaching the “family code.” This is how children of the Father behave. That doesn’t take away one word from the forcefulness of the Lord’s Law, but it also comforts us that we learning inside the family, so to speak, and not at the receiving end of the Lord’s condemnation of us.

So yes, we strive to do as Jesus teaches here. We don’t dismiss it as “Jesus is just making things so hard to obey that we rely on His forgiveness” and leave it at that. No, these are actual standards for Christian behavior. If they don’t remain as such, we will no longer realize our poverty, mourn, become meek, and have that hunger.

And yes, Jesus does fill us with the righteousness He teaches and fulfills regarding murder. He fills us as He fills us with bread, His body, His own person who loved His enemies til the end, who receives at the altar all His brethren, and who wants His altar to be a place of forgiveness.

His Sacrament has made it so.

I recently visited an Orthodox Church. It was a tourist location but people were coming in to confess their sins to the priest. They stood in line. The priest received them at the screen that separated the sanctuary from the place where the people came; on the other side of the screen was where women dare not tread. Yet it was all women coming for confession – don’t men know they’re sinners? In any event, it was a stark visual reminder of what Jesus teaches in the Gospel. The altar is a place of forgiveness, where no hatred, anger, or name-calling exists, but only forgiveness.

This is true in all churches, particularly those who have a theology of the altar going on. Jesus, of course, teaches the altar here, and He’s not just talking Old Testament theology here. The Church has an altar. It’s the place where Jesus gives out forgiveness. It’s the cross. It’s the place where Christ gives out His blood shed for the forgiveness of all their sins. It’s where those hunger and thirsty for righteousness – a hunger Jesus has just induced – get filled.