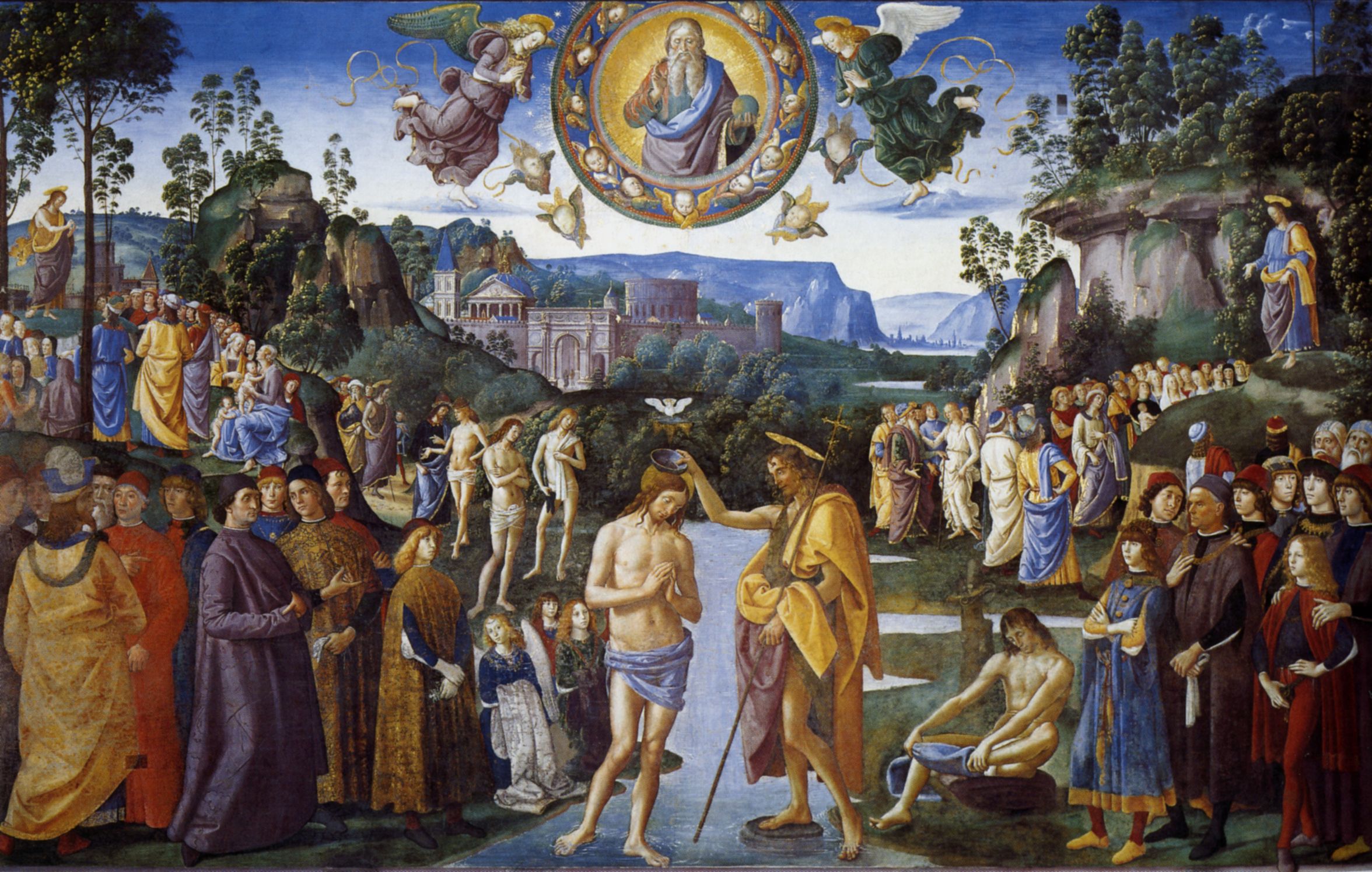 Then Jesus came from Galilee to John at the Jordan to be baptized by him.

Talk about the 5 Ws, who, what, where, when, and why. Who? Jesus/John. What? Baptism. Where? From Galilee to the Jordan. When? Then. Why? To be baptized.

It’s the people Jesus met at the Jordan. There are 5 Ws going on there too. Who? Repentant sinners/John. What? Baptism. Where? In the Jordan. When? When John was baptizing. Why? To be saved.

It’s hugely notable and important that, when Jesus first began His mission, He first went to exactly where He went. Because at that place were the people He came to save. At that place were sinners.

But not just any kind of sinner. The world is full of sinners, but Jesus didn’t manifest Himself to all of them at once, like from a big screen in the sky or something. He rather manifest Himself to the sinners who were doing a specific thing, that is, repenting. Jesus went to repentant sinners.

But not just any kind of repentant sinner heeding the voice of John and preparing for the one to whom he was pointing, the Savior. Lots of people heard John’s message, and lot’s of people were probably excited about the promise of a messiah come to save his people. Lots of people today recognize they’re sinners and need to repent, and they’ve heard of a Jesus who saves them.

But if you end the story there, all we’re left with is an image of the mind, the report of a someone. That in turn can leave only the mirage of someone left behind, a phantasm, or an imaginary friend. We love phantasms and imaginary friends because then we can control them, manage them the way we want them to be. A Christ who is only a rumor of a Savior come to save sinners can become that, something we upon whom we project our own personal solution to sin.

For that was exactly the message of John the Baptist. Repent and be baptized, and prepare the way for the Lord. By being in the Jordan, being baptized, they would prepare the way of the Lord. And when that Lord comes in flesh and blood, that “way” becomes quite literal, or material. He comes for sinners, and sinners are in the water, so He joins them in the water, making His way.

Why? Because He knew what would happen at that watery place where sinner and Savior came together. A great voice would declare over the one in the waters, “This is my beloved Son.” As we see, this declaration extends to the others in the waters as well! We may not have realized it at that moment, but as we see Jesus work out His ministry – for instance embracing the hearers in His sonship at the Sermon on the Mount – we see that initial declaration actually does extend to the others. As St. Paul says, “you received the Spirit of adoption by whom we cry out, “Abba, Father.”

That moment was bathed in the Triune name, not only for Jesus, but for all who were with Him in the waters. His baptism sanctifies all the waters of baptism.

The first thing Jesus did when He began His ministry was number Himself among the sinners. But here we see that something more is going on. He was embracing them into His physical presence in the waters, almost as if the waters joined them all together. It was no symbol. It was no abstraction. It was almost mechanically real.

Why water? Why is water so important? Could it be because that’s where the Lord has created out of in the past? How many times has He created a person or a people out of the waters? So, it makes sense. If the goal of the Lord is to take a raw material (sinners) and make of them a new people, it begins in the waters. John assembled the raw material; Jesus bathes that raw material with God’s redemptive blessing, in His own Person.