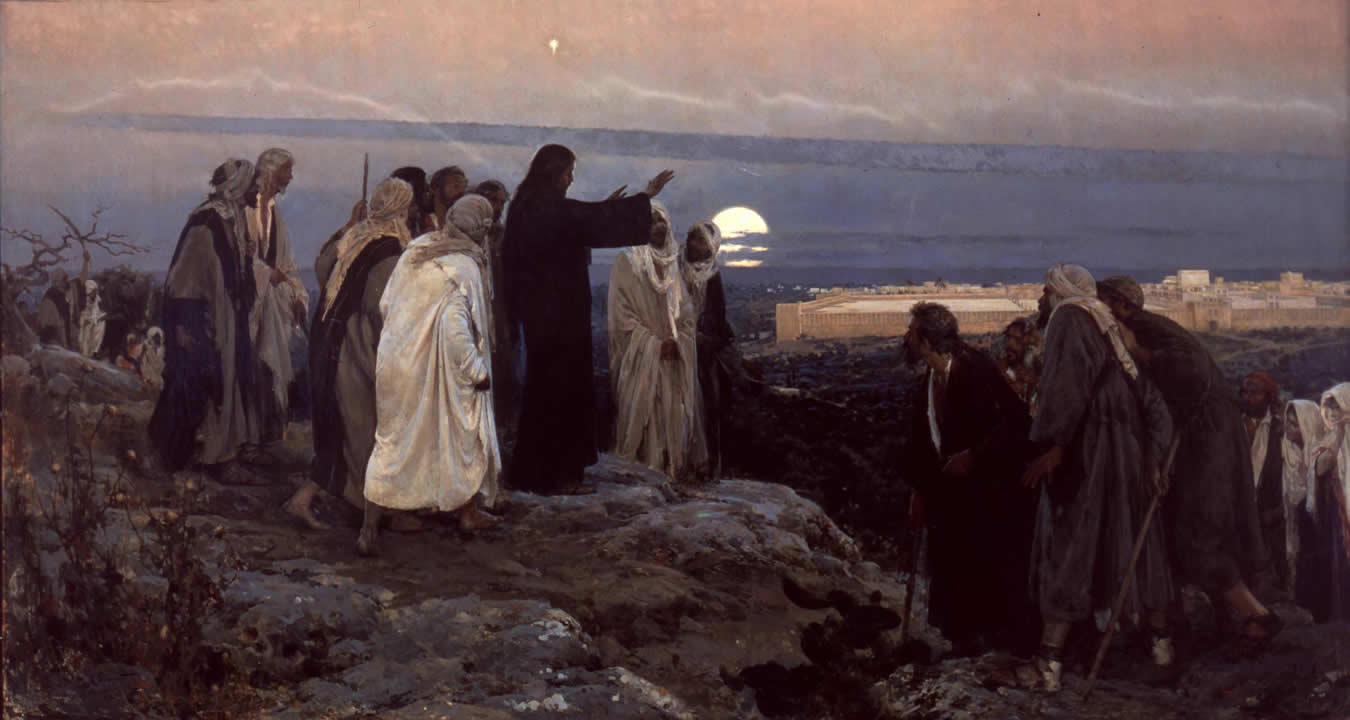 We are at one of the most peaceful times in our history. There is no greater place and time to be in existence than an American living in the 21st century, or for that matter, most people of the world. Every pleasure available within several miles. In a subtle sense, we have everything modernity has to offer in its promise that we can be our own gods. We have “god” at our fingertips! An omniscient device availing to us every marvel and power, a little “place of light,” as one person once called it.

For the most part we’re safe and secure, at peace. Sure, there are mass shootings. But that is completely a media induced fear. Way more people die on a daily basis from homicide, suicide, auto deaths, and choking for that matter. Life is good when the only anxieties you have need to be manufactured on a screen.

The fact is, we are at complete peace…that is, if peace is defined as the lack of external conflict. But yet, we see headlines like “Major depression is on the rise among Americans from all age groups.” Or “Suicide rates are at the highest levels since World War II.” There was a 64% increase in depression among 12-17 year olds between the years 2013 to 2016.

They lacked self-awareness. “They hold fast to deceit, They refuse to return. I listened and heard, But they do not speak aright. No man repented of his wickedness, Saying, ‘What have I done?’ Everyone turned to his own course…” When one keeps on running up against the same problems over and over again, but can’t get to that point of saying, “What have I done?” That’s a problem. Both the prodigal son and the shrewd steward were noted for having that self-awareness. We are a culture extremely lacking in self-awareness.

They “turned to their own course,” as we see at the end of the above referenced Jeremiah passage. Hmmm, that’s not our society at all! That’s not just our society; that’s our national religion! And that gets sanctified by our advertisements and messaging. You’re your own god! That, of course, is the source of our lack of self awareness. We’d sooner accept the depression and suicide than face up to the real problem and lack of peace going on.

There was covetousness going on. “Everyone is given to covetousness; From the prophet even to the priest Everyone deals falsely.” Covetousness, as St. Paul says, is idolatry, and what a subtle process that is. Covetousness is the fuel of idols, which are projections of human desire, which itself arises from discontentment, which goes hand in hand with covetousness. We want what we don’t really need, because God has made everything in our world to be good. What more do we need? Well, we’re Adam’s children. Like him, we can have all the goodness of the world, but there’s that one little area, around a certain tree, where “and evil” is introduced into our thinking. And we want it!

Finally, they had no shame. “ ‘Were they ashamed when they had committed abomination? No! They were not at all ashamed, Nor did they know how to blush. Therefore they shall fall among those who fall; In the time of their punishment They shall be cast down,’ says the LORD.” As St. Paul says, their consciences are seared. No shame happens when sin becomes one’s identity. You go from confessing sin, repenting of it, feeling shame for it, to being prideful about it, celebrating it, and feeling no shame.

And, so, we have a society depressed and getting depressed-er, suicidal and getting suicidal-er. And we’re starting to see violence on the rise, political conflict. No wonder. Whatever peace we think we have by our own devices cannot hold. It’s doomed to fail and end up in a bloody mess.

In Jesus’ day, in the Gospel for today, Jesus weeps over Jerusalem. One of two times He weeps. He weeps because they didn’t know what made for their peace. They didn’t know the time of their visitation. Visitation means, “Someone being present to help.” It’s what the widow’s gaggle rejoiced in when Jesus raised her son: “God had visited His people.” She understood the incarnation.

Israel, and we today, forget the incarnation. The line where God ends and we begin gets fuzzified, so that we ascribe powers to our own abilities to make a “visitation.” Instead of God being present to help His people, “We are the ones we’ve been waiting for.” Yes, “we are the ones” who will bring about the kingdom of God on earth. Israel had this disease, as we do today. As St. Paul said of Israel in this week’s epistle, “they have a zeal for God, but not according to knowledge. For they being ignorant of God’s righteousness, and seeking to establish their own righteousness, have not submitted to the righteousness of God.”

There is a zeal for God not according to knowledge, a zeal in which we establish our own righteousness, and it’s what happens when the line between God and man becomes fuzzified, so we live under the deceit that what we’re setting up is really God in us doing it. Again, Israel had a “zeal for God” while “establishing their own righteousness.” How does that happen, but by that confusion of where God ends and I begin?

And again, that manner of being always ends up bloody and conflicted, without peace. It’s how the millenarian cults ended, how fascism ended, and how communism ended. All these movements are divinized mass movements, endowed with “God” because that line becomes fuzzified, because Christ, the true visitor, becomes abstracted out of His flesh and blood and reconstituted through political movement

Jesus is our visitation. In Jesus alone is the true peace that passes all human understanding. His body and blood. “The peace of the Lord be with you always.” At His birth, the birth of His flesh and blood, the angel announced, “Peace on earth.” “For He Himself is our peace, who has made both one, and has broken down the middle wall of separation, having abolished in His flesh the enmity.” In His flesh.

We still may end up in a bloody mess – martyrs and all – but we’ll be singing hymns on the way there. Yes, that truly is a peace that passes all human understanding.