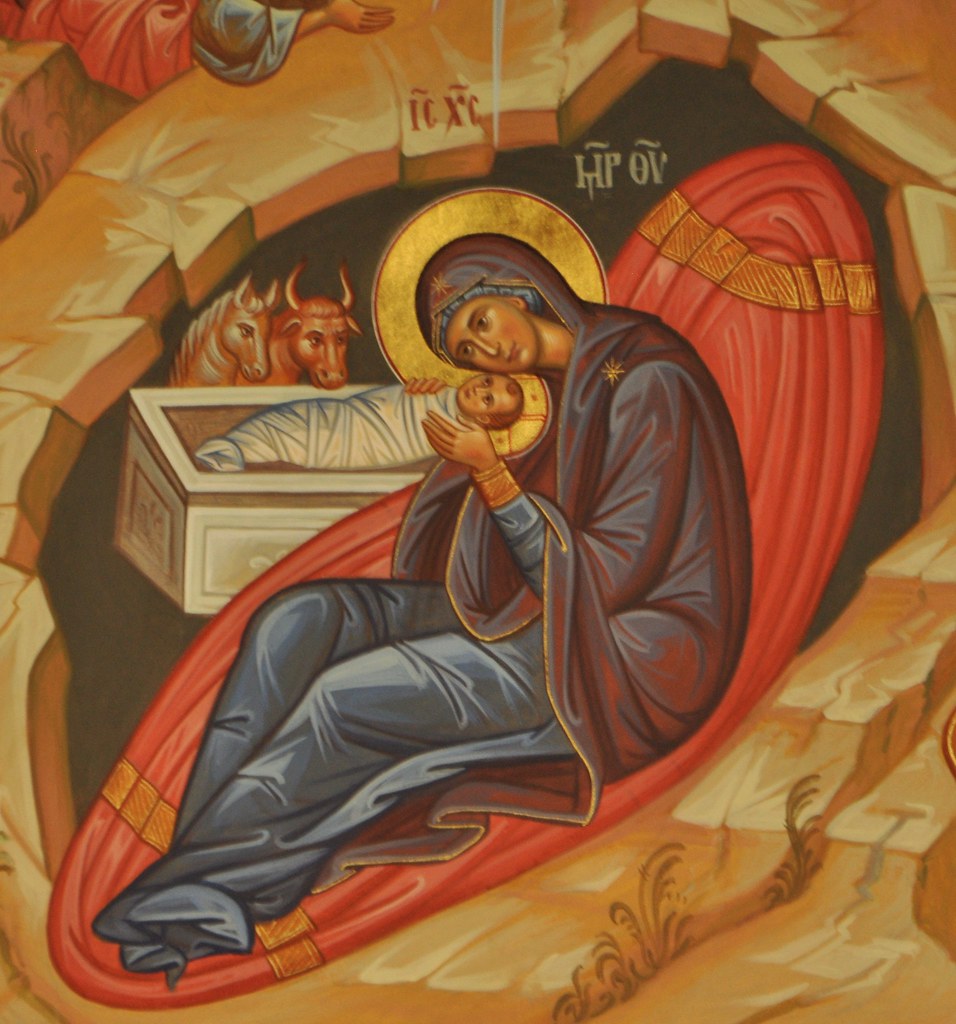 Then He answered them, saying, “Which of you, having a donkey or an ox that has fallen into a pit, will not immediately pull him out on the Sabbath day?” And they could not answer Him regarding these things.

A donkey or ox fallen into a pit. That’s us in this little parable. Not a lion, a spider monkey, or a horse; not some proud animal with great assets, but a donkey or an ox, an animal which was helpless in a pit. That alone tells us something about fallen condition.

But there’s more going on here than a simple metaphor about our fallen condition, although that is clearly the starting point, even as the text outright uses the word “fallen.” Look at the first two verses of Isaiah:

Hear, O heavens, and give ear, O earth! For the LORD has spoken: “I have nourished and brought up children, And they have rebelled against Me; The ox knows its owner And the donkey its master’s crib; But Israel does not know, My people do not consider.”

After the Christ child, the most enduring element of nativity scenes in Christian iconography, even more enduring than Mary, is that of the ox and donkey. This verse is one of the reasons why. Only the ox and donkey ultimately knew their owner, and their master’s crib. Only they knew the Father and the Son.

Beyond that, the ox was a clean animal, and the donkey was unclean, possibly symbolizing the coming together of Jew and Gentile over the feeding trough where the bread of life was in the “house of bread,” Bethlehem. That is, Jew and Gentile brought together in the Eucharist.

As St. Paul writes, “For He Himself is our peace, who has made both one, and has broken down the middle wall of separation, having abolished in His flesh the enmity, that is, the law of commandments contained in ordinances, so as to create in Himself one new man from the two, thus making peace, and that He might reconcile them both to God in one body through the cross, thereby putting to death the enmity. And He came and preached peace to you who were afar off and to those who were near. For through Him we both have access by one Spirit to the Father.”

Some note how the manger in Christian iconography often has the form of a tomb, the Christ child is often seen wrapped in His swaddling cloths much like a wrapped body, and the place where Jesus born is often depicted as a cave, with the light from the star above shining into its darkness.

Our Gospel for this week brings some of these symbols together. In the pit is the donkey and ox. That’s where we – both Jew and Gentile – have fallen. Jesus, the light from heaven, descends into the pit, to its cavernous depths, in order to save us. He dies to get there, for He must invade the realm of death (the pit) in order to save we who are cursed by it. And as we’ve been focusing on this week, He does it on the Sabbath, fulfilling our Sabbath Day rest.

But already at the nativity His mission began. The manger was a feeding trough, the place where ox and donkey fed. Another word for “manger” is crib, so with much justification the early iconographers would work the Isaiah prophecy into their icons – surely the donkey and ox were recognizing their owner and master in that crib; surely they were present there at the manger scene. This week’s Gospel gives justification for the comparison of the crib to a crypt, or a sarcophagus. It’s where Jesus entered the pit in order to save us.

We should note here another parallel from the Gospel of Luke with this week’s Gospel. Jesus heals an woman with an infirmity for eighteen years. The ruler of the synagogue gets indignant and tells Jesus He has six days a week to heal, why heal on the Sabbath? Jesus says, “Hypocrite! Does not each one of you on the Sabbath loose his ox or donkey from the stall [manger], and lead it away to water it?”

Here, the donkey and ox are loosed from the manger, the tomb-like crypt, and led to water. Yes, this is the same “loose” that Matthew uses to describe the power of the keys; yes, this is a power that the powers of hell (the pit) have no power over; and yes, there’s water here. And who cannot see the baptismal imagery going on there?

But then this takes us away from the Eucharistic symbolism, for why would we be loosed from the trough where the bread of life lay, in the house of bread, Bethlehem?

So back to the Eucharistic symbolism. Some also note how, while eating the flesh of a lamb is a clean thing to eat, drinking blood is not. As ox (clean) and donkey (unclean) come together, so do these two elements come together.

What we have going on here is a passage rich in symbolic nutrients. It’s almost like God’s Word has multifaceted depths, like a diamond, to explore!

Well duh. Bottom line, the text from the Old Testament straight to Jesus takes good care of the donkey and the ox, a company among which we are happy to claim a place