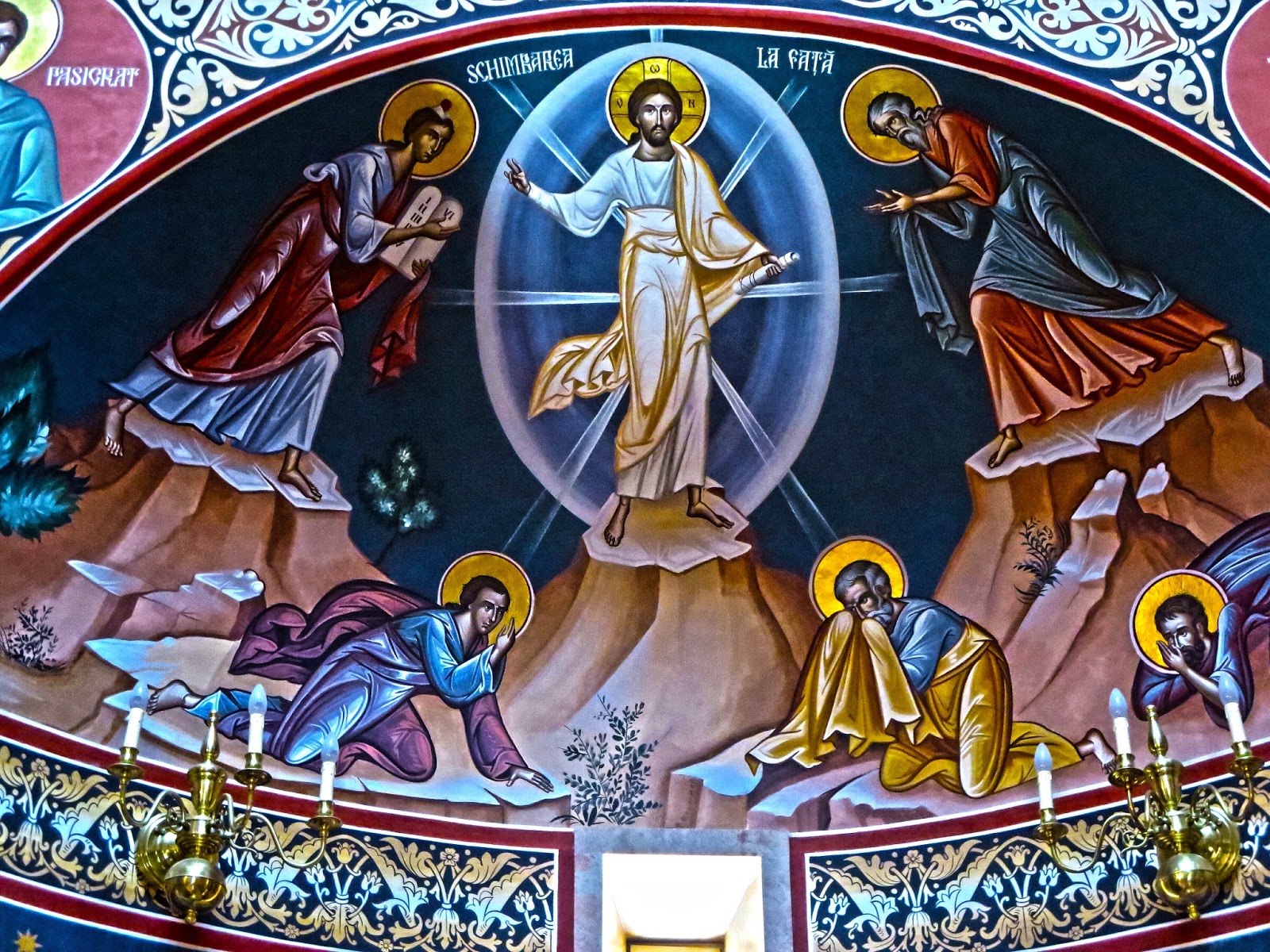 Now after six days Jesus took Peter, James, and John his brother, led them up on a high mountain by themselves; and He was transfigured before them. His face shone like the sun, and His clothes became as white as the light.

Gnostic spiritualities typically have some sort of “ascent experience.” Their mystical understanding reflects their teaching that matter, physicality, and flesh are prison houses for the mind out of which mystical ascent can take us. The higher you ascend, the more distant you are from physical entrapment. As you leave even the stars behind, you also leave their fatalistic influence on your soul. That is the goal of the gnostic.

Remembering that Gnosticism is the devil’s theology, and it apes the Gospel at every point, we most certainly affirm an “ascent” aspect to Christianity. We see it in the transfiguration event. Jesus “led them up on a high mountain.” And this isn’t an isolated event. As one professor once put it in one of my seminary classes, “Often wherever there’s a mountain in the Scriptures, God’s going on.”

Of course, pulling the curtain open to the devil’s mechanisms, we see that the devil only wants us out of our bodies because that’s where death is. He wants the dissolution of God’s creation. He loves spiritless flesh, and he’s lord were flesh has lost its spirit. In that way he is “Lord of the maggots and flies” (Beelzebub).

Gnosticism paints that rotting corpse of a theology in pretty hues.

The Lord’s statement of Christ that He is His beloved Son is really just a riff off of “He looked at what He made and it was very good.” It just so happens that, due to the fall, His Son was the only thing in all the creation that reclaimed that status of “very good,” and so was the only source and hope of the rest of the creation claiming that status as well. Hence the baptism of Christ, where Jesus placed Himself in the “face of the waters” so that the Holy Spirit could hover over and a new creation begun – those jumping in those waters share in that new creation.

We see “ascent and descent” elements strongly in the transfiguration event. But instead of the ascent being an escape from material order, biblical ascent is more like…perpendicularizing the horizontal nature of history. This needs to be distinguished from Voegelin’s “immanentizing the eschaton.”

Voegelin’s phrase means “to make present politically what is intended as an end times reality.” Our coined phrase means, the higher we go with Jesus, the closer we are to the eternal realities inaugurated at the end of time. Voegelin’s phrase was a critique on Gnosticism and its influence in politics – a furtherance of that “devil’s theology” and aping of the Gospel. It’s the Antichrist’s “evangelical” program to inaugurate a world without war, famine, and pestilence through the movements of divinely-inspired people “working with God” to bring about His kingdom.

What it’s missing is the realization that history is God’s work, because there can be no history without matter. Matter introduces change, and change means time, and time means history. God owns every single so-called debacle in history – the devil is His little pawn in this process. He owns it, and the sanctified vision of the Christian is able to confess the whole world – and its history – full of the goodness of the Lord.

But that sanctified vision comes from above. As St. James writes, “Every good gift and every perfect gift is from above, and comes down from the Father of lights, with whom there is no variation or shadow of turning. Of His own will He brought us forth by the word of truth, that we might be a kind of firstfruits of His creatures.”

That is where the ascent comes in. We see here that “good gift” James identifies with God’s Word. Which brings us back to the transfiguration.

Here is a passage from Proverbs 30 serving as a perfect background to James and the transfiguration event:

Surely I am more stupid than any man, And do not have the understanding of a man. I neither learned wisdom Nor have knowledge of the Holy One. Who has ascended into heaven, or descended? Who has gathered the wind in His fists? Who has bound the waters in a garment? Who has established all the ends of the earth? What is His name, and what is His Son’s name, If you know? Every word of God is pure; He is a shield to those who put their trust in Him. Do not add to His words, Lest He rebuke you, and you be found a liar.

It’s almost like the Lord gave the transfiguration event specifically to answer this Proverb! We are stupid regarding knowledge of the Holy One – we’re with Peter throwing out ideas about tabernacles based on our limited understanding. Who has ascended to find this information out? Who knows God’s name and His Son’s name? Well, it’s the one who led the disciples with Him up the mountain! It’s Jesus! He taught us God’s Triune Name. It was revealed even there on the mountain: “This is my beloved Son!” You mean “Jesus only”? That one who remained after the miraculous event?” Yes, Him!

Do not add to His words. No, as the Father said, “Hear Him.” Anything more than Jesus’ word is a lie.

When the scene ends, they go down the mountain, but not alone. They go with the One who incarnates God’s Word. This makes God’s Word readily imminent. Yet, at the same time, the three disciples carry their witness of eternity with them. This “Jesus only” – their mundane friend and rabbi sweating with them in Palestine – is one mountain-ascent away from a transfigured and eternal reality in which He is supreme. He’s one mountain-ascent away from His end time reality! Wow!

Is that same possibility available to us? It absolutely is! It’s what faith is, as opposed to gnosis. Gnosis is an “experience,” a bodiless escape from the real world into an alternative, phantasm-based world. Faith is a vision absolutely rooted in every sensate thing you see marching before your eyes, ears, tongue, flesh, and smell. Again, it’s how we are able to see the goodness of the Lord in the world.

This vision, after all, is what Jesus promised the Holy Spirit would deliver: “He will take of what is Mine and declare it to you.” It all centers in the Word painting that vision, that “good and perfect gift from above.”

Faith looks at the “Jesus only” on a cross and sees the transfigured end-time Jesus; therefore faith can look at a cancer-addled sad situation and all awful sights, and see incredible brightness and glory. That is the Christian ascent “experience.” It’s a transfiguring of our world here into a “from the end times perspective” reality.

This vision is what makes sense of Psalms like Psalm 34, of which here are select portions; note its final connection to the cross:

I sought the LORD, and He heard me, And delivered me from all my fears. They looked to Him and were radiant, And their faces were not ashamed. This poor man cried out, and the LORD heard him, And saved him out of all his troubles. …Oh, taste and see that the LORD is good; Blessed is the man who trusts in Him! …The LORD is near to those who have a broken heart, And saves such as have a contrite spirit. Many are the afflictions of the righteous, But the LORD delivers him out of them all. He guards all his bones; Not one of them is broken.