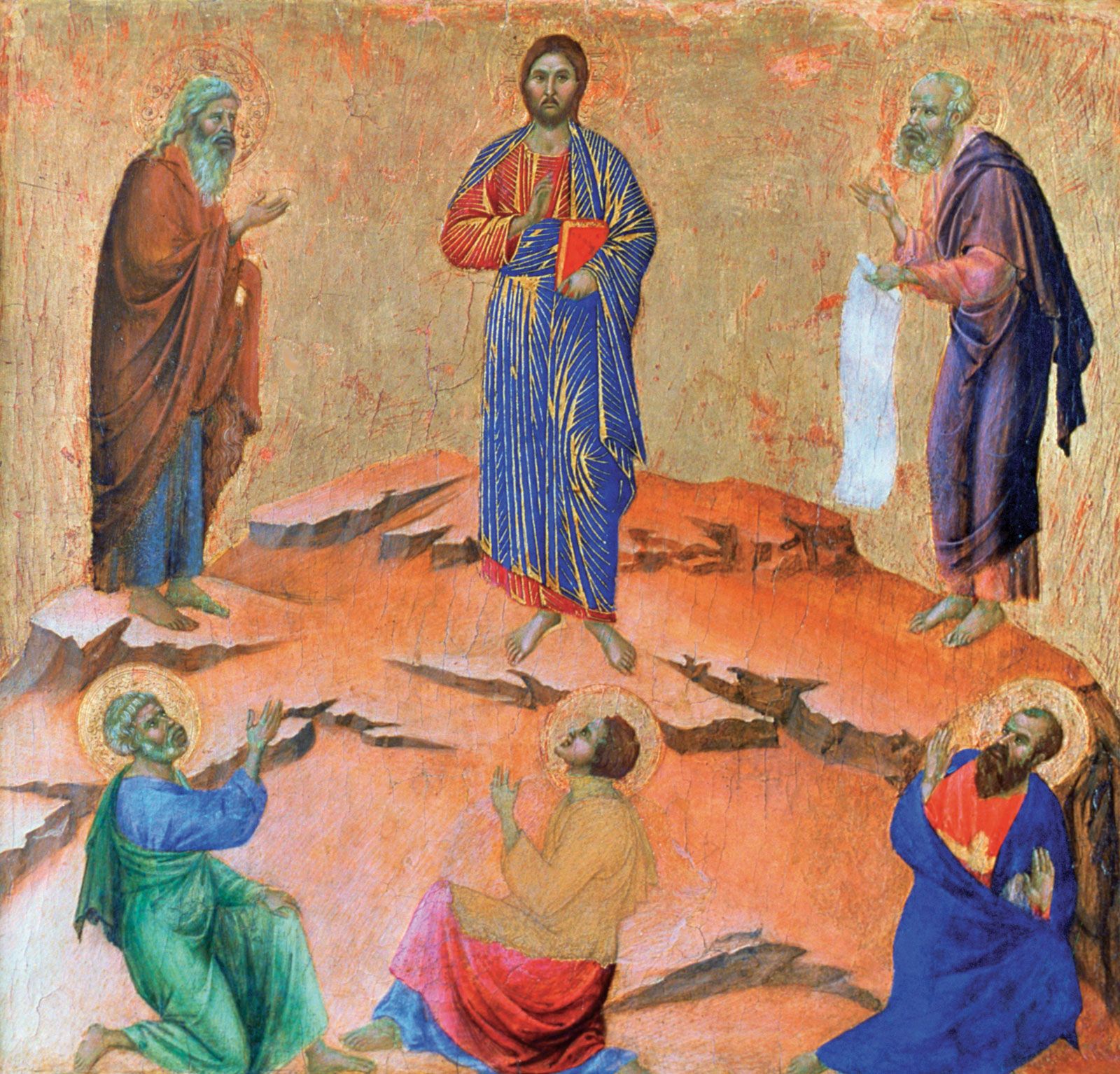 And behold, Moses and Elijah appeared to them, talking with Him. Then Peter answered and said to Jesus, “Lord, it is good for us to be here; if You wish, let us make here three tabernacles: one for You, one for Moses, and one for Elijah.”

To understand Peter’s thinking, you have to review the last chapter of Exodus and the first chapter of Leviticus. Peter’s mind and faith still had that “old wineskin” quality, as all Jews would have, of course – the seed of the Gospel bears fruit with patience. Many a sermon has mocked Peter as an impulsive dolt whom God Himself had to straighten out. “Listen to him” is taken in the sense of, “Straighten up and listen to your mother!”

No. Peter was being a good theologian according to the Old Testament doctrine. Tabernacles are places of meeting where God descends and brings His Word. Here is the last verse of Exodus and the opening verse of Leviticus: “For the cloud of the LORD was above the tabernacle by day, and fire was over it by night, in the sight of all the house of Israel, throughout all their journeys. Now the LORD called to Moses, and spoke to him from the tabernacle of meeting…”

The tabernacle was a veil for God, so that He could be among His people and guide them with His Word and presence. The naked presence of God would destroy His people, so this was the only way. Moses and the great prophets became His mouthpiece.

But the new wine was about to be poured, and the old wineskins couldn’t contain it.

The new wine is that Jesus is the incarnate word. He needs no tabernacle because He is the tabernacled Word, as St. John writes, “The Word became flesh and tabernacled among us.”

Gone is the mountain, and the “portable mountain” (the old tabernacle and temple), because “the Lord God Almighty and the Lamb are its temple.” No old “Mount Zion” (the temple) is needed. A new “Mount Zion” is at hand.

Gone is the overpowering brightness and the fear. Rather, as Jesus says when His brightness fades away for another day, “Arise, and do not be afraid.” And there they saw “only Jesus.”

This is the new mountain, the one Hebrews talks about contrasting that fearful one of old. It’s the humble country church where believers reverence an altar made of plywood, because their faith transfigures that item into the throne of God. They do it in confidence, peace, and comfort, knowing that lurking behind these realities is a “consuming fire” – the transfigured Lord – but in the end, the whole point of the Lord’s program is to bring about a “perfect love that casts out fear.”

The majestic vision goes from awesome to mundane, while at the same time the meaning of what was seen goes from great to eternally majestic, three great prophets to one mundane Lord God. That’s the beauty of the incarnation, and that is the beauty of the faith of which Peter, James, and John became the primary witnesses.