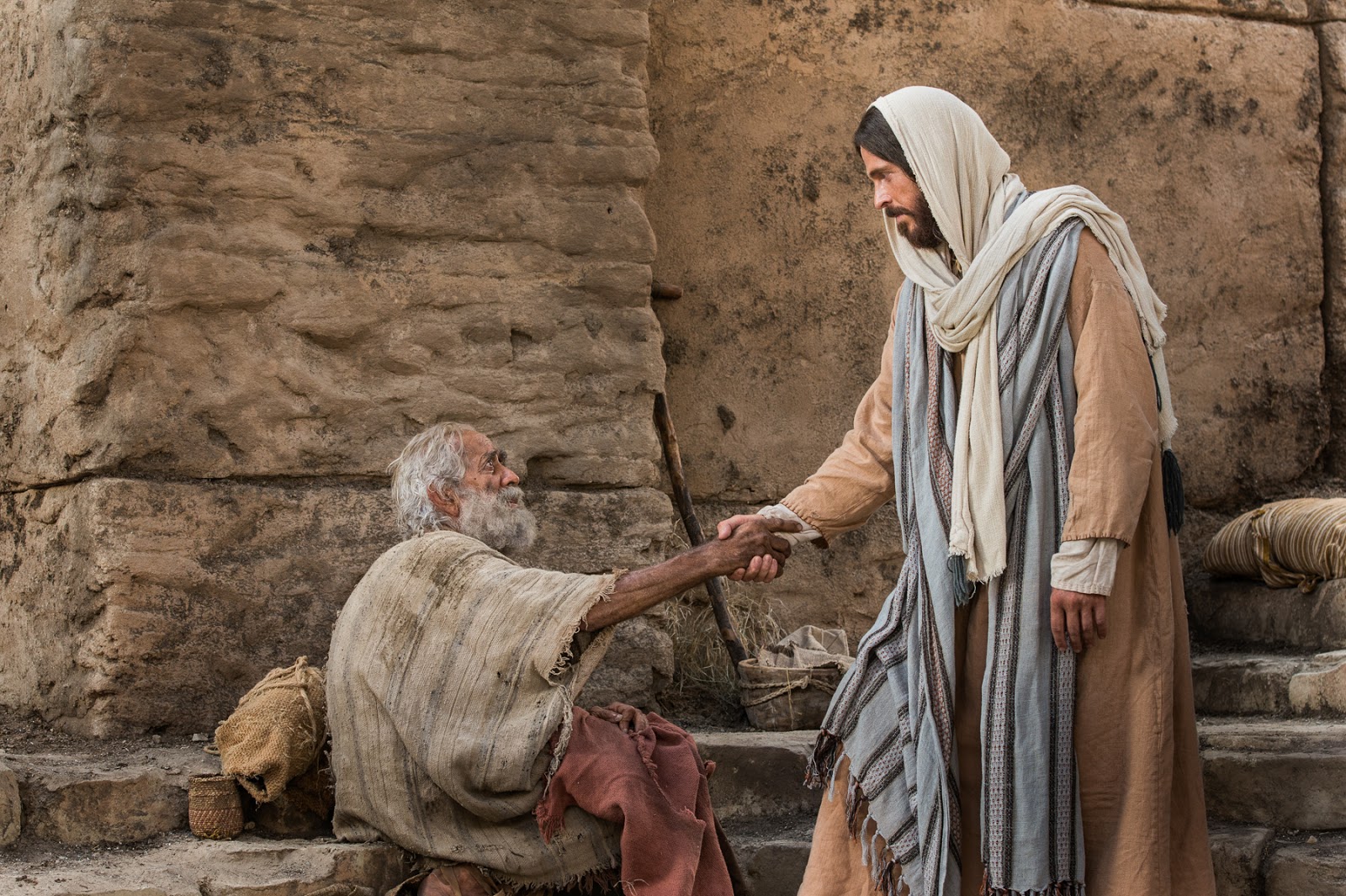 Then Jesus put out His hand and touched him, saying, “I am willing; be cleansed.” Immediately his leprosy was cleansed. And Jesus said to him, “See that you tell no one; but go your way, show yourself to the priest, and offer the gift that Moses commanded, as a testimony to them.”

We see here that the will of God is to heal. “Thy will be done” is answered in such a way, that the Lord God uses His divine authority and power to heal us from our diseases. This statement of Christ – “I am willing” – lays the foundation for chapters eight and nine in Matthew, as we see broken situation after broken situation fixed by the Lord. Christ’s will alone leads to this massive construction project of human bodies and souls.

God’s will is implicitly the foundation of the entire created order, is it not? Because even before those first words were uttered, “Let there be…,” something in God directed Him to get to that point in the first place. And that is what we call His will. God’s will is the foundation for the Word going forth to do its salutary work. The will of God is always best, says the hymn. St. Paul calls it the “good and acceptable and perfect will of God.” And Peter repeats several times that God’s will is for us to do good, even it means we must suffer.

If we were to posit an order, so to speak, it might go like this: God’s will, His Word issued forth, the creation of abundant life-generating stuff, the declaration that this is good. God’s will indeed results in good things, things that abound in grace. That’s the order of creation, but also the order we see in the Gospel for today. Jesus is willing; He speaks His word, “be cleansed”; things abound in grace and goodness.

This is the world God created by His will, put us in, and in which we can live. When confronted with the will of another, in a sense, we are placed in that person’s world. His will also produces words that create a little mini “cosmic architecture” in which we find ourselves. Have you ever found yourself locked into someone else’s “cosmic architecture”?

When that “cosmic architecture” is love, life-affirming, and healthy for our souls, that is a good reflection of God’s good order. It’s the use of the wholesome tongue as a tree of life, as the proverb says. Really what’s going on is the person is passing on God’s cosmic architecture. Ideally, this is what church should be. He is yielding his will to the Lord’s “will be done.” Here’s the interesting point: he needs no one else’s reactions or responses to construct his realm; he’s in God’s realm and no one can take that away!

More often than not the reverse happens. That “cosmic architecture” in which we find ourselves is rooted in one person’s idiosyncratic will. It’s ultimately a utopian new world that he feels should supplant the current one. The will that founds this cosmic architecture – and therefore the words that follow – cannot look at the real world and declare “the earth is full of the goodness of the Lord,” but are always tasked with proposing a new world.

This underlying will is set against God’s will and takes many forms. It founds the bitter person who only sees an awful world set in juxtaposition to a world he thinks could be.” But it also founds the charismatic and motivational speaker who, for a few hours, has the power to build a fantastical world that, wide-eyed, the crowds love to be in…only to come crashing down a few days later.

Of course, this underlying will fuels modern marketing: “This world could be yours if only you just purchased this product.” Here, the will of a magician craftily fuses with your own, as you get lured into the phantasm world of the commercial and believe this is your world.

Words create worlds, and wills produce words. Jesus’ will produces life, healing, and new creation. And there is an opposing will that does the opposite, and does it quite deceitfully. That is the devil’s will.

Whenever confronted with the worlds arising from the words generated by another’s will, we always have the choice to leave. Never the choice to remain, because when someone utters a word, you’re in his realm whether you like it or not. But we do have the choice to leave – this is a capacity God has given us. And that might simply be a matter of choosing not to entertain or even hear the words of the perverse will – two people can occupy the same space and be in two completely different worlds! This is true for the hypocrite sitting in church but also for the “happy warrior” joyfully going about his business in a toxic situation.

And we can leave the perverse worlds arising from the words of perverse people, who only see a world lacking what could be, lacking the goodness of the Lord. The world of the creation, and the world of the new creation (the Church), both of which have arisen from God’s Word, which was generated by His will, are worlds give to us. We always have the choice to leave.

The leper didn’t choose to leave. He made a statement, that Jesus has the authority and power to create a new reality from the fallen existent one. He was right. And Jesus created that world for him, a world in which he was healed.

We too have been given this world. We were baptized into it. We worship in it. We serve in it. And if we reflect the goodness going on in it, always praying “thy will be done” (not ours), our own words can extend the wholesome world of the Church into the lives of our own neighbors.