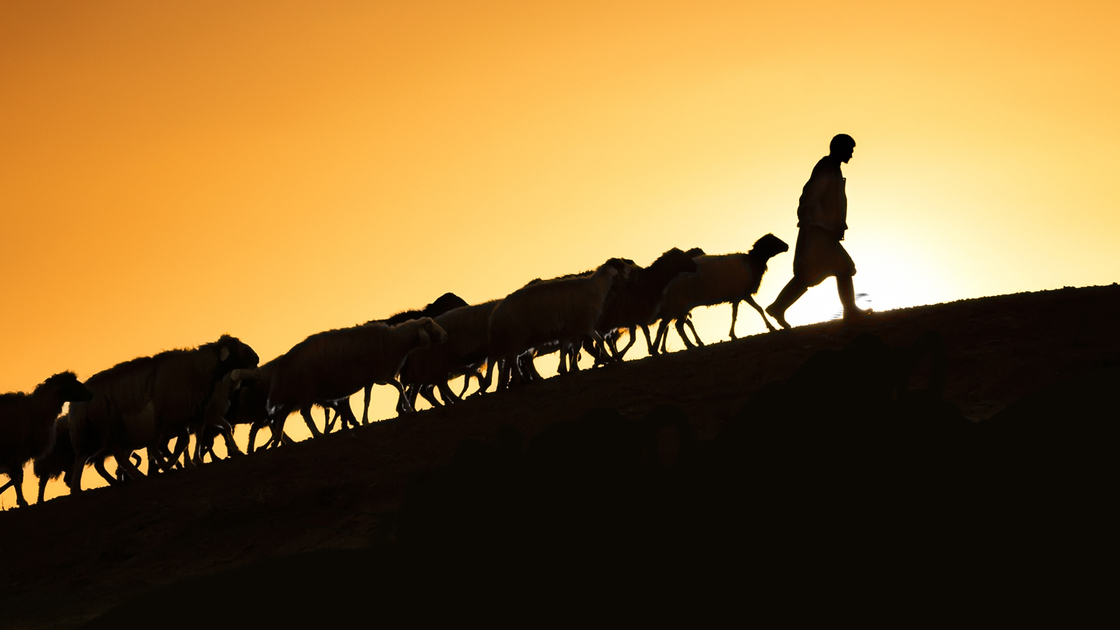 But a hireling, he who is not the shepherd, one who does not own the sheep, sees the wolf coming and leaves the sheep and flees.

What’s wonderful about the “Good Shepherd” passage is the cast of characters introduced. Of course there’s the Good Shepherd. We’ve spent a lot of time on Him. He demonstrates to us that God is good; His goodness is revealed in Christ; Christ shows this goodness by dying for us and giving us His flesh and blood to eat and drink; we thank God for this always.

But there’s also the sheep, the hireling, and the wolf. Each one deserves a little case study. First, the sheep.

Some like to use the derisive term “sheeple,” to describe the sort of people who blindly follow whatever they hear on the news, or whatever some politician tells them, or who follow the crowd. This smacks of elitism.

Elitism clings to human nature even as Gnosticism is the theology of a fallen human nature (the human attempt to figure out meaning in a fallen world on their own) which naturally believes it’s “in the know” about the truth, while meanwhile everyone else is just following the crowd.

Or else the philosophy of Frederick Nietzsche might fuel their elitism. Nietzsche divided the world into masters and slaves, supermen and the herd. Most people, of course, are the herd, but those such as he – and those who think like him – are the supermen who triumph over herd-like thinking. They don’t follow; they create new values and new truths.

Nietzschean thinking actually intersects with Gnosticism on this point. Both begin with a “death of God” premise. Gnostics reject the “God of this world,” and Nietzsche famously said, “God is dead.” Gnostics saw salvation in a transcendent, trans-cosmic God who had nothing to do with this world. Nietzsche’s salvation was more subtle, but like the Gnostics he posited a meaning that transcended anything reason or revelation could provide, a salvation centered on the Self’s creation of values, which loops back to Gnosticism which also centered salvation on the self.

Here’s a truth: Until anyone can come back from the grave and tell us the ultimate truth about things, everyone’s a sheep. Everyone’s wandering around in the dark trying to figure things out. I have to laugh at the scientist confidently telling us what’s what in the universe. Are they aware not too long ago the thinkers of the day told us the world was flat? Why? Because that’s what was observed – the world sure looks flat to me! Of course, someone would say, “Yeah, but they didn’t have the full picture from which to make their observations. They didn’t have all the tools.”

And how is that any different than what’s going on now? Do you think scientists have all the tools, and all the data, and the correct theories, to really understand what’s going on out there? Goodness, they know very little about dark matter and dark energy, which make up the majority of the universe! They know nothing. They’re sheep wandering around.

We could go on and on with all sorts of topics. We are all sheep wandering around going “baaa.” Even Nietzsche. Especially Nietzsche. Nietzsche was a writer using the written word to prove there’s no such thing as writing – every word he writes binds him up in a paradox. He did the same with philosophy. “All philosophers are just projecting their neuroses.” OK, keep on doing your philosophy you philosopher Nietzsche. No wonder the poor fellow died insane.

And there’s no escaping being sheep. The Shepherd doesn’t turn the sheep into eagles. Yet how often to people turn Christianity into a self-empowerment spirituality, or Christ into some sort of self help guru. As if Christ came to turn the sheep into something they’re not. No, there’s no suggestion of that in this week’s Gospel.

There’s only the Shepherd, and following Him. To embrace ourselves as sheep is to embrace our Lord as our Good Shepherd. It’s to be tunnel visioned as far as the world goes. Lots of voices out there, from hirelings and wolves. These are they who take advantage of the sheep. But the sheep hears only the Good Shepherd.

Why? Because He is the one person in all of history who went to the grave and back and told us the ultimate truth about things. So we care about what He has to say. Everything else is “baaaa.”