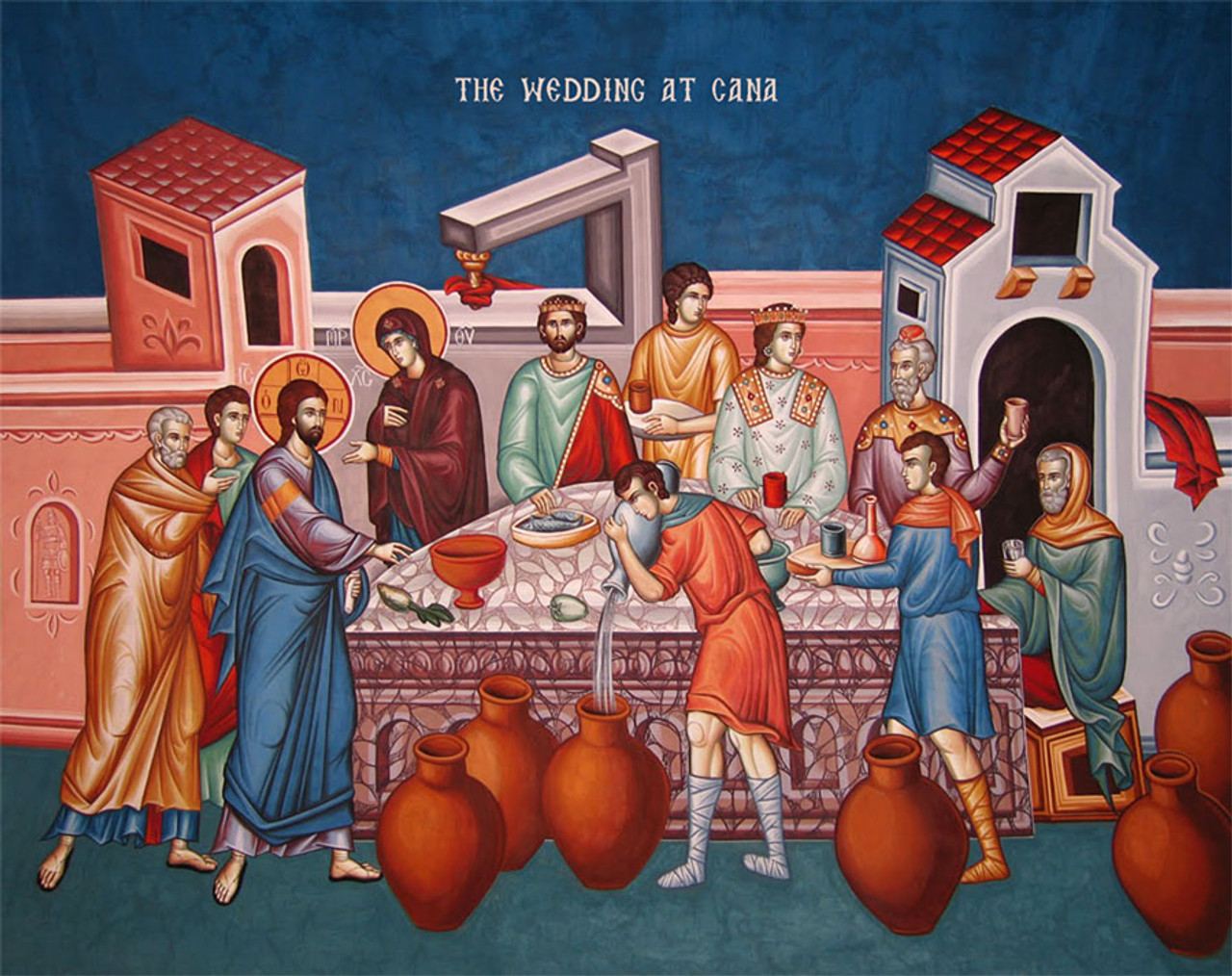 So much glorious theology, so little time!

In the Old Testament, Exodus 19, there is what some could interpret as a marriage between God and His people. It’s when the Lord appeared to Moses and told him to pass on these words to Israel: “You have seen what I did to the Egyptians, and how I bore you on eagles’ wings and brought you to Myself. Now therefore, if you will indeed obey My voice and keep My covenant, then you shall be a special treasure to Me above all people; for all the earth is Mine. And you shall be to Me a kingdom of priests and a holy nation.”

Israel responds, “All that the LORD has spoken we will do.” Put another way, “I do.”

When that “third day” arrived, well, here’s a report of it from the book of Hebrews: “the mountain…[could not] be touched and burned with fire, [it was accompanied by] blackness and darkness and tempest, and the sound of a trumpet and the voice of words, so that those who heard it begged that the word should not be spoken to them anymore.”

So much for that “third day”!

Well, as with all things Jesus, there’s a new “third day” in town, and He demonstrates it at the wedding at Cana, giving an image of the new marriage between God and His people.

Let’s follow up with Hebrews and how the author gives a contrast to the image above: “[Y]ou have come to Mount Zion and to the city of the living God, the heavenly Jerusalem, to an innumerable company of angels, to the general assembly and church of the firstborn who are registered in heaven, to God the Judge of all, to the spirits of just men made perfect, to Jesus the Mediator of the new testament, and to the blood of sprinkling that speaks better things than that of Abel.”

The old marriage contract (the old covenant) only resulted in terror and fright. It parallels what the “blood of Abel” spoke, which is vengeance. But Jesus’ blood speaks something better. What does it speak? Let’s look at what the author of Hebrews was referencing regarding the “new testament.” It comes from Jeremiah 31:

Immediately after that the Lord says that as long as the sun, moon, and stars shine, He will keep His ordinance with Israel. But look at these verses:

From Isaiah: Behold, the day of the LORD comes, …the stars of heaven and their constellations Will not give their light; The sun will be darkened in its going forth, And the moon will not cause its light to shine.

From Joel: The sun shall be turned into darkness, And the moon into blood, Before the coming of the great and awesome day of the LORD.

And later from Joel, this clincher verse: Multitudes, multitudes in the valley of decision! For the day of the LORD is near in the valley of decision. The sun and moon will grow dark, And the stars will diminish their brightness. The LORD also will roar from Zion, And utter His voice from Jerusalem; The heavens and earth will shake; But the LORD will be a shelter for His people, And the strength of the children of Israel. So you shall know that I am the LORD your God, Dwelling in Zion My holy mountain. Then Jerusalem shall be holy, And no aliens shall ever pass through her again. And it will come to pass in that day That the mountains shall drip with new wine, …

So, when the sun, moon, and stars “go out,” the Lord creates a new ordinance with Israel, a new creation, symbolized by new wine. What does that new “blood” speak, the blood of sprinkling? And how is this connected to the new wine of the new creation? And how in this a fulfillment of the day when “there sin I will remember no more”?

Well duh: “this is My blood of the new testament (covenant), which is shed for many for the remission of sins.” What does this blood “speak”? Of course, it speaks forgiveness, in fulfillment of the Jeremiah prophecy.

And then there’s this.

Pentecost was a “new wine” harvest festival celebrating the “latter rain,” which is why everyone thought Peter was drunk at 9 AM. And it was the giving of the Holy Spirit. Jesus breathed the Holy Spirit upon His disciples and with that breath authorized them to forgive sins. There’s that “blood of sprinkling” speaking better things again!

And here’s the connection to Cana, also from Joel: “Be glad then, you children of Zion, And rejoice in the LORD your God; For He has given you the former rain faithfully, And He will cause the rain to come down for you – The former rain, And the latter rain in the first month. The threshing floors shall be full of wheat, And the vats shall overflow with new wine and oil.

The new testament in Christ’s blood, in the new wine, speaks forgiveness by the Holy Spirit, through the apostles. We contemplated yesterday how Jesus selecting the apostles on the second through fourth days paralleled the Lord’s setting up of the architecture of the old creation. He was setting up the “lights” in the heavens – the new sun, moon, and stars – who would spread a new Light throughout the world.

We quoted Psalm 19, which St. Paul also did with reference to the apostles: “The heavens declare the glory of God; And the firmament shows His handiwork. Day unto day utters speech, And night unto night reveals knowledge. There is no speech nor language Where their voice is not heard. Their line has gone out through all the earth…”

Putting two and two and two and two (and more) together, on the eighth day (Resurrection; Pentecost; Lord’s Day), the lights of the old ordinance and its covenant – it’s marital contract – go out, and a new one begins. It’s a day on which a new blood speaks new things, and a new wine flows. That’s the Holy Spirit breathing His forgiveness into the wine, the blood of Christ.

The apostles bear witness to this light, just as John the Baptist did for Jesus, and carry this light throughout the world.

And that sets up the new architecture of our existence. The mystery of the Christian life is parsing out what it means to live ones existence in a structure built from the architecture of the forgiveness of sins.

That is, if John 1 and 2 have a chiastic structure, that could possibly place Jesus’ naming of Peter (Cephas) as the third out of five disciples, the middle one, the point in the chiasm. He builds His Church on this rock, meaning, the architecture of the new creation is founded on the rock, Peter’s Pentecostal sermon. This brings us back to the new day, the end of the old ordinance, the new wine, and also founds the new cosmic architecture of the Church on his words of his first sermon, which end:

“Then Peter [Cephas, the rock on which the architecture of the new creation is built] said to them, ‘Repent, and let every one of you be baptized in the name of Jesus Christ [born from above] for the remission of sins [the “better thing” spoken than the blood of Abel]; and you shall receive the gift of the Holy Spirit [who gives forgiveness and thereby begins renewal of the creation]. For the promise is to you and to your children, and to all who are afar off, as many as the Lord our God will call.” [The new lights traversing the sky to bear witness to the Light.] And with many other words he testified and exhorted them, saying, ‘Be saved from this perverse generation.’ Then those who gladly received his word were baptized; and that day about three thousand souls were added to them. And they continued steadfastly in the apostles’ doctrine and fellowship, in the breaking of bread [the new wine and new testament speaking better things than the blood of Abel], and in [the] prayers.’ ”